In the 11-12th episodes of The Rise of Phoenixes Chinese Drama Recap, Ning Yan is locked up because he was intention to kill Crown Prince and Emperor with the wooden statue. He thinks he will be released if he finds Feng Zhiwei. But Ning Yi tells him that he will die like Ning Qiao. 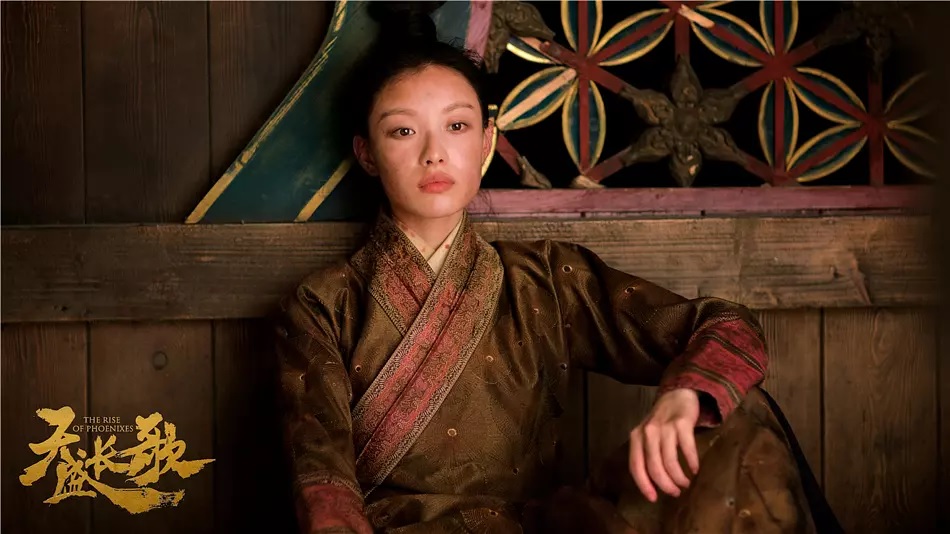 Note: From here on out there are specific plot spoilers for The Rise of Phoenixes Chinese Drama Episodes 11-12.

Zhao Yuan tells Ning Yi that emperor is sick, and asks him if he feels uncomfortable. Just then Ning Cheng breaks into, and says that the fox is missing. Zhao Yuan has to leave, and Ning Yi tells him to take care of emperor well.

Crown Prince is furious after knowing Chang Hai went to Prince of Yan’s house, and asks his follower to tell emperor that he is using magic. Gu Yan is shocked, and says it’s forbidden to use magic in the palace. Crown Prince says what he wants is emperor’s rage. Zhao Yuan wakes up emperor, and tells him that Ning Yi is sick like him. Emperor thinks he is old.

Feng Zhiwei runs into Prince of Zhao’s followers, and they want to kill her. Gu Nanyi kills those followers, and saves Feng Zhiwei. Xin Ziyan hides in the shadow, and sees it. Feng Zhiwei wants to flee, but Gu Nanyi stops her, and tells her someone asked him to protect her.

Xin Ziyan reports to Ning Yi that there is a guy is protecting Feng Zhiwei, and thinks it’s Qiu Mingying. Just then Gu Yan sends a message to Ning Yi that Crown Prince decided to get rid of Prince of Zhao.

Feng Zhiwei catches a rabbit, and Gu Nanyi sits there to watch on her. Prince of Zhao asks his followers to investigate after knowing Feng Zhiwei was saved by a man. Feng Zhiwei takes the rabbit, and walks to Gu Nanyi. But she finds out he is Ning Yi. Ning Yi asks her to pay off his kindness, she agrees it. He asks her to change the wooden statue she buried at east palace.

Feng Zhiwei asks Xin Ziyan to keep her because he promised he would get her a wish if she takes the token to visit him. But he thinks she comes from brothel, and refuses her. The silent Gu Nanyi says Xin Ziyan is a jerk. Xin Ziyan asks him why he thinks he is a jerk since it’s the their first time to meet. Gu Nanyi says that Xin Ziyan is a teacher, but visits brothel more often. Xin Ziyan agrees Feng Zhiwei and Gu Nanyi stay at Qing Ming academy, but he tells them that the academy belongs to emperor. So they have to obey Crown Prince’s order.

Zhu Yin is upset, and Ning Yi is curious why she isn’t happy since Ning Yan is locked up. She tells him that she lives for her father’s innocent, but she is lost when her goal is going to be achieved. Ning Yi tells her to leave Lan Xiang building, and looks for a good guy to get married.

Feng Zhiwei asks Gu Nanyi to wear the academy’s clothes, but he refuses it. Yan Huaishi shows up, and introduces himself to them. He recognizes she dresses herself up in boys clothing. Feng Zhiwei is curious why Gu Nanyi always wears bamboo hat, and finds out he is a handsome man after taking it off for him. He counts the meats in his bowl, and claims he only eats 8 pieces.

Ning Yan is drinking wine in his house, and Ning Yi sneaks into. Ning Yi tells him what he lives in his house. Ning Yan is furious, and thinks he won’t be the prisoner. But Ning Yi points out he gets capital crime. Ning Yan thinks he will be innocent if he finds Feng Zhiwei. Ning Yi laughs, and reveals Ning Qiao said same words 8 years ago. Ning Yan is stunned.