This is the recap for Chinese drama The Romance of Tiger and Rose: Episode 1. The younger master of tiger city Han Shuo is arranged to marry the second princess of rose city Chu Chu. Because tiger city got defeated.

The Romance of Tiger and Rose: Episode 1 Recap 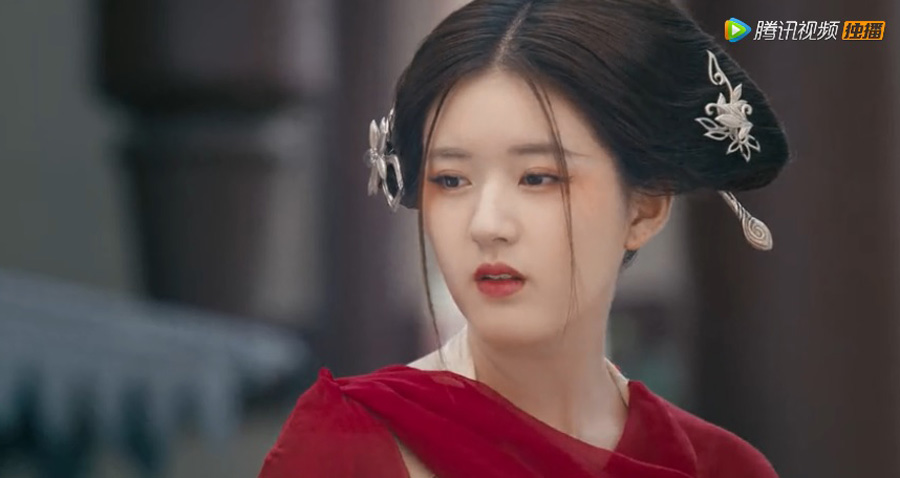 Note: From here on out there are specific plot spoilers for The Romance of Tiger and Rose: Episode 1.

Han Shuo plans a hero saving beauty plot to save Chu Chu for the dragon bone. But he saves the third princess Qian Qian when her horses get tripped.

Qian Qian asks to hold the wedding tomorrow. Han Shuo knows that the girl is Qian Qian, and he pretends to be dying. But she asks to send to her house before he dies.

Qian Qian is writing the Chinese drama “The Romance of Tiger and Rose” at home, and thinks she is a genius writer. But she notes that she hasn’t gotten payment for a long time.

President Zhang calls Qian Qian and tells her to talk about the script with Han Shuo, and he hangs up before she asks for payment.

Qian Qian visits Han Shuo on the set when he takes the sword to fly in the sky to fight with someone else. He tells her the role of “The Romance of Tiger and Rose” has some problems, and thinks Han Shuo won’t fall for Chu Chu.

Han Shuo tells Qian Qian that love is based on equality, and thinks Han Shuo won’t fall for Chu Chu in “The Romance of Tiger and Rose”.

Han Shuo tells Qian Qian to be in love so that she can write out the drama better. Qian Qian returns home and complains to President Zhang that Han Shuo didn’t listen to her.

Qian Qian sees the payment, and talks with President Zhang with sweet voice that she will rewrite the script. She keeps writing and falls asleep.

Qian Qian wakes up, and the men call her third princess. She opens the window and finds out that she stepped in the script she wrote.

Han Shuo tells the follower to kill the person who broke their plan, but the follower killed Qian Qian’s horse. Qian Qian is scared and thinks the next one will be her. She tells Zi Rui to cancel the flower cart with Chu Chu.

The follower gives the dagger to Han Shuo, and tells him to keep his chastity when he’s in danger. Because he heard that Qian Qian is good at martial arts. Han Shuo shows his martial arts to the follower, and thinks Qian Qian is worth of death.

The woman tells Han Shuo to wear the veil, and Huai Ji thinks it’s too absurd. Han Shuo stops it, but he cannot stand it when the woman intends to draw red point on his arm.

Qian Qian shows up, and Han Shuo offers to have a drink together. She agrees to it and tells him to take off his veil. Qian Qian recognizes Han Shuo and decides to take him away.

Qian Qian summons Zi Rui and tells him that Han Shuo intends to poison her. She drinks the wine and kisses Han Shuo. Qian Qian passes away, and her followers surround Han Shuo and Huai Ji with sword.

The woman wonders why tiger city sent a dying person to rose city, and thinks it’s whammy. Qian Qian rides the horse through the street. Her follower Zi Rui tells people to move aside. The man pushes the fruit cart to rush to Qian Qian. She flies in the sky. Han Shuo catches Qian Qian and makes her fall to the ground safety.

Qian Qian asks Han Shuo who he is. He tells her his identity, and she thinks he’s good looking. She tells Zi Rui to wash Han Shuo up and send him to her house. But Zi Rui reminds Qian Qian that the person’s marriage must be ordered by City Chief.

Qian Qian claims that there’re not any stuff that she cannot ask for. She wants to ask her mom for marrying Han Shuo. She tells him that the wedding is on tomorrow. Zi Rui helps Qian Qian get on the horse. She tells Han Shuo that she is the third princess Chen Qianqian.

Han Shuo pretends to be sick. Bai Ji cries out and tells his master to take the medicine. Han Shuo mentions what the doctor said that he would pass away before 20 years old. Bai Ji adds that Han Shuo cannot enjoy Qian Qian’s love. He tells her to take back her order as it related to the marriage of two cities.

Qian Qian learns that Han Shuo is going to die, and tells Zi Rui to send him to her house when he’s alive. She tells them to prepare for the wedding after returning to the hotel. She thinks Han Shuo is with bad luck to encounter her. She rides the horse away.

Chen Xiaoqian is writing the script and thinks she is a genius. She wonders when the boss will pay her. President Zhang calls Chen Xiaoqian and tells her that the script cannot be finalized. He adds that the hero Teacher Han has a problem, and it needs her to communicate with him. He says that they will film “The Romance of Tiger and Rose” if Teacher Han agrees to the script.

Chen Xiaoqian wants to ask about her payment. But President Zhang hangs up. She collapses and asks who will pay it to her.

Chen Xiaoqian arrives at the set. Teacher Han flies to sky and kills a person with his sword. Chen Qianqian walks to Teacher Han and introduces herself as the writer of “The Romance of Tiger and Rose” to him. He tells her that he read the script, and thinks there is a problem in the hero Han Shuo. So she asks what’s the problem. But he flies to the sky and kills the person again.

Teacher Han asks Chen Qianqian about Han Shuo’s motivation. She tells him that Han Shuo wants to get the treasure of rose city dragon bone. Because he’s the young master of tiger city. She adds that he has heart disease, and tells him that Han Shuo fell for Chen Chuchu. Teacher Han thinks the key is there, and asks why the role fell for Chen Chuchu unexpectedly.