This is the recap for The Wolf Chinese Drama: Episode 4. Bo King tells Wen Yan to find a place to sleep. Wen Yan leaves. Mo Xiao offers to go to drink a cup of tea. Bo King agrees to it. Gu Qingping visits Ma Zhaixing. Xiao Feng knows that he came to ask for marriage, and tells him that the princess is sick. 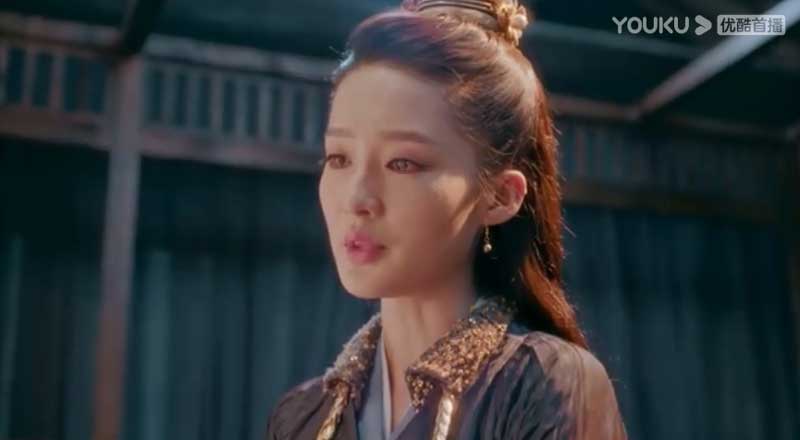 Note: From here on out there are specific plot spoilers for The Wolf Chinese Drama: Episode 4.

But Gu Qingping spots Ma Zhaixing and asks Xiao Feng about it. She asks him to guess out the colorful butterfly from the three wood boxes. He asks her if Princess likes butterfly, and thinks there is no colorful butterfly in the three boxes. He adds that he doesn’t come for marriage, and gives Princess the letter of his dad who intends to talk about how to save victims of a natural calamity with her.

Ma Zhaixing apologizes to Gu Qingping. He spots the Nvluo grass. Xiao Feng tells him that Princess likes the flower most. But he says that he doesn’t like it because it lives through relying on something. He tells Ma Zhaixing not to be locked up for someone because her life belongs to her. Xiao Feng tells Gu Qingping to drink mint tea. He rejects it and thinks Princess doesn’t want to be disturbed. He leaves.

Xiao Feng thinks Wolf Boy would appear early if he can be alive to appear. Ma Zhaixing takes a look at the bell and wishes the one who fell into the valley was her. She thinks she doesn’t have qualification to wait for him. Because she betrayed him when he trusted her so much. She thinks he’s forgotten her if he’s alive.

Xiao Feng tells Ma Zhaixing not to feel guilty. She points out that she drove Wolf Boy away didn’t come from her true heart. Ma Zhaixing thinks it’s not important, and wishes Wolf Boy to live well if he’s alive. She mentions he liked stuffed bun and sugar fruits.

Mo Xiao notes that Bo King stares at the stuffed bun. He wants to buy him it. But Bo King rejects it and claims that he’s not hungry. So Mo Xiao asks Bo King if he wants to eat sugar fruits. Bo King glares at Mo Xiao and tells him to do something if he’s free. Hai Die scolds Mo Xiao and thinks Bo King isn’t suitable for eating sugar fruits.

The shop owner tells Mo Xiao that they can drink the tea for free if he can answer the question of the poem. Wen Yan arrives and tells Bo King that they can have a rest in Wanan hotel. Bo King tells the shop owner that the answer is wolf, and thinks Princess likes to show off.

Mo Xiao visits the owner of Wanan hotel Mr. Fang, and tells him not to accept new guest because Bo King doesn’t want to be disturbed. He pays a bag of gold to him. Ma Zhaixing arrives with Xiao Feng. Xiao Feng wonders why Mr. Fang closes the hotel so early. He reveals the hotel was rented by someone.

Xiao Feng tells Mr. Fang that Princess wants to take a look at the stage of the shadow play. He agrees to it because Ma Zhaixing is the Princess. Ma Zhaixing tells Xiao Feng to stay outside. She walks into the hotel.

Mr. Fang says that Hong Er thinks she can find true friend since Little Wolf could make a friend of Xing Er. But Bo King tells Mr. Fang to tell his daughter not to believe the story. He thinks the person will betray her if he’s close to her.

Bo King tells Hong Er to force himself to be strong if she doesn’t want to be looked down. He tells her that it’s the survival path to stand on top of people.

Ma Ying thinks it’s good to give Ma army to Emperor to get reunion of his family. Ma Zhaixing thinks what her father did is right. But she worries that Emperor will still worry about the loyalty of Ma army. He laughs and thinks she shouldn’t stay in the city all her life. She learns that he knew she cancelled the marriage.

Ma Ying asks Ma Zhaixing if she still hates him. He says that he will feel guilty if she doesn’t get married all her life for Wolf Boy. She says that she doesn’t hate him because she knows he worried that she offended Emperor when he stopped her saving Wolf Boy.