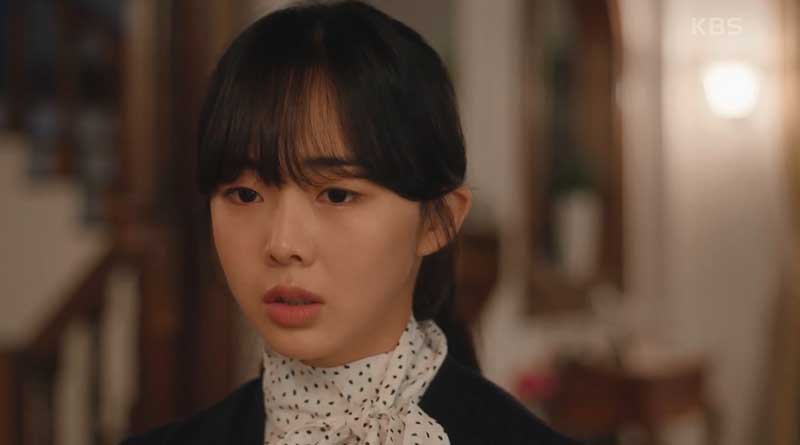 This is the recap for K-Drama Youth of May: Episode 6. Myung-Hee confesses her feelings for Hee-Tae in the engagement ceremony. But her confessing gets Soo-Ryeon and her families involved. She tells Hee-Tae that she doesn’t want to take the May without him.

Youth of May: Episode 6 Recap

Note: From here on out there are specific plot spoilers for K-Drama Youth of May: Episode 6.

Youth of May does a great thing from making Myung-Hee telling her feelings for Hee-Tae. The guy holds her hand and takes her running away from the engagement ceremony. Soo-Ryeon spots it and explains to her mom that her fiance was sick and he left. Myung-Hee lets Hee-Tae walk her home but she doesn’t allow him to get into her house. Because she worries that Jin-A will see him and brings a trouble. He understands her worry but he keeps her earring because he thinks he will miss her once he leaves her.

Myung-Hee tells Hee-Tae that she misses him as well, and keeps his tie. The police catches them when they’re going to have a kiss. He tells them to get a room to do that. Ki-Nam gives Hee-Tae a slap after he went home. He blames him for making him feel the shame. Hee-Tae stops Ki-Nam when his father is going to give him another slap. Ki-Nam tells Hee-Tae that he won’t just give him a slap if he hurts him again.

Soo-Ryeon visits Ki-Nam with the presents her father got her to give. Ki-Nam feels happy to accept the gifts. Youth of May gets Soo-Ryeon to see the slap mark on Hee-Tae’s face. She knows it was done by his father. She finds the photo of Hee-Tae’s mom from the book. She wonders why he had to hide it. He tells her that his real mom passed away. Soo-Ryeon feels sorry and reveals she misses her mom as well.

Myung-Hee goes to the church to work. She encounters Hye-Gun who throws a fit to her. He blames her for betrayed her best friend because he saw her running away from the engagement ceremony. Suk-Joong meets with Ki-Nam and asks him to arrange his nephew into Chang-Keun’s company. Ki-Nam rejects it because he just got gifts from Chang-Keun. Suk-Joong learns that his follower wants to protect Chang-Keun. So he tells him that he will get him to be the president if he helps him this time.

Soo-Chan drinks with Hee-Tae and tells him to take the responsibility even if he doesn’t like his sister. He reveals he saw him running away from the engagement ceremony. But Hee-Tae points out that Soo-Chan doesn’t do it for Soo-Ryeon. Youth of May makes Hee-Tae meet Myung-Hee again.

Myung-Hee is surprised that Hee-Tae visits her. Jin-A explains that the guy came to teach her the math. She takes him to her room. But he passes out when she’s going to play the music for him. Hee-Tae wakes up in the morning. He still holds Myung-Hee’s hand. He thinks it’s a dream, and it makes her feel shy. He has the breakfast Kyung-Pil prepared for him.

Jung-Tae wonders why Hee-Tae stays with Myung-Hee even if Myung-Hee explains that they’re just friends. Myung-Soo points out that Hee-Tae’s girlfriend is Soo-Ryeon. Myung-Hee takes the three to the amusement park because her brother has asked for it for a long time. Hee-Tae is cold to Jung-Tae when they’re playing in the amusement park.

Myung-Hee tells Hee-Tae to be nice to Jung-Tae when the two kids fall asleep in the bus. She tells him that his brother wants to get long well with him. Youth of May gives the two brothers a chance to be reconciliation. Hee-Tae asks Jung-Tae why he hates him. Jung-Tae complains that he became the son of mistress when he got back.

Soo-Chan waits for Myung-Hee when she walks Myung-Soo home. He asks her if she’s seeing Hee-Tae, and thinks Hee-Tae is a jerk. She admits that she’s seeing Hee-Tae. But she doesn’t want to change her mind because it’s the only decision she had made all his life. He’s hurt and goes to drink in the bar. He remembers she chose Hee-Tae’s shoes instead of his shoes.

Soo-Ryeon visits Myung-Hee and asks her why she brought the troubles since she’s going to leave after May. Myung-Hee feels hurt. Youth of May shows us the past that Myung-Hee got arrest because of Soo-Ryeon. Soo-Ryeon wonders why Myung-Hee still treated her as her friend since she hated her because of the thing.

Myung-Hee has a date with Hee-Tae. He notes that she’s not happy. So he asks her what happened. She reveals many people got involved because of her. She feels guilty. He tells her not to hide it from him from now on. Soo-Ryeon returns home. Her families and Ki-Nam are waiting for him. Soo-Chan blames Hee-Tae for betraying his sister.

But Ki-Nam thinks Soo-Ryeon knew it. He asks her about it. Soo-Ryeon claims that she didn’t know it. Youth of May throws the kiss. Myung-Hee notes that Hee-Tae doesn’t feel comfortable. So she asks him about it. He tells her that the happiness he never had before. It makes her give him a kiss. He’s moved and gives her a kiss back. She sees him off. But she gets kidnapped.