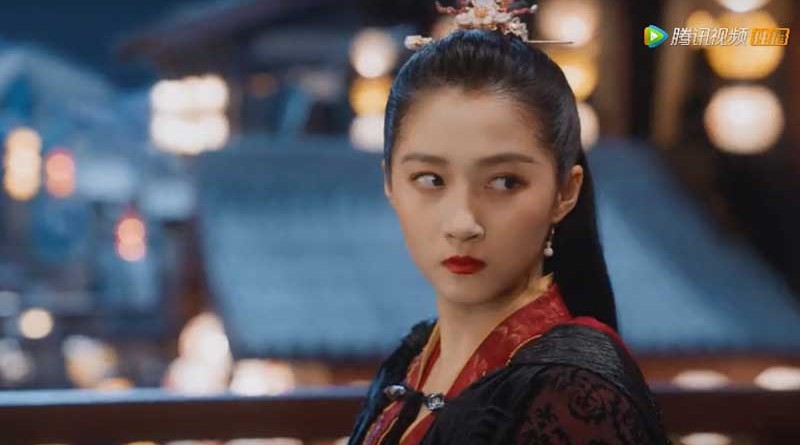 This is the recap for A Girl Like Me Chinese Drama: Episode 3. Emperor asks Xie Qilin to tell him the truth. Rong Xia reminds Xie Qilin that he should think about it more. Xie Qilin remembers Rong Xia returned the book to him and threatened to tell people that he met with the girl Shi Feixian.

Note: From here on out there are specific plot spoilers for A Girl Like Me Chinese Drama: Episode 3.

Xie Qilin tells Emperor that he hurt his eye himself. Emperor punishes Xie Qilin because he tricked him. Ban Hua mentions her dream came true, and thinks her family will be ruined after new emperor arrives. Ms. Yin tells Ban Hua to learn how to accept the pain. She wonders who is the new emperor.

Ban Hua sends the gift to Rong Xia for thanking him. He finds out that the present is the Mountains and Rivers Painting. The follower thinks the tiger symbol is in Ban family. Rong Xia says that Ban Hua doesn’t know the value of the painting, and accepts the painting. He thinks he’s close to the truth.

Ban Heng carries the treasure, and complains that Ban Hua should get Ruan Mianmian to carry it. She wonders why he’s so weak as a male, and asks about what he ate. He says that it went to restroom. She thinks the place is perfect, and buries the money box with him. She tells him not to get it spotted by people.

Rong Xia walks Ban Hua and claims that he cannot walk alone because he promised Ban Heng. She wonders if his cat actually ran away. He hints the killer to take action, and thinks Ban Hua is like his cat who did treasure hunt. She reveals she came to hide treasure, and thinks he concealed something.

Rong Xia wears his mantle for Ban Hua to help Du Jiu. He tells her not to catch a cold. She doesn’t expect that his arms are so powerful. He reminds her that it’s late, and wants to escort her home. So she asks about his jade pendant. He tells her that the jade pendant isn’t match for her.

Rong Xia tells Ban Hua that he liked the Mountains and Rivers Painting she gave to him. He asks her if she knows the meaning of the painting.