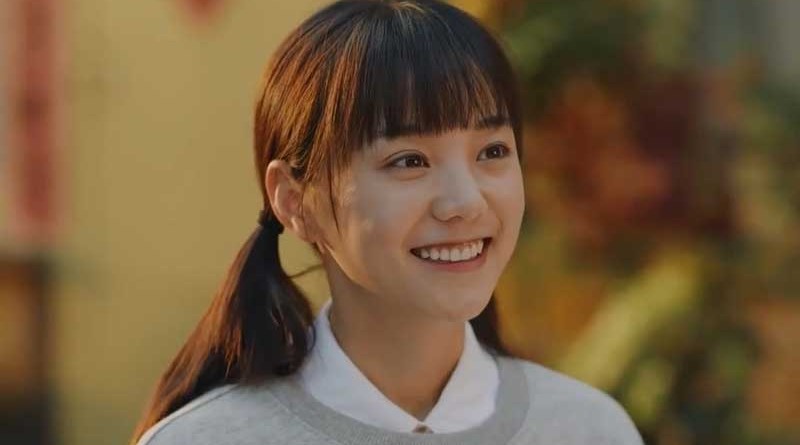 “A River Runs Through It” is a new Chinese school romance drama which comes out in 2021. The drama tells a story about a girl Xia Xiaoju who wants to be the first place of the school after she was told that her score is terrible.

A River Runs Through It is adapted from Mingqian Yuhou’s Chinese novel “The Tears of First Place“.

A River Runs Through It (2021 Chinese Drama) 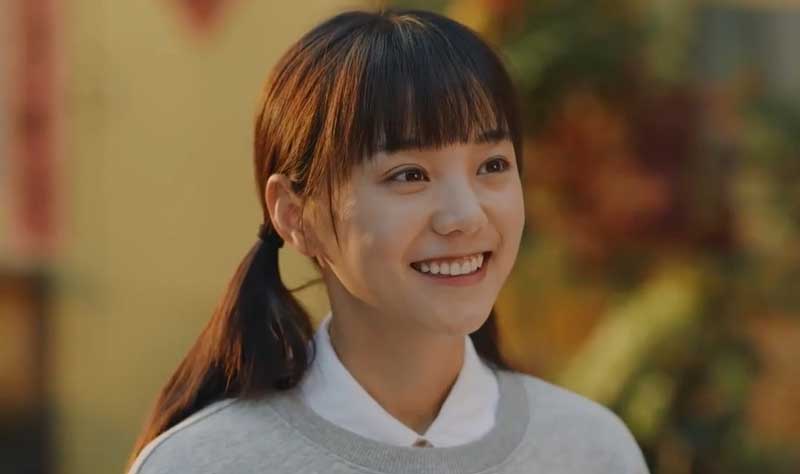 Xia Xiaoju takes the books to walk alone the street. She tries to avoid her mom Madam Xia. But Madam Xia catches her and asks her to greet Aunt Ding. Aunt Ding thinks Xia Xiaoju can go to the school with her son after she was told that the girl and his son got into same school.

The follower Bao Xiangxiang finds out that Cheng Lang is broke. He asks him where he concealed the money. Cheng Lang beats the four guys. He blames them for keeping acting, and tells them to go home. Lu Shiyi thinks Cheng Lang is too boring.

Cheng Lang thinks Lu Shiyi did many bad things before. Lu Shiyi points out that Cheng Lang knows it because they always get together. Bao Xiangxiang flees when Lu Shiyi wants to help Cheng Lang deal with him.

Xia Xiaoju tries to light the firecrackers. But she runs away because she worries that she will get hurt. She bumps Cheng Lang. Lu Shiyi shows up and thinks someone is going to get married. But Cheng Lang thinks the people who just moved in want to celebrate.

Xia Xiaoju visits Lu Shiyi when he lies in the bed to read the book. She tries to apologize to him. But he rejects it and wants to burn her butt as well. He tells her to get lost. Lao Lu shows up to scold Lu Shiyi. Madam Xia apologizes to Lu Shiyi.

Lao Lu tells Madam Xia that his son is fine. He reveals he’s a doctor. Lu Shiyi points out that Lao Lu is just a school doctor.

He’s a student who likes to bully other students.

Madam Xia gives some cashes to Lu Shiyi. She tells him to buy himself some supplements. He shows off the cashes to Xia Xiaoju before she leaves. Madam Xia scolds Xia Xiaoju and thinks she wasn’t thoughtful. Lao Xia explains that Xia Xiaoju didn’t intend to do it.

Lao Xia drinks with the families. Xia Xiaoju thinks Lao Xia’s new job will be hard. He tells her not to worry about it, and wants her to focus on her study. Xia Jiashu promises to buy his parents a big house. Xia Xiaoju thinks her brother is a sycophant.

Lao Lu brings the egg noodles to Lu Shiyi. But Lu Shiyi doesn’t like the noodles his father cooked for him. He wants to use Madam Xia’s money to buy himself a great meal. But Lao Lu is against it. He tells his son to return the cashes to Madam Xia. Lu Shiyi rejects it because he thinks it’s his medical fees.

Lao Lu asks Lu Shiyi if he wants to go to play games with the cashes. He complains that Cheng Lang’s score is always good because he never plays games. He tells Lu Shiyi to keep his face. Madam Ding calls Cheng Lang and tells him to go out to eat. He conceals the console into the drawer.

Cheng Lang is surprised that his mom prepared so many dishes for him. Madam Ding holds the trophy and thinks she should celebrates his son getting the trophy. She adds that everyone praised her when she returned home. She thinks he’s like his father who’s good at math.

Cheng Lang comforts Madam Ding that she gave birth to a smart son. She laughs and thinks he’s good at flattering her. She asks him if Lu Shiyi’s injury is serious. He thinks Lu Shiyi just pretends to get hurt seriously. He reveals Xia Xiaju was scared. He adds that Lu Shiyi got cashes from Xia family. Madam Ding thinks Lu Shiyi shouldn’t accept the cashes.

Xia Xiaoju turns off a light and pretends to be a monster to startle Xia Jiashu. He’s scared to run out of the room. She laughs thinks he’s too timid. She adds that she wishes him to protect her in the future.

Madam Xia wakes Xia Xiaoju up. She reminds her that she needs to go to the school. Xia Xiaoju follows Teacher Wang to walk into the classroom. He gets her to introduce herself to the classmates. He tells her to call the roll after he noted that she’s very shy.

Xia Xiaoju calls Lu Shiyi’s name wrong. He’s furious to throw his bag to her, and jumps into the classroom. He tells to call his name is the right way. Bao Xiangxiang mocks Xia Xiaoju. Qiu Letao scolds Bao Xiangxiang. Teacher Wang shows up. He tells Lu Shiyi that he will punish him if he’s late again.

Xiao Xiaoju pushed Lu Shiyi away and tells him that he startled her. He talks back that it will be good if she doesn’t startle other people. She tells him that she won’t tell people that she hurt his butt. He leaves when Qiu Letao shows up.

Qiu Letao asks Xia Xiaoju why she transferred to their school. She worries about her score. Xiao Xiaoju tells Qiu Letao that her score is very good. But she gets bad scores after the tests. Xia Xiaoju walks Cheng Leng. She spots Lu Shiyi playing basketball. She asks Cheng Lang if Lu Shiyi’s injure is cured.

Cheng Lang tells Xia Xiaoju that Lu Shiyi just cannot leave basketball. Someone bumps Xia Xiaoju and makes her pour the hot water to Lu Shiyi’s butt. Xia Xiaoju tells Lu Shiyi that she didn’t intend to do that to him. She asks him if he needs to see a doctor. He thinks he has bad luck when he encounters her.

Xia Xiaoju asks Cheng Lang to give the ointment to Lu Shiyi. She tells him that she doesn’t dare to give it to the guy. Because she hurt his butt. Bao Xiangxiang is shocked it after he heard what Xia Xiaoju said. Lu Shiyi throws the basketball to Bao Xiangxiang. He asks him not to speak. Xia Xiaoju is scared after seeing Lu Shiyi.

Xia Xiaoju takes a look at the group photo of her previous class. She wishes that she didn’t transfer to the school. Madam Xia tells Xia Xiaoju not to waste her time in the useless things. Xia Xiaoju claims that it’s the gift which was given by her classmate.

Madam Xia complains to Xia Xiaoju that she spent so much money on her new school after she knew her score isn’t good. She tells her to play with the top students so that she will become the top student. Xia Xiaoju points out that their family doesn’t have the gene.

Xia Jiashu tells Madam Xia that he’s the first place of the class. She praises him and tells Xia Xiaoju to learn from her younger brother. She tells her to study hard. Xia Xiaoju tells Xia Jiashu that she will beat him if he mentions it again. But he talks back that he just told his mom the truth.

Cheng Lang asks Xia Xiaoju to give her shoe to him. He gives his shoe to her, and wants to find a way to fix her shoe. She finds out that his shoe is very large after she wore it. He tells her that Lu Shiyi won’t do bad things to her. He finds the tape in her shoe.

Xia Xiaoju beats Xia Jiashu after knowing he ruined her shoe. Madam Xia stops Xia Xiaoju and tells her to forgive her brother no matter what he does to her. Xia Xiaoju thinks Madam Xia has never cared for her feelings. She’s furious to throw away the shoe. She runs away from home.

Xia Xiaoju arrives at the construction site. She spots Lao Xia and hears him telling the colleague that he will help Xia Jiashu to study abroad if he studies hard. Xia Xiaoshu complains that she studied hard. She thinks her father doesn’t care for her feelings at all.