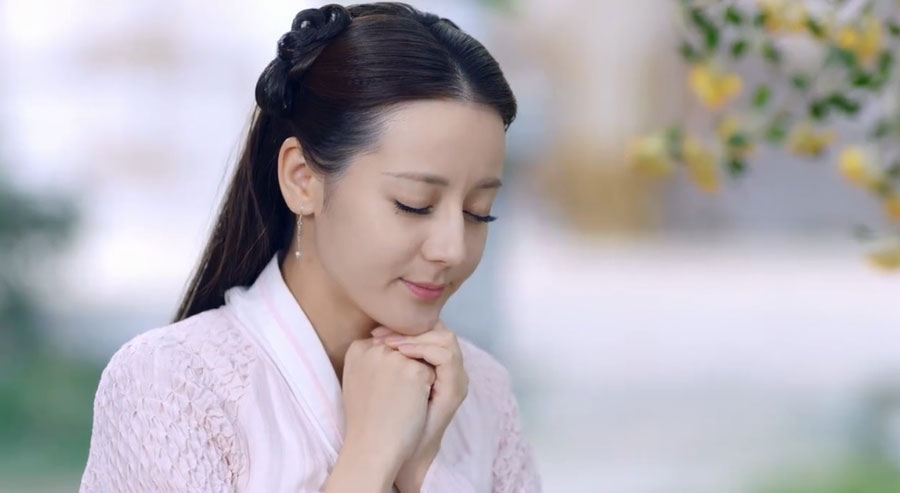 Note: From here on out there are specific plot spoilers for Eternal Love of Dream: Episode 2.

Lian Song says that the essence of military strategy is to be ever-changing and unpredictable. Si Ming asks Lian Song why Dong Hua gets in kitchen frequently.

Lian Song invites Si Ming to taste Dong Hua’s dish, and Si Ming thanks Lian Song. But Lian Song says that he should be thankful to Si Ming.

Si Ming tastes the fish Dong Hua cooks, and passes out. Lian Song smiles and thinks Si Ming was excited to have tasted Dong Hua’s cooking that he passed out.

Dong Hua leaves. Lian Song gets the men to save Si Ming. Feng Jiu runs into Dong Hua and notes that he smiled. But the maid thinks someone will get the bad luck.

Si Ming is scared and thinks the fish is poisonous. He asks Lian Song why he would harm him. Lian Song thinks Si Ming should go to hell because he is the follower under the King of Longevity.

Lian Song leaves as he needs to finish his Buddhist scriptures.

Chief Maid asks Feng Jiu to send the wind butterfly inside, and Feng Jiu heard that the butterfly dances in the wind and creates hurricane once it touches water.

The maid says that the wind butterfly is really something they cannot control, and worries that they will get Chief Maid involved. But Chief Maid thinks they can do it after doing it for many times.

Feng Jiu accepts the task and comforts the maid that she used to catch butterflies in her hometown. Zhi He tells the maid to spray some flower dew as Dong Hua will come.

Feng Jiu takes the wind butterfly to step in, but the flower dew makes wind butterfly fly. Feng Jiu wants to do something, but she remembers Si Ming told her not to expose her identity of the queen of Qingqiu.

Feng Jiu gets blown away, and Zhi He drives the wind butterfly out. Feng Jiu feels sorry to Zhi He, and Zhi He punishes Feng Jiu to clean up the lotus pond.

But Feng Jiu finds out that she messes up the brush. She makes a new one with her fur.

The follower tells Dong Hua that Meng Hao is in the white water mountain. Dong Hao arrives there and waves his sword. A black dragon comes out from the pond, and Dong Hua asks the dragon if he recognizes his sword.

The dragon turns into a person, and his shoulder are with chains. Meng Hao is on knees, and reveals the previous demon lord used his wife as a bait to trap him in white water mountain.

Meng Hao adds that they impaled his bones with dragon-hunt lock and sealed his power. He says that love is deeply rooted into his bones and his cultivation is not enough to get through the tragic romance.

Meng Hao says that it’s his own willingness to be trapped there. He admits that he was seduced by the demons, and feels guilty to Dong Hua. He wants to stay there as an atonement for his guilt.

Dong Hua thinks Meng Hao concerns someone, and Meng Hao admits that the destined tragedy is as sweet as candies to him. Dong Hua breaks the chains on Meng Hao’s shoulders.

Ji Heng picks the demon fruits and tells the follower to have tea with the fruits. But the follower reminds Ji Heng that it will harm her, and tells her that her brother Xu Yang wants to see her.

Xiao Yan tells his follower that he has been studying the four arts for a long time, and thinks he will win the affection of Ji Heng. Chu Yin hits Xiao Yan, and Xiao Yan thinks Chu Yin likes Ji Heng like him.

Chu Yin denies and tells Xiao Yan that Ji Heng is in Chihong palace. Xu Yang tells Ji Heng that he intends to get her to marry Dong Hua. Ji Heng is shocked and leaves. Chi Wu blames Xu Yang for sacrificing his sister, but Xu Yang points out that it isn’t Chi Wu’s business. Chi Wu tells Xu Yang that he will rebel if he doesn’t marry Ji Heng to him.

Dong Hua shows up, and Feng Jiu stands in front of Zhi He. Yu Ru pushes Feng Jiu into water, and Zhi He blocks Dong Hua’s way when she notes that he is staring at Feng Jiu.

Zhi He tells his women to catch Feng Jiu, and banishes the wind butterfly to the mortal realm. Feng Jiu wants to fight with Zhi He with her real power. Chong Lin shows up and tells Zhi He that she disturbed Dong Hua’s rest.

Zhi He reveals Feng Jiu is just too annoying. Chong Lin punishes Feng Jiu to repent in the kitchen.

Feng Jiu wonders where Zhi He sent the wind butterfly to, and the sorrowless flowers drop on her palm. She makes a wish that the Taichen palace can stay sorrowless and disaster-free and always remain beautiful.

Dong Hua asks Lian Song to taste his fish, and Lian Song tries his hard to taste the fish. Zhi He asks the maid to serve Lian Song the desserts, and the maid leaves. Dong Hua gives the chopsticks to Si Ming, and Si Ming’s hands tremble.

The maid asks Feng Jiu to serve the dish, and Feng Jiu is happy as she will see Dong Hua. But she trips and the cakes drop on the floor. Feng Jiu replaces the cakes.

The maid reports to Zhi He that Feng Jiu served the cakes, and Zhi He takes the cakes away from Feng Jiu, telling her not to leave the kitchen without her permission. Feng Jiu tells herself that she must see Dong Hua.