This is the Recap & Ending for Eve K-Drama: Episode 5. Yoon-Kyum wakes up from the kiss. He pushes La-El away and beats her. He tells her that she cannot move him because she’s just his slave. He walks away. She’s shocked when she sits on the floor. 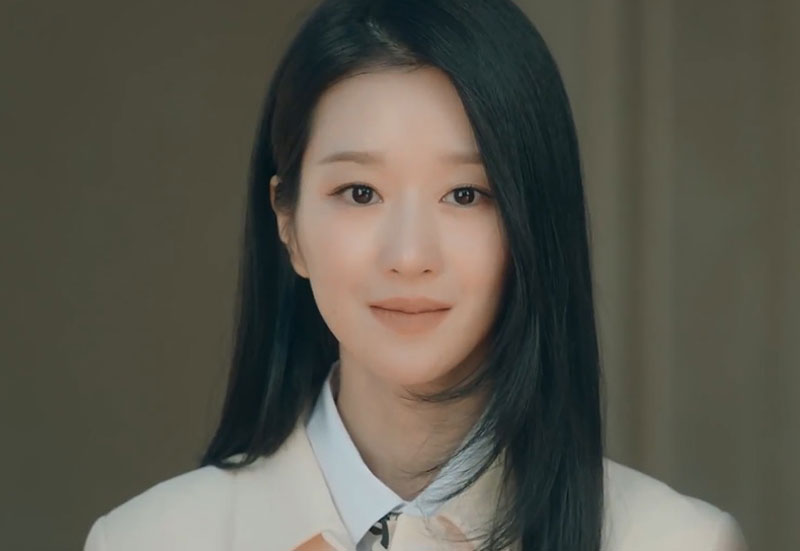 Note: From here on out there are specific plot spoilers for Eve K-Drama: Episode 5.

Moon-Hee learns that La-El failed and Yoon-Kyum refused to see her. She yells at La-El, thinking she’s too young. She believes that Yoon-Kyum gave up La-El after he got her. But La-El disagrees to what Moon-Hee said. She tells her that she wasn’t a silly girl anymore when her parents got killed. She adds that she will prove it. Moon-Hee leaves the room.

Gye-Young hands over two plans to Eun-Pyeong. She tells him to make a choice. He chooses the plan which’s related to La-El. La-El wears the shoes. She remembers what Yoon-Kyum told her that he’s her master. She practices dance. Eun-Pyeong shows up. He sees her. He wonders why she works so hard.

The kids applaud. La-El turns around. She sees Eun-Pyeong. So-Ra takes a look at Eun-Pyeong’s proposal. She thinks he’s a good person. She hands over the proposal to La-El. She tells him that Yoon-Kyum wants to see him. He agrees to it after he found out that La-El is interested in the meeting up. So-Ra smiles.

Secretary Kim takes the kids away. So-Ra calls Pan-Ro. She wants to tell the good news to him. But La-El reminds So-Ra that she’s lack of a driver. She volunteers to be her driver. She goes to her room to take the wiretap. She puts the wiretap into her bag.

La-El arrives at Pan-Ro’s house with So-Ra. So-Ra invites La-El to get into the house. La-El sees a wounded man lying on the ground when Jung-Chul is eating beef. So-Ra notes that La-El saw the wounded man. She tells her to ignore it. She joins Jung-Chul and Pan-Ro.

La-El sees the wounded man crying. She thinks of her father. Do-Wan takes La-El to the room. He brings the tea to her. He walks aside. She pretended to be burned when she drinks tea. He goes to take band-aid. She puts the wiretap under the table.

La-El tries to eavesdrop on Pan-Ro and So-Ra’s conversation. But she’s startled by the sound. The wiretap rolls under the cabinet. Do-Wan brings the towel to La-El. La-El drives So-Ra home. So-Ra feels happy because she believes that she’s going to get the gift from her father.

So-Ra sees Yoon-Kyum. She walks to him and welcomes him. She smiles when she holds his arm. She gets into the house with him. La-El’s smile is frozen. She takes a look at the house. She calls someone and tells her that she wants to give a job to her.

La-El listens to the recording with Moon-Hee. She tells her that she wants to help the wounded man. She believes that she will get Yoon-Kyum in the end. Eun-Pyeong shows up in the party. So-Ra greets him. Yoon-Kyum’s eyes are fixed on La-El when Jin-Wook hugs her to walk to So-Ra.

La-El thanks Eun-Pyeong for attending the party for her. She feels guilty because she thinks she cannot repay him for what he did. He comforts her that he will ask her a favor later. So-Ra tells La-El that Eun-Pyeong has feelings for her.

La-El tells So-Ra to find a way to get Chi-Gyeom shop. Yoon-Kyum sees Chi-Gyeom touching La-El when So-Ra leans her head on his shoulder. La-El notes that Yoon-Kyum is staring at her. Soo-Jung blames So-Ra for letting La-El attend the party.

So-Ra finds out that Chi-Gyeom is very happy when he stays with La-El. Yoon-Kyum is furious to drop his wine glass. He walks to Chi-Gyeom and tells him to go home. But Chi-Gyeom ignores Yoon-Kyum. He tries to take La-El away. Yoon-Kyum pushes Chi-Gyeom over. He takes La-El to leave the party.

Yoon-Kyum blames La-El for flirting with his brother. She points out that his brother is braver than him. She tries to leave. But he stops her. She tells him that she doesn’t want to be his dog. It makes him kiss her. She smiles, asking him what he wants.

Yoon-Kyum begs La-El to stay with him. She learns that he has feelings for her. He asks her to leave with him when he grabs her hand. But she rejects it. She tells him that she changed his mind. She adds that she wants to be his master.

La-El puts the card into Yoon-Kyum’s pocket. She tells him to visit her during his wife’s birthday. She tells him that he will lose her forever if he doesn’t come. She walks away. The model praises So-Ra for her dance skills. He wants to hold a dance party for her on her birthday. She feels happy.

Yoon-Kyum remembers La-El told him to visit her during So-Ra’s birthday. So-Ra shows up. She tells Yoon-Kyum that she will feel happy no matter which hotel he chose for her. She tells Da-Bi that she will go to the hotel with Yoon-Kyum. Da-Bi is excited.

Secretary Kim holds the flowers. She tells So-Ra that Yoon-Kyum went to company. So-Ra throws a fit to the maids when they celebrate her birthday. She ruins her birthday cake. Yoon-Kyum gets in the elevator. The follower reports to him that he booked a hotel for him.

Cha Erisa hands over the helmet to So-Ra. She tells her that she prepared a meal for her. But So-Ra rejected it. So-Ra goes to the dance club. La-El tells So-Ra that she has to leave because Eun-Pyeong called her. She lets her leave and she tells her to catch the man’s heart.

La-El gets in her car. She calls Dam-Ri and asks her to do the dance party for So-Ra. But Dam-Ri rejects it. She wants to give So-Ra a lesson. Yi-Sak receives a package. He opens the package and finds the recording of Tae-Joon. He calls Jin-Wook and plays the recording. Jin-Wook is scared after he listened to the recording.

Moon-Hee watches Jin-Wook. She remembers La-El told her that she will send the package to Yi-Sak. La-El wipes off the tattoo from her back. She applies to lipstick to her lips. She wears the pajamas. So-Ra finds out that nobody comes to her dance party. She tries to leave. But the chair keeps her dress. She has to tear up the dress.

Yoon-Kyum remembers La-El told him not to lose the chance. He tells Secretary Cha that he won’t go to the hotel. Secretary Cha reports it to Secretary Kim. She’s shocked. So-Ra arrives at the hotel. She doesn’t find Yoon-Kyum. Yoon-Kyum gets into La-El’s house. He finds out that she’s waiting for him.

So-Ra learns that Yoon-Kyum didn’t prepare anything for her. La-El walks to Yoon-Kyum. She touches his face and hugs him. So-Ra is furious to throw the stuff from the suite. She trips and holds her dress to cry. Pan-Ro tells his followers that Eun-Pyeong will join them. The followers feel happy.

Pan-Ro gets a call from So-Ra who tells him that her husband didn’t show up on her birthday. But he scolds her and thinks she’s to weak. He hangs up. It makes her cry more. She calls La-El and complains to her that her dad didn’t prepare the shop for her.

La-El promises to help So-Ra get Chi-Gyeom’s shop. It makes So-Ra happy. La-El wears the bathrobe to see Yoon-Kyum who has been in the pool. She takes off her bathrobe, walking into the pool. He kisses her and sleeps with her when So-Ra is sad.