This is the Recap & Ending for Extraordinary Attorney Woo K-Drama: Episode 6. Hyang-Sim takes care of her daughter when she falls asleep in her arm. She doesn’t allow the orphanage staff to touch her daughter Ha-Yun. She tells her that she fed Ha-Yun the medicine because she knows Ha-Yun won’t allow her to leave once she wakes up.

Why Young-Woo Wishes to Help Hyang-Sim Get Probation? 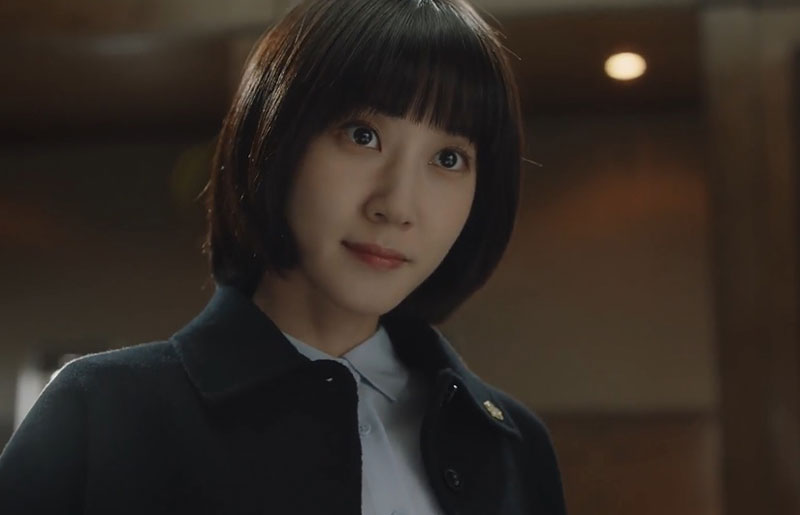 Note: From here on out there are specific plot spoilers for Extraordinary Attorney Woo K-Drama: Episode 6.

Hyang-Sim tells orphanage staff not to get Ha-Yun adopted. Because she will come back to take her to leave. She tells her that she leaves Ha-Yun at the place because she’s going to go to jail. The orphanage staff thinks Hyang-Sim is a North Korean defector.

Su-Yeon tells Young-Woo that going home doesn’t belong to her. She thinks she has a lot of work. Young-Woo admits it. She reveals that her wrists were hurt because of work. Su-Yeon gets changed. Young-Woo avoids her. She tells her that she will do the case with her.

Su-Yeon realizes that what Young-Woo means is Hyang-Sim’s case. She reveals Hyang-Sim is a good person. Young-Woo mentions what Myeong-Seok said that Su-Yeon is too passionate. Su-Yeon laughs. She tells Young-Woo to go to see Hyang-Sim with her.

It flashes back. Hyang-Sim and Jeong-Hui break into Sun-Yeong’s house. They try to take the money. Sun-Yeong has a fight with them. The landlady reports it to the police.

Hyang-Sim tells Su-Yeon that she didn’t beat Sun-Yeong very much. But the cop arrested her after they saw the scene. Young-Woo asks Hyang-Sim why she fled from the jury trial. Hyang-Sim reveals that she did it because Ha-Yun needed someone to take care of her. She tears up when she thinks about her daughter.

Episode 6 of Extraordinary Attorney Woo ends with the judge telling the people that he decides to give the probation to Hyang-Sim. Because she confessed. Young-Woo realizes that she forgot confession. Su-Yeon thinks the judge is smarter than Young-Woo.