This is the Recap & Ending for Jinxed At First K-Drama: Episode 3. Seul-Bi hands over the brick to Soo-Gwang. She lets him throw it away. He throws it and it hits the police car. The cop gets off the police car. Seul-Bi reports to the cop that the thugs want to kidnap her. The cop arrests the thugs.

Does Seul-Bi Keep her Promise? 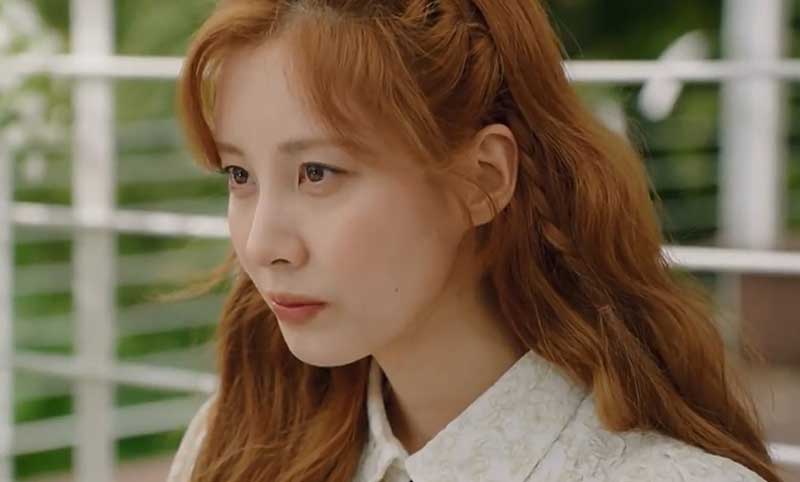 Note: From here on out there are specific plot spoilers for Jinxed At First K-Drama: Episode 3.

Seul-Bi feels happy. Chief Park takes her to the police station. She tells him what the thugs did to her. Soo-Gwang wonders why Seul-Bi didn’t report Yoon-Ho. She remembers Yoon-Ho got beaten by the thugs when he helped them run away. She smiles to tell Soo-Gwang that Yoon-Ho is a good guy.

Min-Joon waits for Seul-Bi in front of the fish shop. The people wonder why Seul-Bi gave up Min-Joon and chose Soo-Gwang. Min-Joon leaves after he got a call from someone. Chief Park tells Soo-Gwang that he cannot send Seul-Bi to the place because there’s many rude men. He tells him to keep Seul-Bi because he noted that the girl has feelings for him.

Yoon-Ho tells Dae-Sik to give the money to him. Because he doesn’t want the thug hurt Seul-Bi. Dae-Sik rejects it. Yoon-Ho beats Dae-Sik. He gets the money from him. He gets a call from someone who tells him that the thug got arrested.

Soo-Gwang walks Seul-Bi. He tells her to go home with him. But she rejects it because she wants to look for Yoon-Ho. She sees the kid. She runs to him. She greets the kid Hyun-Soo. Soo-Gwang finds out that Hyun-Soo is blind. Seul-Bi gets into Hyun-Soo’s house. She has a talk with him. She leaves with Soo-Gwang.

Yoon-Ho returns home. Hyun-Soo hands over the cash to Yoon-Ho. He tells him that it was given by Seul-Bi. He adds that the girl told him that he will encounter another kid. Yoon-Ho wishes Seul-Bi to get sold after he heard what his son said.

Seul-Bi follows Soo-Gwang to get in his house. She’s happy to lie in his bed. He asks her why she asked him to throw the brick. She pretends to know nothing. He tries to take off her glove. She cries to show the wound on her elbow to him.

Soo-Gwang applies the ointment on Seul-Bi’s wound. He tries to leave his house. She stops him and she wants to go with him. He rejects it and begs her to stay in the house. She’s happy to promise it. He walks out of the house. He remembers Sam-Jung told him that Seul-Bi is the daughter of his guest.

Soo-Gwang goes to the hotel. He asks the reception if there’s a guest losing her daughter. She denies. He sees Secretary Cha who’s looking for Seul-Bi. He avoids him and tries to leave the hotel. But the reception reports what Soo-Gwang said to the manager.

Sam-Jung goes to see Mi-Soo who smiles when she holds the doll. He asks her about the location of Seul-Bi. She walks into Seul-Bi’s room to look for her. He thinks she’s acting. He takes away the doll from her and throws it to the bed. She picks up the doll. She scolds him. Soo-Gwang returns home. Hyun-Sook is waiting for him. She asks him to return the bicycle to her.

Seul-Bi helps Soo-Gwang to sell the fish. Yi-Young has a fight with Seul-Bi because she believes that she stole her customers. Seul-Bi tells Yi-Young that her husband has a cat when she holds her arm. Yi-Young is shocked.