This is the recap for Legend of Fei Chinese Drama: Episode 10. Chong Xiao saves Li Sheng. But Li Sheng wants to get back. So Chong Xiao has to stun Li Sheng. Chu Chu asks Duan Jiuniang when Zhou Fei will wake up. Duan Jiuniang thinks it’s weird that Zhou Fei has born Withering Power for a day. 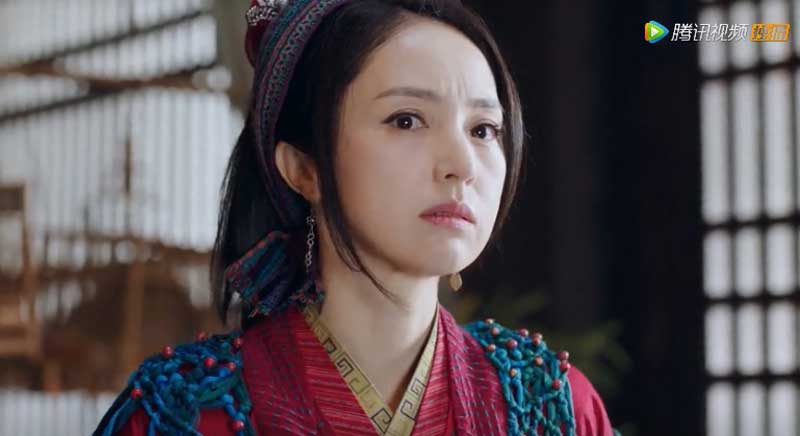 Note: From here on out there are specific plot spoilers for Legend of Fei Chinese Drama: Episode 10.

Wu Chuchu points out that Zhou Fei has practiced the martial art for ten years. Duan Jiuniang thinks what Zhou Fei practiced isn’t well, and offers to abolish the previous martial art. Zhou Fei is in pain. She remembers what Xie Yun told her that the real strong woman has a strong heart.

Xie Yun plays the flute and wishes Zhou Fei to hang in there if she’s alive. Mr. Bai reports to Xie Yun that Chou Tianjin still searches for the city. Xie Yun thinks there is a top martial art master helping Wu family. Zhou Fei wakes up and wonders why she lost her internal force. Duan Jiuniang reveals she sealed Zhou Fei’s internal force, and intends to get her to join her sect.

Li Sheng asks Chong Xiao where Madam Wang is buried. Chong Xiao tells him that she is behind him. He adds that he fixed her cane. Li Sheng takes a look at the cane.

It flashes back. Li Sheng tells Madam Wang not to stop him, and thinks his father was killed by Di Sha. She reminds him that Li Jinrong didn’t want him to grow up with resentment.

Zhou Fei takes a look at the book Chong Xiao left, and finds out that it’s mayfly martial art. She practices it and feels uncomfortable.

Shen Tianshu arrives at Huo family. Blue Wolf reports to him that their followers in Hua Rong were killed by Chou Tianjin. Shen Tianshu decides to return to Hua Rong to take a look. Tong Tianyang wants to follow Shen Tianshu. He rejects it and tells Blue Wolf to chase Huo Liantao.

Bao Shan encounters Chu Chuchu and tells her not to run. She learns that he’s Duan Jiuniang’s older sister’s son, and realizes that they cannot stay there. The follower reports to Bao Shan that Chou Tianjin visited, and tells him to go to see him.

The follower reports to Chou Tianjin that he spotted Wu Chuchu. Chou Tianjin leaves. Wu Chuchu runs into the follower, and realizes that Di Sha came to the house. She thinks she should go to inform Zhou Fei about it. But the Chief Maid tells her to go out to take clothes. Bao Shan tells Chou Tianjin that the maid in his house is Wu Chuchu. He adds that she went to clothing store.