This is the recap for Legend of Fei Chinese Drama: Episode 11. Xie Yun walks in the room and asks Wu Chuchu what happened on Zhou Fei. She reveals Duan Jiuniang transmitted power to Zhou Fei. Madam Song bursts into and reports to Duan Jiuniang that Bao Shan fled. Xie Yun wants to take away Zhou Fei. Duan Jiuniang stops him and tells Zhou Fei that Li Zheng asked her to save her. 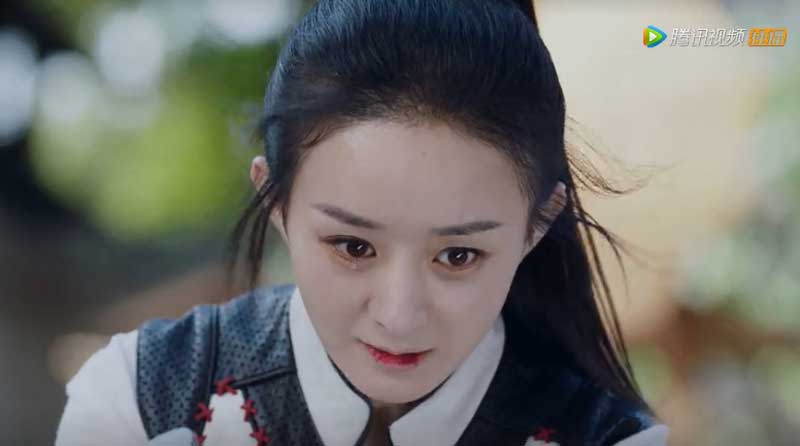 Note: From here on out there are specific plot spoilers for Legend of Fei Chinese Drama: Episode 11.

Mr. Bai shows up. Xie Yun tells Mr. Bai to take Wu Chuchu to flee. But Wu Chuchu doesn’t want to leave, and claims that she wants to stay with Zhou Fei. Xie Yun comforts her to he will protect Zhou Fei with his life. Zhou Fei tells Wu Chuchu to leave, but asks her to leave the Longevity Lock.

Chou Tianjin arrives and learns that Duan Jiuniang is the one who broken into Disha Village with Li Sheng. Duan Jiuniang mentions he called her older sister when she stepped on him. He thinks heaven gave him the chance to take revenge, and attacks her.

The masked men show up to attack Zhou Fei. Xie Yun fights with them. But he is defeated. Zhou Fei takes the blade from Xie Yun, and kills all of the masked men. She asks him why he took a blade since he doesn’t know how to use it. He says that he owed her a blade, and asks her if she’s fine. She says that the book Chong Xiao gave her helped her fix the Withering Power in her body. She spits blood, and tells him that she feels good now.

Zhou Fei breaks off Chou Tianjin’s sword and kicks him away. He runs away. She chases him and kicks him to the wall. He asks the masked men to save him, but finds out that they belong to Blue Wolf. Chou Tianjin flees like a dog and begs Zhou Fei not to kill him. But she ignores him and stabs his belly with tear. She tells the dead people that they can be comforted. She pulls her blade from Chou Tianjin’s body.

Mr. Bai and Wu Chuchu are hung on the city gate. Zhou Fei passes out. Xie Yun goes to hug her.