This is the recap for Legend of Fei Chinese Drama: Episode 12. Xie Yun buys a bag of sugar and sees Zhou Fei sitting on the floor. He asks her if she’s fine. She says that she dreamed Duan Jiuniang, and asks him if there is a message of her. He denies and comforts her that there will be Duan Jiuniang’s message soon. 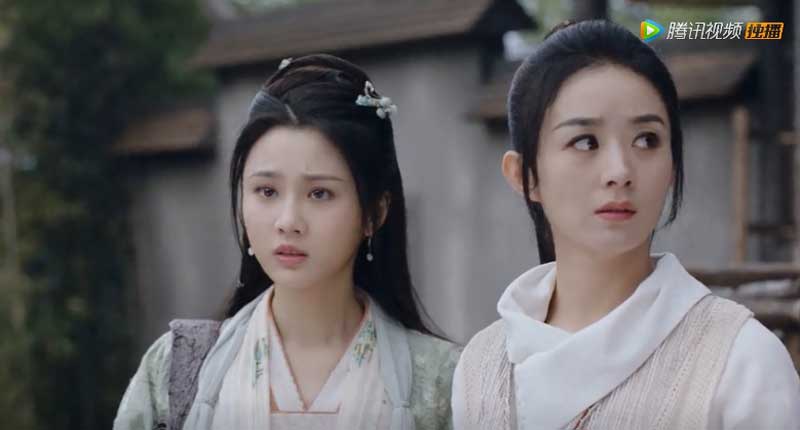 Note: From here on out there are specific plot spoilers for Legend of Fei Chinese Drama: Episode 12.

Xie Yun promises to take Zhou Fei to Hua Rong if there’s no message of Duan Jiuniang in three days. He tells her to have meal, and brags that the beef sauce the shop owner made is delicious. She agrees to it and goes downstairs with him. The shop owner notes that Zhou Fei isn’t happy, and tells her that it’s nothing if the thing is past.

Zhou Fei tells Xie Yun that she wants to find Chu Chu and escort her to 48 Villages. She remembers he handed over Chu Chu to Mr. Bai. He comforts her that Wu Chuchu will be safe if Mr. Bai escorts her. Zhou Fei wants to get Mr. Bai to send letter for her. The guy reveals Duan Jiuniang was killed by Chou Tianshu.

Zhou Fei wants to return to Hua Rong. But Xie Yun stops her and thinks she can do nothing even if she goes back. She agrees to it and wants to drink wine. The shop owner brings the wine. Zhou Fei takes the wine pot to drink. She sighs that Withering Hand doesn’t have any heir.

The guy waits for Wen Yu and tells him that Li Jinrong asked him to pick up Wu Chuchu. Wen Yu agrees to it after taking a look at the letter. Wu Chuchu calls Wen Yu and tells him that she can ride horse if he thinks she will delay the route. He denies and tells her that he worries that the males in his army will offend her. She points out that he promised to take her to look for Zhou Fei. The guy tells Chu Chuchu to return village with him because the path is dangerous.

Zhou Fei thinks Xie Yun needs to improve his jump art and make it reach his talk. She adds that he will be in danger if he doesn’t do so. He tells her that the sugar will make her happy. So she puts the sugar into her mouth. The waiter bursts into and tells people that the devil.