This is the recap for Legend of Fei Chinese Drama: Episode 13. Chong Xiao spits blood after Li Sheng closes the door. Li Sheng asks Chong Xiao what happened on him. Chong Xiao reveals he accepted Feng Wuyan three hits, and thinks Feng Wuyan won’t give up because he doesn’t achieve his goal. 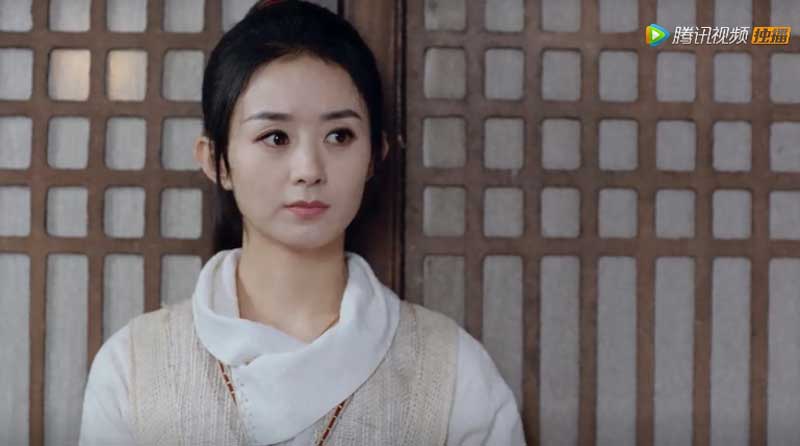 Note: From here on out there are specific plot spoilers for Legend of Fei Chinese Drama: Episode 13.

Feng Wuyan asks Chong Xiao if he was hurt. Chong Xiao takes Li Sheng to flee. Feng Wuyan walks in the room and spots the blood on the floor. He follows Chong Xiao and tells him to give the chief horsetail whisk to him. He promises to forgive him. Chong Xiao blames Feng Wuyan for ruining Qi sect, and asks him if he doesn’t regret.

The shop owner tells Yin Pei that Ji Yunchen just thinks he owed him because the thing which happened before. Yin Pei mentions what Ji Yunchen said that he lets him kill him. But he hid to make him not find him. He thinks he’s hypocrisy. Ji Yunchen comforts Yin Pei that he will give his life to him one day. He adds that he doesn’t want to make North Blade vanish in his hands.

Yin Pei mentions the Mountains and Rivers Sword of his family. He yells that his father didn’t have the chance to do that. He tells him that he will take back what he owed him, and thinks he cannot flee. Ji Yunchen learns that Yin Pei drew Blue Dragon Master there was to make him kill him.

Ji Yunchen tells Hua Zhenglong to leave the place as he thinks it’s dangerous. Hua Zhenglong says that he just doesn’t want to give up the hotel because his life was saved by Ji Yunchen. Wen Yu tells Xie Yun to leave with him because he thinks Blue Dragon Master will arrive. But Xie Yun rejects it and thinks he shouldn’t leave as long as there is a guest in the hotel.

Xie Yun asks Wen Yu about Chen Zichen. Wen Yu reveals the prince is on the way to Jiankang City.