This is the recap for Legend of Fei Chinese Drama: Episode 15. Yin Pei tells Xie Yun that Ji Yunchen is the one who wants to be alive with any method. Xie Yun says that he knows the eyes of wolf aren’t white after seeing Ji Yunchen. Yin Pei thinks Xie Yun is right that Blue Dragon Master is a thief because he stole the stuff from his house. 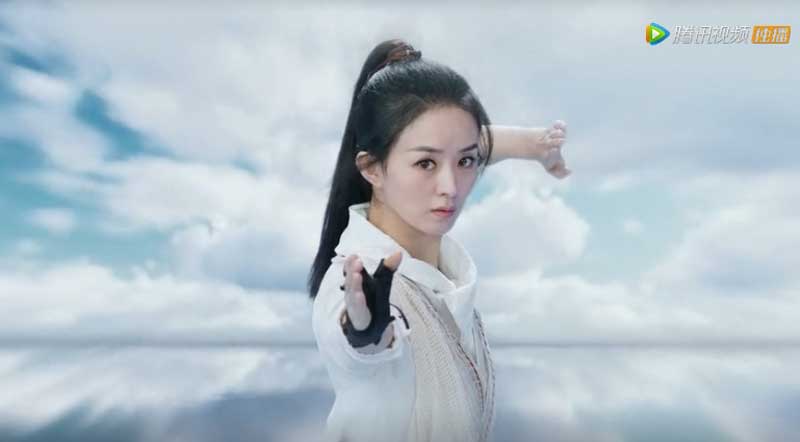 Note: From here on out there are specific plot spoilers for Legend of Fei Chinese Drama: Episode 15.

Yin Pei tells people that he doesn’t want to tell it to them, and thinks they’re thieves. He tells Wu Chuchu to get lost. Xie Yun follows Zhou Fei and grabs her hair to stop her. He asks her why she went out. She says that she doesn’t want to stay there all her life. He thinks she wants to take her blade to fight with Blue Dragon Master.

Zhou Lei denies. Xie Yun wants to go out to take a look. She intends to join him. He points out that she’s not good at jump art, and asks her if she wants to have a fight again. She lets him leave but grabs his hair.

Wu Chuchu shows what she draws to Zhou Fei. Zhou Fei recognizes that it’s Withering Hand of Duan Jiuniang. She asks Wu Chuchu why she remembered those martial arts. Wu Chuchu reveals she is good at memory, and thinks Yin Pei was right that it’s pity the martial art breaking off.

Zhou Fei thinks she can inherit the martial art of Duan Jiuniang. Because she owns Withering Strength. But she worries that she won’t practice well. Wu Chuchu comforts Zhou Fei that Duan Jiuniang taught her Withering Hand because she accepted her.

Wu Chuchu tries to give the fruit to Yin Pei. She tells him that it doesn’t contain poison, and bites the fruit in front of him. He refuses to eat the fruit because he thinks he’s going to die.

Zheng Luosheng tells Yin Pei to return the scabbard to him. Xie Yun thinks Zheng Luosheng won’t give up until he catches Yin Pei. Xie Yun heard that some of the followers of Zheng Luosheng are blind men. He thinks they will find the place soon. Xie Yun decides to go out to take a look again.