This is the recap for Legend of Fei Chinese Drama: Episode 16. Ji Yunchen teaches Zhou Fei the tips of North Blade. The followers of Zheng Luosheng arrive. Xie Yun comforts Wu Chuchu that he will deal with them. Yin Pei reminds Xie Yun that the followers can hear what he says. 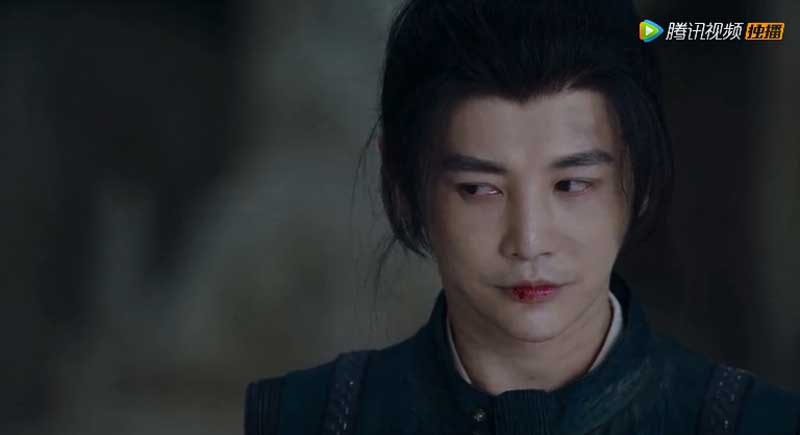 Note: From here on out there are specific plot spoilers for Legend of Fei Chinese Drama: Episode 16.

The follower intends to kill Wu Chuchu and Xie Yun. But Xie Yun tells him that he knows the flaw of their battle array. The follower blames Yin Pei for telling Xie Yun about it. Yin Pei denies and says that his point is sealed. Xie Yun reminds Yin Pei that they have to be friends because Zheng Luosheng won’t forgive him after he kills them.

The follower thinks Xie Yun cannot defeat him even if he knows how to break gong battle array. Zheng Luosheng shows up and tells the follower to step back. Zhou Fei tells Zheng Luosheng that she’s waited for them for one night. He thinks she has guts, and points out that her blade art isn’t suitable for her beauty. He tells her that he can forgive her if she agrees to follow him.

Zhou Fei rejects it and fights with Zheng Luosheng. He learns that she learned North Blade Art from Ji Yunchen, and tells her that it doesn’t work for him. But she tells him that it’s enough to deal with him. He thinks her martial art is improved, and decides to kill her.

Zhou Fei stabs Zheng Luosheng’s chest. But the armor protects him. Xie Yun stops Zhou Fei and wants to protect her. He recognizes the Muyun Yarn and points out that it belongs to Yin Wenlan. He mentions the Color of Ocean and Heaven.

Ji Yunchen swears to kill Zheng Luosheng and fights with him. Xie Yun thinks Yin Pei wants to see Zheng Luosheng’s death. He tells him to team up together. Yin Pei agrees to it and goes to help Ji Yunchen because he knows that he doesn’t have too much time.

Zheng Luosheng grabs Yin Pei’s neck. He says that he didn’t expect he would ask for death. Ji Yunchen hits Zheng Luosheng from his back. But he’s hurt. Yin Pei thinks the Muyun Yarn isn’t suitable for Zheng Luosheng, and takes it away. But he’s beaten by him, and spits blood. He calls Zhou Fei.

Ji Yunchen throws his blade to Zhou Fei. She takes the blade and kills Zheng Luosheng. Ji Yunchen is tired to sit on the ground. Xie Yun tells people that Ji Yunchen is going to die because of the Soul Sucker.