This is the recap for Legend of Fei Chinese Drama: Episode 9. Duan Jiuniang is surprised that Li Zheng’s martial art is better than her. She asks him if he is the South Blade. He admits it. She asks him why he knew she was in danger. He says that he passed by. 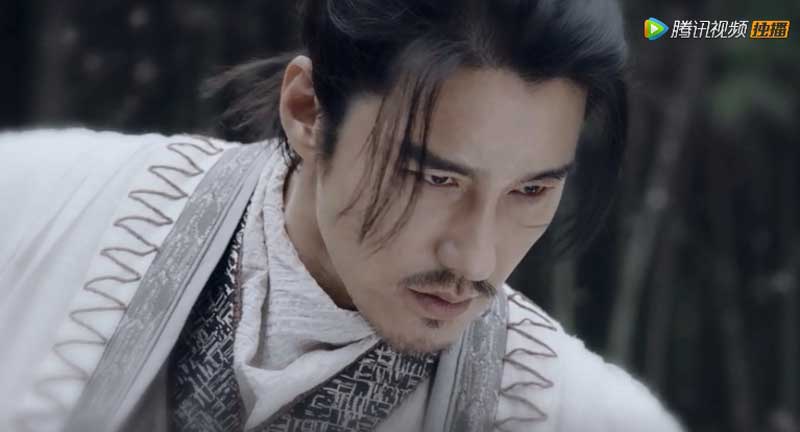 Note: From here on out there are specific plot spoilers for Legend of Fei Chinese Drama: Episode 9.

Li Zhang asks Duan Jiuniang where she wants to go. He says that he wants to escort her. She asks him why he knew her name. He says that he saw her Kurong hands and knew who she is. She reveals she intended to go to Hua Rong. But she saw Madam Song being bullied. She adds that she couldn’t stand and save Madam Song.

Duan Jiuniang says that she didn’t expect the enemies are Di Sha. She brags that she would beat them if she didn’t hug the baby. Li Sheng laughs. Duan Jiuniang is surprised that South Blade is so gentle. He asks her about the song she sang in the woods. She reveals it’s “Picking Lotus” song. He praises her for her singing skill, and thinks it’s beautiful.

Li Zheng asks Duan Jiuniang about her plan. She says that she will escort Madam Song to Hua Rong, and promises to take care of the mother and the son no matter what will happen. He thinks her heart is like pearl. She’s shy and tells him that she likes pearl most.

Duan Jiuniang tells Li Zheng that she has feelings to him, and wants to be his girlfriend. But he rejects it and thinks he can be her uncle with his age. She tells him that she doesn’t care for it even if he’s old. He tells her that he cannot forget his wife even if she passed away. So he cannot accept her love. Li Zheng tells Duan Jiuniang not to waste time on him. She is furious and tries to leave. But he doesn’t keep her.

Wu Chuchu asks Zhou Fei what she would do if she got rejected like Duan Jiuniang. Zhou Fei says that she doesn’t know about it. Duan Jiuniang shows up and tells Zhou Fei that she can break her Breaking Snow Blade. She gives her a branch and tells her to attack her.

Duan Jiuniang catches Zhou Fei’s branch and tells her it’s “Catching Wind”. She thinks she is hard to practice Breaking Snow Blade with her vitality. She tells her to work hard, and wants her to practice Kurong Hand with her. But Zhou Fei rejects it because she thinks she doesn’t practice Breaking Snow Blade well. She tells Duan Jiuniang to go to 48 Villages with her.

Li Zheng stops Lin Jingrong and asks Duan Jiuniang why she tangles him. Duan Jiuniang denies and tells Li Zheng that she came to challenge him. She attacks him and asks him why he didn’t use his blade. She thinks he worried that he couldn’t keep the reputation of being unbeaten. He takes the blade away from Li Jinrong, and defeats Duan Jiuniang.

Duan Jiuniang is poisoned by Lian Shen. Li Zheng cures Duan Jiuniang with his martial arts. She asks her why he doesn’t want to admit that he has feelings for her. He scolds her for provoking Di Sha, and tells her that they’re impossible to get together. She tells him that she doesn’t need him to save even if she dies at the street.

Duan Jiuniang asks Zhou Fei why she wants to take her to 48 Villages since she cannot protect herself. She transmits Withering Power into her body. Wu Chuchu blames Duan Jiuniang for hurting Zhou Fei, and reminds her that Zhou Fei is the granddaughter of Li Sheng. She begs her to save Zhou Fei.

Duan Jiuniang thinks what Wu Chuchu said is right. But she cannot save Zhou Fei because Withering Power is inside her body. She thinks she can bear the pain if she belongs to Li family.

Chen Zichen asks Xie Yun to go back with him. But Xie Yun rejects it and thinks people will get hurt if he does so. Chen Zichen tells Mr. Bai to stay in Hua Rong to help Xie Yun.