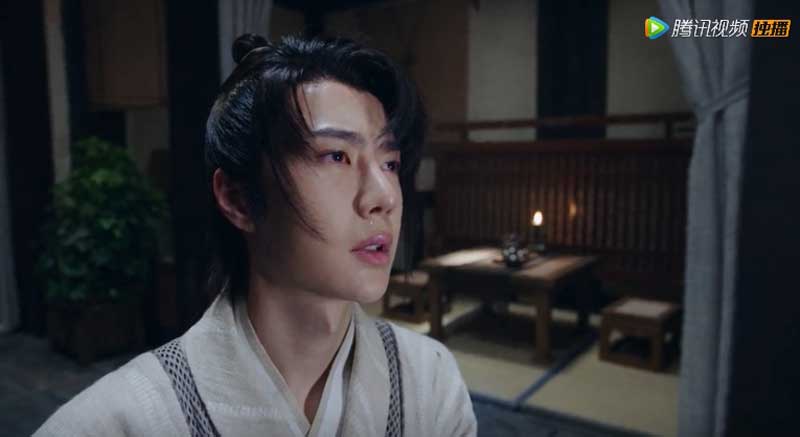 Note: From here on out there are specific plot spoilers for Legend of Fei Chinese Drama: Episode 8.

Xie Yun wants to go out. Chen Zichen stops Xie Yun and thinks it’s too dangerous. Xie Yun comforts Chen Zichen that he’s good at jump art. He says that he has to go out to take a look because he doesn’t know if his friends are safe. He tells Mr. Bai to follow him.

Zhou Fei learns that there is a person who is alive. She wants to go out to take a look. Wu Chuchu intends to go with Zhou Fei. Zhou Fei rejects it and reminds Wu Chuchu that she needs to take care of Wu Xiaodi. She tells her to wait until she comes back. Wu Chuchu tells Zhou Fei that she cannot be alive if she dies. Zhou Fei promises to come back after she saves the person.

Wu Chuchu goes out and tells Duan Jiuniang not to hurt Zhou Fei because they’re not bad girls. Duan Jiuniang smiles and tells Zhou Fei that she’s her grandmother. Zhou Fei scolds Duan Jiuniang and tells her that she will fight with her even if she cannot defeat her. She adds that Li Zheng passed away when he gave birth to her second uncle. She spits blood and passes out.

Xie Yun returns home. Mr. Bai gets on knees and asks Xie Yun to punish him. Chen Zichen learns that Mr. Bai killed Xie Yun’s friends. He tries to get on knees. But he is stopped by Xie Yun. Xie Yun tells Mr. Bai to stand up, and thinks he helped Zhang Chenfei. Xie Yun worships Zhang Chenfei and pours the wine to the floor. He promises to find Zhou Fei.

Zhou Fei wakes up and tells Wu Chuchu that she heard that Xie Yun called her. Wu Chuchu knows Zhou Fei worries about Xie Yun. She comforts her that she saw him off that day.

Blue Wolf arrives and intends to check the trap. Xie Yun pretends to be sick, and asks for seeing a doctor. Blue Wolf flees. Chen Zichen goes out from the secret room and feels sorry. Xie Yun tells Chen Zichen that the refugees came to Hua Rong because of him. He thinks Huo Liantao told his men not to bring trouble to the place.