“Love Crossed” is a new Chinese romance drama which comes out in 2021. The drama tells a story about a girl Jiang Kele who falls for a love boy Lu Xiao after her ex-boyfriend told her that he loves someone else.

Dai Luwa and He Luoluo are the lead actors.

Dai Luwa starred Chinese school romance drama “Please Classmate” in 2021. She played a girl who likes to study. She also starred “Target Person” in 2020. She played the the role Ke Tang. 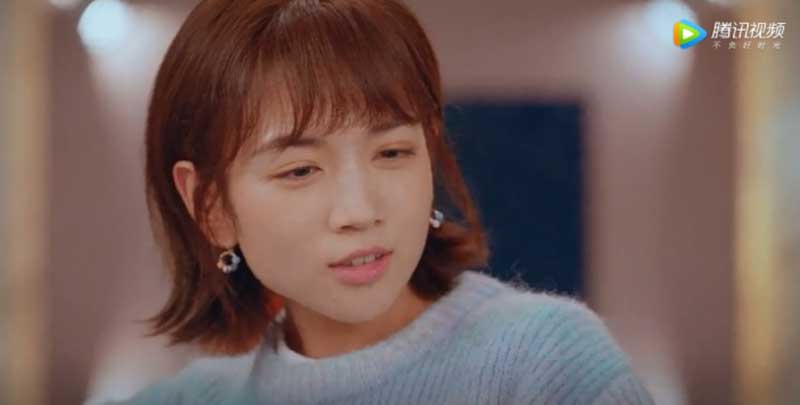 Jiang Kele arrives at the convenience store she works. But the president fires her because she’s late for 5 minutes. She is sad to go to see her boyfriend. She asks him to take new year with her, and tells him that she bought the laptop he likes. But he tells her that he falls for another woman.

Jiang Kele swears to find the boyfriend who won’t betray her. She returns home and opens the present her father gave to her. She finds out that the present is a glasses. She wears the glasses. Lu Xiao appears and achieves the three wishes for her. She feels happy and falls for the role in the game.

He Luoluo as Lu Xiao

He’s a warm role in the game. But he has a big temper in reality. He encounters Jiang Kelei in the subway station, and kiss her when he’s chased by the bodyguards. She catches him and asks him to explain it to her. But he flees after he told her to close her eyes.

He’s a love boy. The president Xu Guanghan asks Zhang Linghe to make Guan Qianya fall for him. Because he thinks the woman will ruin his business.

She owns a blind date company. She hates Xu Guanghan because he took away her customers with love boys.

He’s the boss of the four love boys.

She has a traffic accident in front of Jiang Kele. She’s a cleaner who works for Xu Guanghan.