“Never Say Goodbye” is a new Chinese action drama which comes out in 2021. The drama tells a story about an agent Liu Yuanwen who is asked to get into Group K to find the criminal evidence of Mr. Ou. But he encounters a beautiful girl Ou Kexin who’s Mr. Ou’s daughter.

Zhang Junning and Ren Jialun are the lead actors.

Zhang Junning starred Chinese historical drama “Ruyi’s Royal Love in the Palace” in 2018. She plays the role Consort Yu. She also starred “Here to Heart” in same year. She played a woman who almost forgets her lover. But the man shows up again and becomes her boss.

Ren Jialun starred Chinese romance drama “Miss Crow with Mr. Lizard” in 2021. He played a president who is heartless because he has a mechanical heart. But his heart is warmed by a girl. He also starred “Love a Lifetime” in 2020. 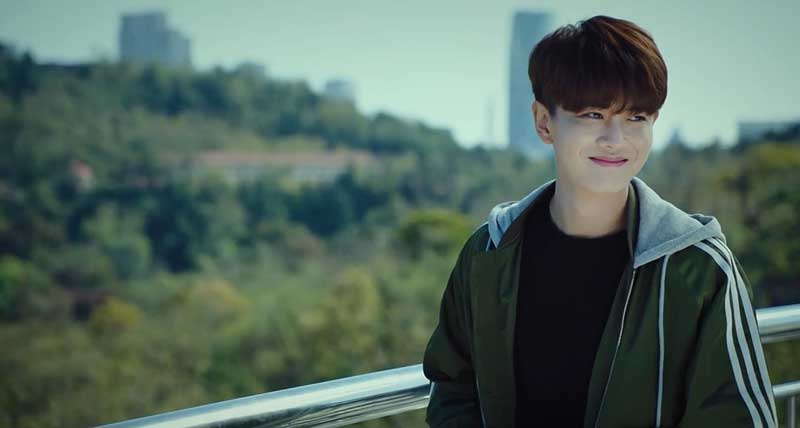 Liu Yuanwen sets a fire and calls the police. The police searches for the location of the phone. The follower reports to Mr. Cao that there’s a fire. Mr. Cao intends to throw Li Ruosheng into the sea. Liu Yuanwen shows up to save Li Ruosheng. He takes him to walk out of the building. The police comes.

Liu Hanshan meets with Liu Yuanwen and tells him that his name is Mu Qing. He tells him to wait for Li Ruosheng looking for him. But Liu Yuanwen thinks he needs some time to be close to Mr. Ou because Li Ruosheng isn’t important to the boss.

Liu Yuanwen tells Li Ruosheng that he has his rules. But Li Ruosheng points out that the rules mean nothing when the loan shark asks him to repay the debts. He tells him that he needs his help. Liu Yuanwen agrees to it.

Li Ruosheng brings the breakfast to Liu Yuanwen and tells him that he made it for his lover. Liu Yuanwen cannot stand it. Li Ruosheng complains that Mr. Ou doesn’t accept him even if they worked hard for him.

She’s an innocent girl who doesn’t know what her father did. She begins to hit on Liu Yuanwen after he helped her chase the thief.

He created K Group and did many bad things. He doesn’t want his daughter to get involved in his business.

He’s the chief police who wants to catch Mr. Ou. He gives Liu Yuanwen a new identity Mu Qing, and gets him to join K Group.

He used to be Liu Yuanwen’s best friend. But he hates him because his sister died for him.

She’s Rong Yao’s follower. She has feelings for him.

He’s the thug who wants to replace Mr. Ou. He lets Liu Yuanwen join K Group after seeing his talent.