Zhou Ying (Sun Li) and her adoptive father Zhou Laosi perform for living in Jinyang city. She perform how she isn’t afraid of big sword to their audiences. However, a strong man doubt it. Zhou Ying argues with him. The man claims he will believe it, if she lets him chop her. Zhou Laosi gives him his sword and lets him chop. He falls when the man chops on his belly. Zhou Ying cries. The viewers give them lots of money after seeing it. 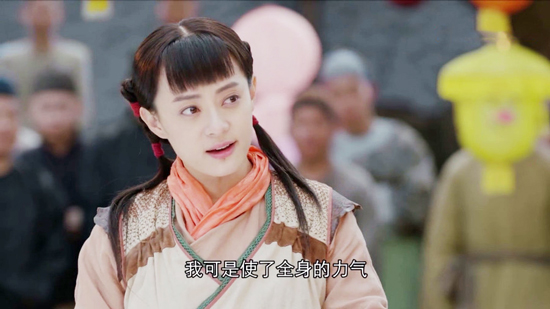 Zhou Ying gets her money and buys cookie herself. She hears a call for help. A beggar is hit by a nobility. The beggar cries for money. She knows it’s a trick and want to know how he deals with it.

The nobility named Wu Pin (Peter Ho). He comes from a rich family in Jinyang. Although he knows it’s a trick, he pities the beggar and is going to give him money. A intellectual stops him and discloses beggar’s trick.

Zhou Ying gets a new idea. She pretends the beggar’s younger sister. Wu Pin tells her her older brother’s news without any defence. She knows her brother cheats good people again, then she bring jade pendant for paying money. Her action wins Wu Pin’s trust. He knows her father is dead, little brother has been hungry for 3 days, older brother has to beg, mother is sick. Wu Pin gives her money and his visiting card and claims she can visit him if she needs help.

Zhou Ying cheated money and returned home, she sees Zhou Laosi is clear away things. He reveals he sells her to Shen family. It sells more money than previous. Zhou Laosi doesn’t have any interest except performing and gambling. This time, he lost money, so that he has to sell his daughter to get the money. 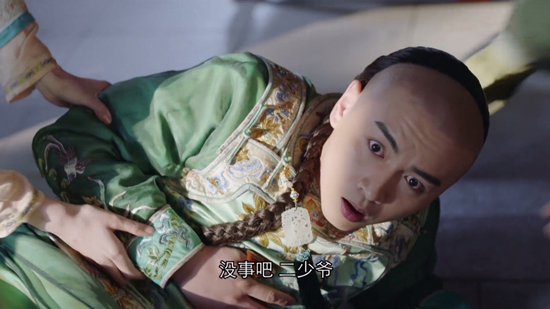 In Jinyang city, Wu and Shen are big family. However they are not friendly each other. Zhou Laosi knows his daughter is tough enough, may escape from it and cheat money for him.

The next day, Zhou Ying hears a girl argues with servants and wants to get marry with 2nd young master. The girl named Qian Hong who plays piano for a brothel. The 2nd young master Shen Xingyi (Chen Xiao) gives her plenty of money while fighting with other young masters. Lord knows it and is going to punish him. Servants and maids are afraid of Shen Xingyi. Zhou Ying as a rookie is assign to server for him.

Shen Xingyi wants to drink tea after blamed by his older brother. He is scalded by tea and going to hit Zhou Ying. She isn’t afraid of him at all and kicks him on the ground. He is called by his father while he wants to knick it back. His ass is broken while returning.

Zhou Ying needs to watch in the evening, Shen Xingyi cries not to go to bed. He wants to trouble her. However she pretends to obey but punches his back until he cannot resist.

A conspiracy is going to begin, Wu Pin is invited to Long Shenghe tea shop. He meets the intellectual who helps him to drive away the beggar. The intellectual named Du Mingli coming from Prince Chun Qin. He is investigating Hu Xueyan, however he doesn’t know it is related to Wu family and wants to do a good friend to Wu family. Wu Pin’s father Wu Weiwen is smart enough and refuses his invitation.