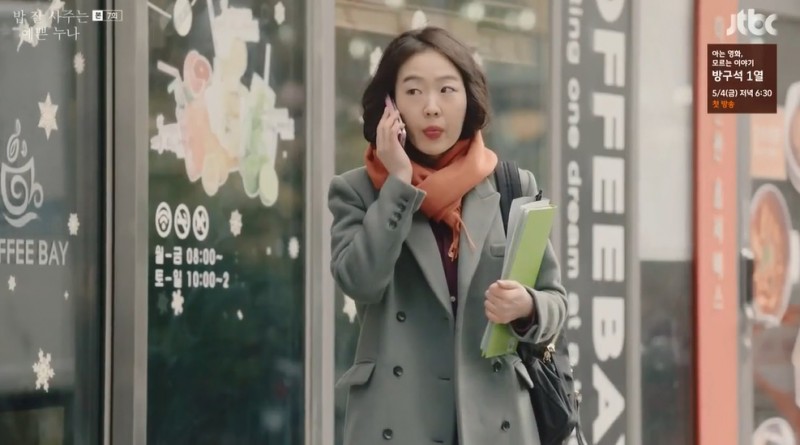 In the 7th episode of Pretty Noona Who Buys Me Food Korean Drama, Seung Ho gets angry after knowing Joon Hee and Jin Ah are in relationship. Sang Ki knows his daughter is dating his son’s friend as well, and thinks it’s ok if they fell in love. 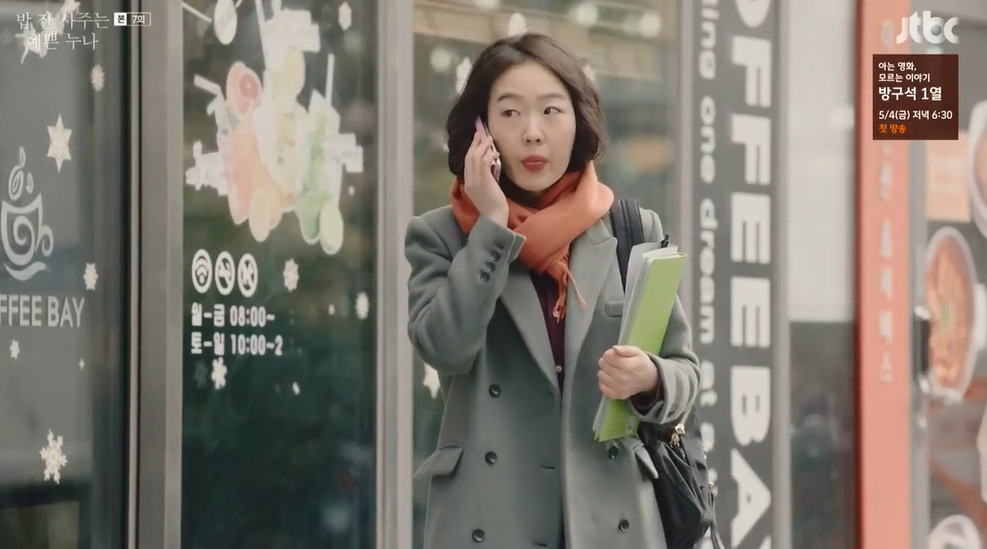 Joon Hee asks Kyu Min’s mother to talk to him when she wants to talk to Jin Ah. Kym Min’s mother asks him that who he us. Jin Ah claims he is my boyfriend, and gets off the car to see Joon Hee while she is on the way home with Seung Ho.

They run into at the shortcut and stay in the car for a while, then she returns home. Jin Ah worries Joon Hee after knowing he is going to see Seung Ho. He asks her not to worry about, and claims he will do it well. She looks up after he left. Just then coffee shop owner passes by, and asks her what she looks up. She says that it’s nothing.

Kyung Sun asks Se Young, “Is the Gangwando fun?” But Se Young reveals it’s first time to hear this place, and messages Bo Ra, asking her about it. Bo Ra realizes something, and calls Jin Ah, but she didn’t pick up. She has to call Seung Cheol, and asks him to get Joon Hee for her. Seung Cheol thinks Joon Hee is dating Bo Ra when he is talking with her on the phone.

Jin Ah is told that she cannot change her phone when she visits the phone shop, as the phone owner is Kyu Min. Bo Ra takes Jin Ah to rooftop after she returns to office, asking her if she has to stay with Joon Hee. Jin Ah says that her heart races when seeing him, and asks Bo Ra to use her phone. She calls Joon Hee after Bo Ra teased her.

Joon Hee wants to buy Jin Ah a new phone while they are eating, but she rejects and wants to buy herself. He asks her, “Did you hid something from him?” She says that he will find out if she hid, and asks him not to give her a ride, because she wants to ride subway.

Joon Hee runs to her and gives his phone to her when she is waiting subway, tells her to turn off it if she fears Kyung Sun’s calls. Joon Hee tells Kyung Sun that he left his phone somewhere when she asks his phone is turned off. Sang Ki has a meet with Kyu Min who asks him to apologize to him because his daughter cheated on him, but Sang Ki doesn’t want to make apologize, as Kyu Min cheated first.

Kyu Min thinks Sang Ki cannot accept Joon Hee because he is Seung Ho’s friend, and he treats him like his son. But Sang Ki disagrees and reveals he trusts him as he knew Joon Hee when he was a child. Seung Hi thinks Joon Hee cannot face his parents as well, because he is the son in their eyes. He warns Joon Hee to deal the case well so that Jin Ah won’t be hurt, Joon Hee accepts.

Jin Ah and Kyung Sun takes drunk Sang Ki home, he seems very happy. Cheol Goo asks Jin Ah that why she is changed when he treats her the dinner, and begs her to understand him if he did anything wrong on her. She reveals there is one person treating her as precious, so that she has to protect herself. Just then Joon Hee hears what they talk and laughs.

Sang Ki asks Jin Ah to confess to him, but she tells him that he should give her more time. He accepts it. Kyu Min asks Jin Ah to get in his car and says he has something to tell her. But he drives the car fast and ignores her when she asks him to stop.