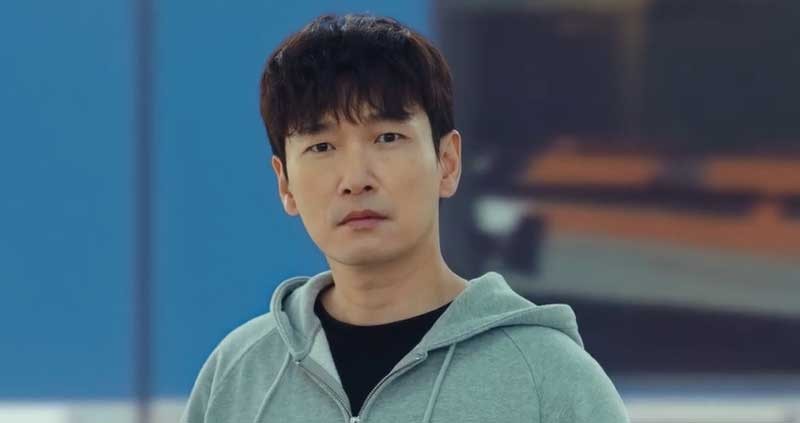 This is the recap for Korean drama Sisyphus The Myth: Episode 2. Tae-Sul finds a key inside the suitcase. He takes a look at the camera which is carved the name Tae-San. He takes Tae-San’s phone and gets back to his car. He opens the phone and notes that someone kept calling his brother according to the messages. 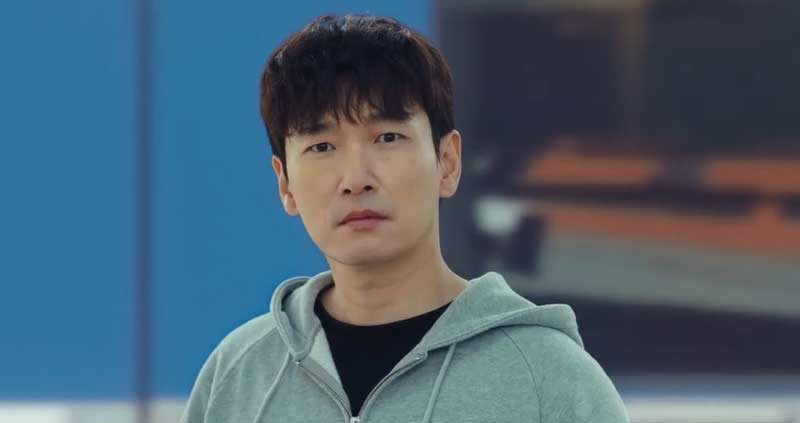 Note: From here on out there are specific plot spoilers for Sisyphus The Myth: Episode 2.

Someone calls Tae-San. Tae-Sul pretends to be Tae-San. So the guy introduces himself as Mr. Park. Mr. Park asks Tae-San if he got a key. He finds out that the person isn’t Tae-San after Tae-Sul couldn’t speak out the number on his arm. He hangs up. Tae-Sul is startled and tries to call Mr. Park. But the guy doesn’t pick up his phone. He takes a look at the key.

Eddie Kim calls Tae-Sul and throws a fit to him. He tells him to go home. Tae-Sul returns home. He sees the police cars. He walks into his house and finds out that the cops are looking for something in his house. So he asks Eddie Kim about it. Eddie Kim tells Tae-Sul that the thief got into his house.

The cop asks Tae-Sul if his stuff was stolen. Tae-Sul denies and notes that the painting on the wall is weird. He gets his follower to take off the painting. He sees the words on the wall. It warns him not to look for his brother.

Eddie Kim thinks the thief came because Tae-Sul looked for Tae-San. He asks him if he did something bad. Tae-Sul remembers the suitcase. He tries to use the key to open the locks in his house. But it doesn’t work. He throws the key into the suitcase, and finds the film in the camera.

Bong-Seon shows up and finds out Tae-Sul is carrying a huge cloth. He helps him carry it. Tae-Sul prints the photos. Bong-Seon finds out that Tae-Sul got married with a woman. But Tae-Sul doesn’t know the woman at all.

Tae-Sul gets married with Seo-Hae. Her belly is bleeding. He cares for her. Someone shows up and points a gun at Tae-Sul. He asks him to make a choice between his bride and the world. He shoots him.

Seo-Hae wakes up from her dream. She notes that her nose is bleeding. She wipes off the blood, and sees the sunshine. She goes out and takes a look at the tomatoes. She enjoys the sunshine and closes her eyes. She remembers his father warned her not to touch anything. She wore the mask.

Restaurant Owner is fixing the light. He swears to punish Jae-Sun if he finds him. The nail drops. Hyun-Seung shows up and picks up the nail for him. He lets his follower catch Restaurant Owner after knowing Seo-Hae stayed there.

Jae-Sun returns home with some bananas. Landlady asks him if he kept a girl last night. He denies. She points at Seo-Hae who stays on the rooftop. He complains that Seo-Hae shouldn’t go out because she is illness. He walks to her and notes that she wants to leave.

Seo-Hae tells Jae-Sun that she needs to go to protect Tae-Sul because he opened the suitcase. Jae-Sun asks Seo-Hae to repay him because she takes his bag. She rejects it and wants to leave. He tries to stop her and tears up her clothes. He sees the number on her arm. She rages to grab his neck. He sees something on her arm. He is scared to trip.

Jae-Sun mistakes that Seo-Hae is an evil spirit. He gets on knees and asks her to forgive him. She writes down her number to him, and asks him to compensate for her clothes. He tries to give the dress to her. But she asks him for his jacket. He takes off his clothes and gives them to her.

Seo-Hae wears the clothes Jae-Sun gave her. She tells him that they need to leave. So he calls Restaurant Owner. But Restaurant Owner doesn’t pick up his phone. Because he got killed. Seo-Hae takes a look at outside. She sees Hyun-Seung talking with the Landlady.

Hyun-Seung gets his follower to open the door. Other followers break into the house. They only see Jae-Sun. Seo-Hae closes the door when they turn around. She gets rid of them all with her hands. Seo-Hae rushes out of the house. She takes Jae-Sun to flee when she shoots the guys on the rooftop.

Seo-Hae throws Jae-Sun to another building. She jumps to the building. But the enemies shoot them. She has to conceal to the bunker with him. Yeon-Sik shows up and tells her to appear. She puts down her gun and tells Jae-Sun to jump. But he rejects it and rushes out. He tells the enemies that he isn’t the bad person.

Seo-Hae grabs Jae-Sun and throws him to the building. She takes him to flee when the enemies shoot them. Hyun-Seung takes his men to surround Seo-Hae and Jae-Sun. He asks her if she wants to get killed. She denies and takes Jae-Sun to fall to the dump truck. Yeon-Sik plays the recording to Hyun-Seung. Hyun-Seung knows that Seo-Hae wanted to find Tae-Sul.

Tae-Sul visits Tae-San’s grave. He pours his ashes into a plastic bag. The woman glares at him because she thinks he doesn’t respect the dead. Tae-Sul puts the ashes into the machine. A paper comes out. He wants to take the paper. But Eddie Kim robs it. Tae-Sul thinks Eddie Kim and Seo-Jin are in love. Because she came with him. Seo-Jin gives the paper to Tae-Sul. Tae-Sul learns that Tae-San isn’t dead.