In the 33-34th episodes of Story of Yanxi Palace Chinese Drama 2018 Recap, Wei Yingluo is framed to murder Imperial Concubine Gao with cursed doll. Fu Heng has to agree emperor to marry Er Qing to save her. But Wei Yingluo thinks Fu Heng betrayed their love. 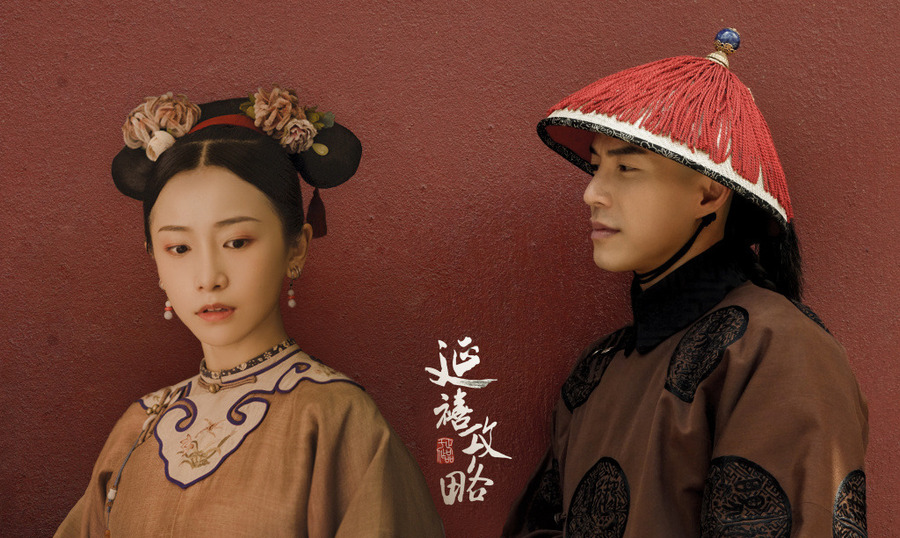 Note: From here on out there are specific plot spoilers for Story of Yanxi Palace Chinese Drama Episodes 33-34.

Wei Yingluo knows Yuan Chunwang is a nice person, and calls him as her brother after he risked his life to hide she murdered Imperial Concubine Gao. He is pleased, and wants to hold the ceremony. But she persuades him to cancel it as they are poor.

Wei Yingluo hears empress’s illness is serious from maid, and worries about her. But she doesn’t know the maid was instigated by Fu Heng, and is caught when she sneaks into eternal palace. He tells her to see empress at midnight after the guards left, and wishes she can stay with him.

Wei Yingluo sneaks into eternal palace to see empress, and hopes she can wake up soon. But she hides herself when emperor arrives. He pretends to leaves, and catches Wei Yingluo. He tells her to stay away from empress, and it’s the only way to save her. Wei Yingluo doesn’t get his points, and catch a chance to flee.

Imperial Concubine Xian throws off the medicines the gave her, and is intention not to cured, so emperor will rememeber her grace. Imperial Concubine Chun runs into Fu Heng at palace, and asks him about he and Wei Yingluo’s relationship. He admits it, and says that he wants to stay with her. She is frustrated, and tears up her painting. The maid tells her not to miss Fu Heng since she married emperor. But Imperial Concubine Chun isn’t willing to accept her failure.

Emperor is annoyed by flood, and goes to visit empress. But Ming Yu thinks he is intention to catch Wei Yingluo, and blocks his way. So he has to ask Ye Tianshi to give the task of delivering medicine to him, and sees empress.

Emperor knows Wei Yingluo thought he doesn’t care empress, and reveals he has his business to deal with. She recites his lines, and tells him to listen to his heart. He is relieved, but hears her dislike to his lines.

Emperor decides to decrease the tax to whole country, but ministers object it as they have to lower the budget of government.

Wei Yingluo worries about empress, and goes to see her everyday. Yuan Chunwang is jealous it. She tells him empress treated her well, so she did it for payback. She pinches his mouth, and claims he will do it for him once he is ill. He is pleased.

Emperor wants to forgive Wei Yingluo, and send her to take care of empress. Er Qing takes her to see Wei Yingluo and Er Heng being closed. He is jealous, and leaves with anger. Ming Yu blames Er Qing for framing Wei Yingluo, and doesn’t expects she framed her friend, and wants to report it to Wei Yingluo. But she promises to cover it for Er Qing when she begs her.

Madam Liu takes maids to get the figure in Wei Yingluo’s room, and emperor decides to interrogate the case since it’s related to Wei Yingluo. Madam Liu shows the cursed figure to emperor, and reveals Imperial Concubine Gao insulted Wei Yingluo when she delivered cheese. Emperor gives the charge to her because of jealousy.

In order to kiss up to Yuan Chunwang, Jin Xiu sputters out that Wei Yingluo is caught for murdering Imperial Concubine Gao by accident. He is blue fit, and asks Fu Heng a favor. Fu Heng wants to intercede with emperor for Wei Yingluo, but Yuan Chunwang thinks it will provoke emperor. So Fu Heng has to pour out his feelings to empress.

Er Qing persuades Fu Heng to marry her to take off emperor’s doubts. Empress tears up, but doesn’t wake up. Wei Yingluo checks the doll, and points out that the knot method is different to her. So Madam Liu is locked up. Wei Yingluo thinks Madam Liu was instigated to frame her, and asks Imperial Concubine Xian to find the behind. But emperor locks her up for having illicit intercourse with bodyguards.

Wei Yingluo kneels down in front of palace for one day and one night. But emperor doesn’t change his mind, and threatens not to let her get what she want. Fu Heng knows emperor hates him, and bears the pain to express that he wants to marry Er Qing. Emperor is pleased for his understanding, and releases Wei Yingluo.

Wei Yingluo is happy to return to laborious department, but Fu Heng tells her that he is going to marry Er Qing, and returns the string bag she gave him to her. She throws it into the pool, and doesn’t want to see him. She says that she had faith to their love when emperor punished him, but he gave it up. Fu Heng is upset, he has no choice but to stay away with her. He picks up the string bag from the pool after she left. The string bag can be picked easily, but their love won’t return.

Wei Yingluo cries out in her room, and blames Fu Heng. Yuan Chunwang knows her feelings, and comforts her. But he doesn’t tell her why Fu Heng chose to marry someone else. She asks him why he went to the forbidden city since he is a outstanding man.