In the 29-30th episodes of Story of Yanxi Palace Chinese Drama 2018 Recap, empress lost her baby after being pushed down stairs. Ming Yu tells Wei Yingluo about it, but she blames empress for sending her to laborious department. Everyone thinks Wei Yingluo is cruel to her master. 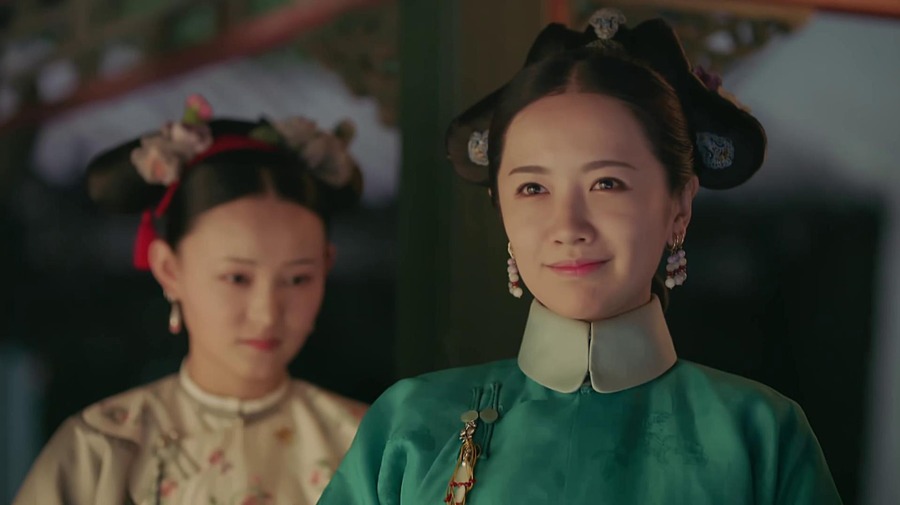 Note: From here on out there are specific plot spoilers for Story of Yanxi Palace Chinese Drama Episodes 29-30.

Emperor hears Wei Yingluo didn’t ask for forgiving after being sent to laborious department, and asks servants to give her extra tasks. He wants to see her begging.

Wei Yingluo wants to take Yuan Chunwang to flee, but he tells her that Mr. Zhang won’t forgive them. So they steal Mr. Zhang’s passport, and throws him into manure bucket to send him out of palace. Yuan Chunwang appreciates her, and leans on her body. She asks him why he didn’t get a female partner himself. He says nobody looks up on a servant, and reminds her not to expect marrying Fu Heng. She is furious after knowing he watched on her.

Ming Yu and Er Qing argue if empress should attend Queen’s party, empress picks Er Qing’s advise to attend. Wei Yingluo knows the children were burned by iron melt when performing Imperial Concubine Gao’s show “A Riot of Colour”, and thinks it’s too cruel. Yuan Chunwang persuades her not to interfere it as she is in low position.

The bats come because of deer blood, and Imperial Concubine Gao catches the chance to push empress down stairs. She is intention to hurt herself to transfer the suspicion. Emperor takes care of empress all night after knowing she lost her baby, queen wants to see empress as well, but she is blocked by servants. Ming Yu feels guilty for didn’t protect empress, and goes to discuss with Wei Yingluo about it.

Queen was moved by Imperial Concubine Xian’s gut when the bats attacked her, and decides to give power to her. Wei Yingluo is furious after knowing empress lost her baby, and guesses it was Imperial Concubine Gao. But she claims empress won’t wake up even if she goes to see her when Ming Yu takes her to eternal palace. Ming Yu thinks she is too cold. Fu Heng talks to Wei Yingluo, but she blames empress for sending her to laborious department.

Ye Tianshi tells emperor that there is a blood clot inside empress’s brain, and he doesn’t know when she will wake up. Fu Heng waits outside, and worries about his sister. Imperial Concubine Chun goes to comfort him. He is curious where the bats come from, and Hai Lancha tells him the maid poured the deer blood to draw bats, and she was died at the wall. Fu Heng thinks empress’s injury was someone planned, but he lacks evidence.

Jin Xiu thinks Wei Yingluo is too cruel to empress, and sends her to deliver cheese to Imperial Concubine Gao. Imperial Concubine Gao pours the cheese on her, and wants to disable her hand. Emperor arrives, and saves her. He is sad when Wei Yingluo get bullied, and leaves a umbrella for her when it’s raining, although he pretends not to want to see her. But she disappears and the umbrella is still at there when he returns.