In the 9-10 episodes of Story of Yanxi Palace Chinese Drama 2018 Recap, Imperial Concubine Gao wants to kill Wei Yingluo as she knew she was intention to murder Imperial Concubine Yu. Fortunately, empress saved her. Wei Lingluo wants to burn Fu Heng with a kettle, but it burns Hai Lancha by mistake. 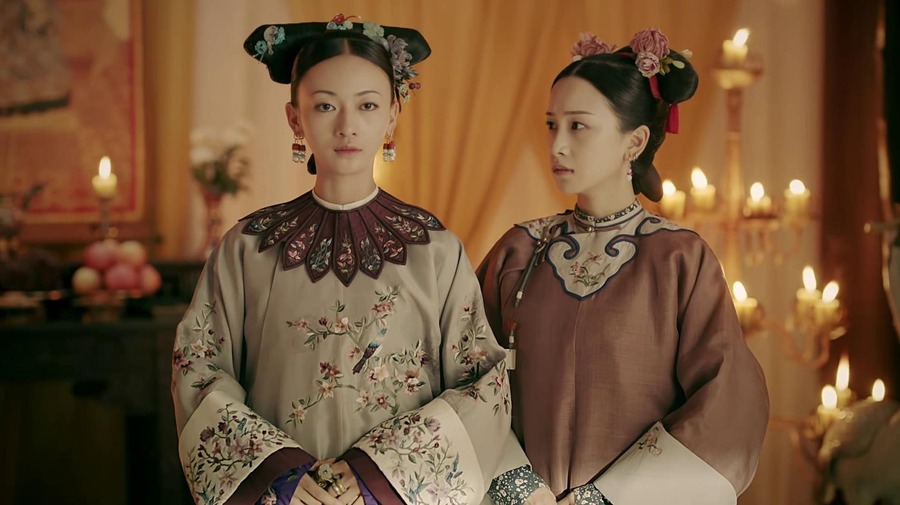 Note: From here on out there are specific plot spoilers for Story of Yanxi Palace Chinese Drama Episodes 9-10.

Wei Yingluo advises Fu Heng to interrogate the servant. But the servant claims that empress instigated him, and commits suicide. But she checks the wound on servant’s body, and proves that they fought. So Imperial Concubine Gao cannot frame empress.

Imperial Concubine Yu wakes up, but she is insane. Fu Heng thanks Wei Yingluo for helping empress, and brings medicine to her. He asks her why she risked her life to set fire, she says it’s fast way to catch attention. He is interested in her more, and reveals he and empress depended on each other when they were children. She asks him if she knows A Man. He is stunned for a while, but denies soon.

Wei Yingluo thinks Fu Heng killed her sister, but Madam Zhang says she lacks evidence. Wei Yingluo says Fu Heng slept her sister, so he wanted to cover it. Empress decides to sell the jewelry from eternal palace to get money. Wei Yingluo is curious why eternal palace lacks money. Empress reveals Household Department doesn’t want to transfer money, so she has to sell the jewelry to help poor people. Wei Yingluo thinks she will get blamed, but empress says it doesn’t matter if she can help those poor people.

Wei Yingluo made a kettle for Fu Heng, he is happy after receiving the gift. But he doesn’t know the kettle is a trap. Hai Lancha sees the kettle, and wants to take it. But he hurt himself. Fu Heng is sad, and asks her why she wanted to murder him. She pretends she made a mistake when she sewed the kettle, and flirts with him when he is blushing. He goes to see burned Hai Lancha, Hai Lancha thinks it’s a mistake as well, and reveals it’s complicated to sew the kettle. Fu Heng is moved.