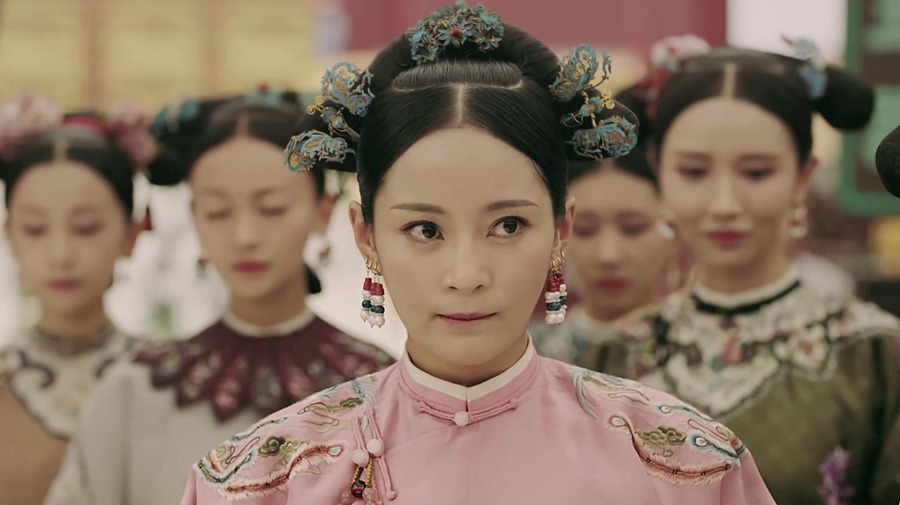 Note: From here on out there are specific plot spoilers for Story of Yanxi Palace Chinese Drama Episodes 11-12.

Chun Wang is sent to do the inferior job because he helped Imperial Concubine Xian to see jewelry. He thinks he didn’t do anything wrong, but is bullied by his colleagues, and goes to eat foods with dog. Emperor knows empress likes to eat lichee, and carried a lichee tree to her. She tells Wei Yingluo to keep the lichee tree until next party, so she can share the lichee with other imperial concubines.

Empress hosts a huge lichee party, and invites concubines. Wei Yingluo goes to arrest the maid who meets up with Fang Cao. But she finds out the shell powder isn’t venomous, and realizes that Imperial Concubine Jia’s goal is the lichee party.

The dog is going to be executed, but nobody wants to offend Imperial Concubine Gao. Wei Yingluo replaces the dog with fake fur to save him. Emperor realizes that he was cheated by the maid again.