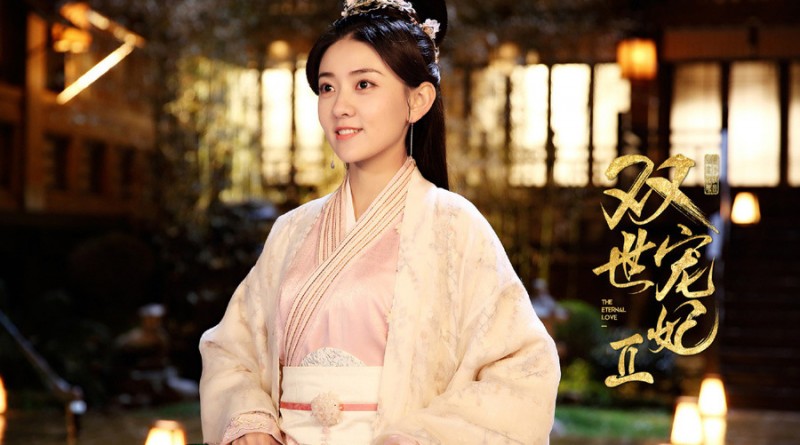 These are 1-2th episodes of The Eternal Love 2 Chinese Drama Recap, Mo Liancheng and Qu Xiaotan return to Qu Xiaotan’s hometown after killing devil king. But she doesn’t know him at all, so he tries to explain to her that she is his wife at Dong Yue. But she thinks he plays her. 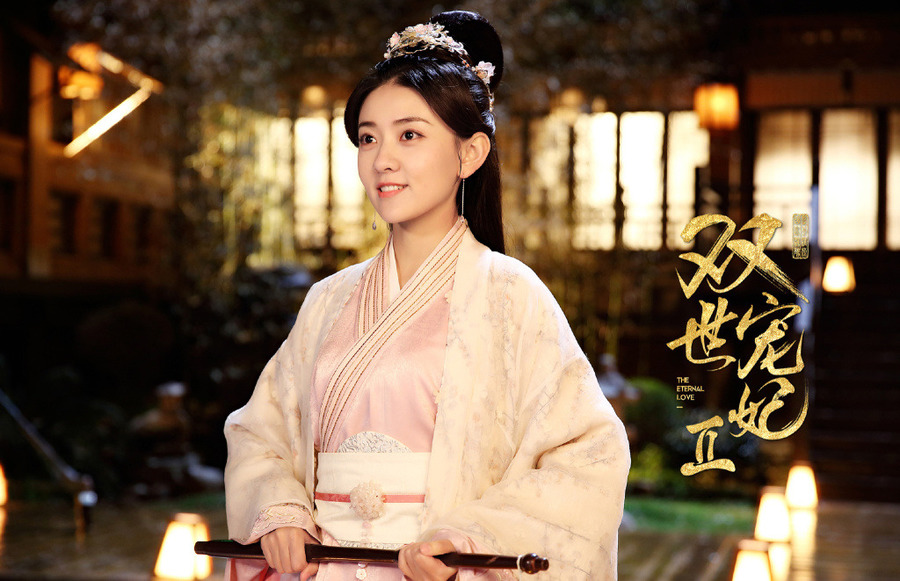 Note: From here on out there are specific plot spoilers for The Eternal Love 2 Chinese Drama Episodes 1-2.

Mo Liancheng and Qu Xiaotan fall into the crack of space after killing devil king. Mo Liancheng finds out that he landed a strange land, and looks for Qu Xiaotan insanely. He finds out it’s her hometown, and learns knowledge to become an antiques dealer.

He finds her through a human resource website, but she doesn’t know him at all. The time and space are contorted. He decides to protect her when she sells house to him with smile.

Qu Xiaotan gets a call from her boss who asks her to send paper to their big client, and finds out the client is a handsome male. Mo Liancheng asks Qu Xiaotan to climb over the wall to get the house key. But he opens the door when she climbs over the wall.

He is lost when seeing irritated Qu Xiaotan, and remembers she called him Niang Pao when they first met. He picks her when she is falling, and hugs her.

Mo Liancheng asks Qu Xiaotan to marry him because he needs a wife to buy another house. She is moved since he is handsome and rich. But he changes his mind since she hesitates. He goes to his study to practice handwriting, and she gets ink for him. But she messes up his clothes, and goes to wipe it. She finds the flower tattoo on his chest.

Qu Xiaotan takes a bath, and posts a message on weibo about the weird client Mo Liancheng. Just then she gets a call from him, and he tells her that he is downstairs, and hangs up. She gets in his car with temper, and he takes her to gourmet restaurant. He thinks he will get her when she is enjoying the foods.

Mo Liancheng hands over his phone to Qu Xiaotan, and asks her to add his wechat when they’re in the car. He detects something, and pushes her out. A weight hits the roof, but he is safe. She takes care of him, and falls asleep in the kitchen. He stares at her, and takes her to the bed.

Qu Xiaotan checks her weibo, and finds her classmate A Yuan’s photo. She gives it a like. Just then Mo Liancheng calls her. She doesn’t know how to answer him, so she hangs it up. But he visits her when she is going to date A Yuan.

A Yuan flirts with Qu Xiaotan in the bar, and she feels uncomfortable. He drops medicine in her wine glass when she goes to restroom, and takes her to his car when she passes out. Mo Liancheng doesn’t notice it when A Yuan passes through.

But he finds out the wine glass is weird after asking the waiter, and realzies that the woman in the car was Qu Xiaotan. He follows A Yuan, and goes to a factory. He beats up the thugs, and takes her home.

The next day, Qu Xiaotan finds out she lies in his chest, and pushes her away. He explains to her that A Yuan called him, and asked him to pick her. She is furious, and asks him why he didn’t send her to her home. He is jealous, and thinks she has terrible taste to pick men, and she finds out he logined in her wechat. She thinks he is spying her. He explains to her that he just wants to protect her, but she doesn’t believe what he said.

Mo Liancheng worries about Qu Qiaotan, and follows her. Just then a car passes by, and a woman stares at Qu Xiaotan. Qu Xiaotan is lost, and gets in her car. Mo Liancheng follows them until Qu Xiaotan jumps off from the cliff. He jumps off as well.

Qu Taner and Mo Yihuai are in relationship, but emperor has to ask Mo Yihuai marry Qu Paner because of the paper of previous emperor. Mo Yihuai is against it, but Emperor threatens him with Qu Taner’s life. Mo Yihuai claims he will commit suicide with Qu Taner. Emperor is furious, and locks Mo Yihuai up.

Qu Taner is in a coma after jumping into water, and the doctor thinks he tried his best. Qu Taner gets up from the bed suddenly, and everybody thinks she is a ghost. The woman who wakes up isn’t Qu Taner, but Qu Xiaotan. Qu Xiaotan is shocked after Jing Xin told her that what she lives is Dong Yue. She rushes out, and confirms it. Mo Liancheng finds out he is in Dong Yue as well after waking up.