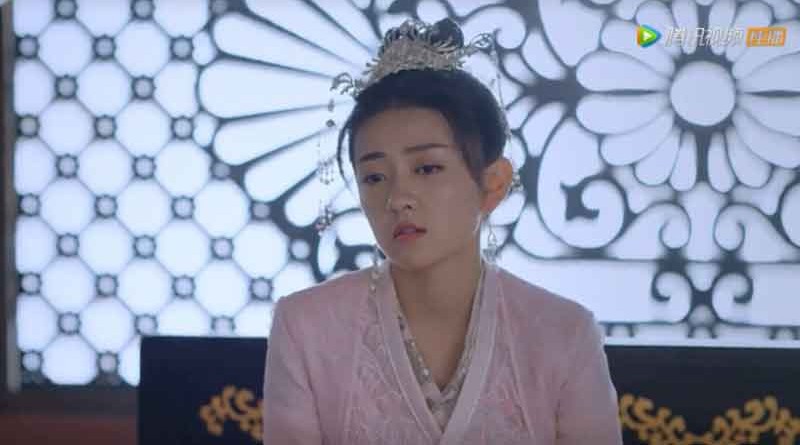 This is the recap for Chinese drama The Eternal Love Season 3: Episode 10. Mo Yanchen wants to give the gold hairpin to Qu Taner. But she takes him outside and attacks him. He has to fight with her. She tells him that she cannot get the first place if he doesn’t attack her. 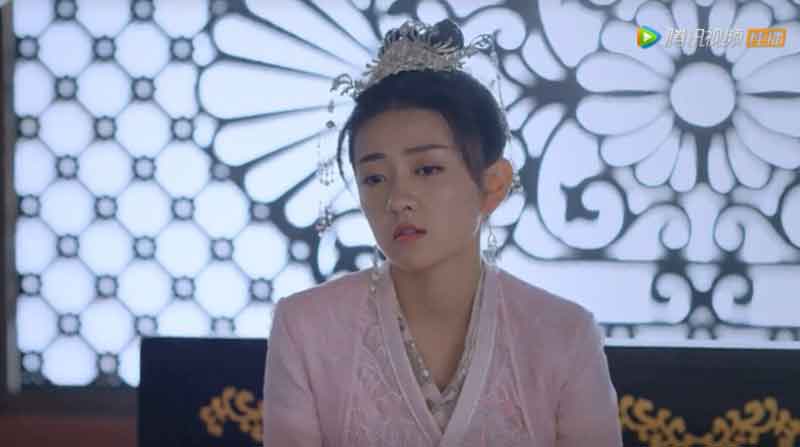 Note: From here on out there are specific plot spoilers for Chinese drama The Eternal Love Season 3: Episode 10.

Mo Liancheng gives the sword to Qu Xiaotan, and tells her that he wants to practice sword with her. She accepts the sword while holding his hand but she doesn’t want to practice sword. She lets him hold her legs when she does sit-up. She catches the chance to kiss him and put her head on his shoulder. She falls asleep in his arms. He finds out that she’s cute when she’s sleeping.

The follower reports to Mr. Mo that Wei Qianmo prepared foods for them. She thinks they can take action once they get Queen’s badge. He tells her to leave when he notes that Mo Liancheng came. Mo Liancheng thinks Queen gave the badge to Qu Xiaotan because she wanted to test her. Mr. Mo tells Mo Liancheng to take action if he has any sincerity. Mo Liancheng says that he wants to repay the nation.

Mo Qiancheng tells Qu Xiaotan that he wants to go to palace with her. She thinks he cannot live without her. So he lets her go to take the test alone. But she holds his hand to stop him. Qu Xiaotan pretends to get defeated but she puts her sword on General Lu’s neck after she went to take a look if she’s fine. General Lu praises Qu Xiaotan. Xiao Zhen tells Qu Xiaotan that Queen will feel happy if she knows about her progress. She thanks the two but she finds out that Mo Liancheng disappeared.

Qu Xiaotan walks into Queen’s room. Mo Liancheng blocks her mouth from her back. He’s surprised that she came. She walks aside and tells him not to take Queen’s badge. She tries to take him away. But Xiao Zhen catches the two and asks them to explain it. Qu Xiaotan tells Xiao Zhen that she wanted to steal the prescription of the supplement. So she got Mo Liancheng to do that. Xiao Zhen tells the two to wait for the punishment of Queen.

Qu Xiaotan passes out. Mo Liancheng carries her when he walks. He thinks she doesn’t have to do that. But she thinks she got lucky because of the misfortune. He tells her that he will repay her grace when he treats her wound. So she asks him to sleep with her. But he points out that it’s Mo Yanchen’s turn. She wants to take back her order. She tells him not to risk his life, and reveals she knew his troubles. She adds that he doesn’t have to steal Queen’s badge if he wants to fight for men clan. But he says that he doesn’t have other ways.

Qu Xiaotan tells Mo Liancheng that his dream is also her dream. He mentions he got her involved. She tells him that she loves him, and wants to sleep with him. She’s surprised that she has the evil mind when she’s injured. She tells him that he’s charming. He wants to kiss her. She learns that he has feelings for her. She doesn’t want to let him get her so easily. So she tells him to visit her in the evening.

Qu Xiaotan gets changed in her room to wait for Mo Liancheng. She wonders why he doesn’t come. She tells Jing Xin to return home to have a good rest. But Jing Xin is against it because Qu Xiaotan isn’t cured. So Qu Xiaotan tells Jing Xin that it’s her order. Jing Xin leaves. Qu Xiaotan finds the medicine Mo Liancheng left for her. She thinks he still cares for her even if he forgot the past of them. She wants to get the memories back for him.

Qu Xiaotan learns that Mo Liancheng got his memories back when he threw a fit. She wants to do something to him. Jing Xin worries about Mo Liancheng. Qu Taner visits Mo Liancheng and scolds him for not greeting her in the morning. He tells her to contain him because he feels uncomfortable. She’s furious to leave.