Ying Zheng (Vin Zhang) begins his career after becoming the king of Qin kingdom in 238 B.C. He was born is Handan of Zhao Kingdom. His original name is Zhao Zheng. He was hijacked as a hostage since he was a child. When Ying Zheng walks into his palace, he reminds how he was bullied in Zhao kingdom and controlled by Lü Buwei and Queen Dowager Huayang in Qin kingdom. Now, Queen Dowager Huayang falls, Lü Buwei is in danger. Ying Zheng, this tiger is going to dominate the six kingdom. 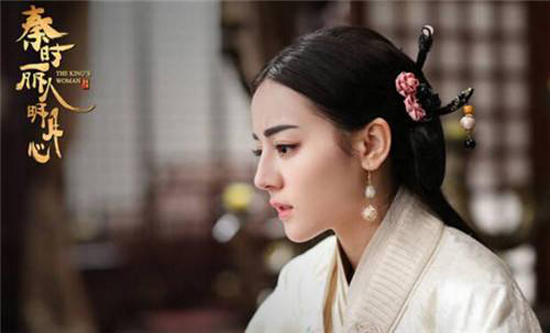 According to the report from spy, Lao Ai goes to Luoyang. Ying Zheng decides to track down him himself.

In the restaurant, Gong Sun Li (Dilraba Dilmurat) and Jing Ke are lunching. They decides to look for the sword master of Lu Goujian. Ying Zheng, Zhao Chengjiao and Li Zhong are on another table. Ying Zheng decides to let all of riches go to Xianyang in one day after seeing prosperous of Luoyang. He will becomes the emperor of China if he can gather all of money to Xianyang.

At this time, a pretty woman is molested by several rascals. Ying Zheng and Gong Sun Li help her defeat the rascals. Ying Zheng buys her drink after seeing her martial arts. He calls himself Zhao. She thinks he is from Zhao kingdom, so she complaints to him how evil is Qin. Ying Zheng transfers his topic.

Ying Zheng is drunk. Gong Sun Li sends him to his room. Mean wile, he says he falls in love with her. Her face is red, after hearing his words. She covers him with quilt and leaves his room.

In the morning, Gong Sun Li yells after she sees Ying Zheng is in her bed. He isn’t surprise at all. Because he thinks she is a man. Ying Zheng unconsciously mentions he is a king. Gong Sun Li is surprise abut what he talks about. He tells her that he imagines him as a king in private. She is still shocked by sleeping with a male all night.

Gong Sun Li says she need to change clothes and let him out of her room. To her surprise, Ying Zheng is a lewdster. He tells her that he can change the clothes for her. When he sees she is too shy, he goes downstairs. At this time, Jing Ke is going to invite Gong Sun Li to have a breakfast. He sees Ying Zheng is out from Gong Sun Li’s room.

In a private room, Lao Ai is beaten black and blue. Lü Buwei caught him. Lao Ai was given to Queen Dowager Zhao at the beginning. His goal is controlling her and avoids her harassing. Now, Lao Ai failed. Lü Buwei want to keep his secret, so he is going to kill him. However, he doesn’t know, it’s a trap. Ying Zheng has heard what they talked about. Ying Zheng’s goal is letting him enter the room and absorbing his power.

The leader of Danding sect wants Haoluo swordsmanship all alone. The swordsmanship was created by Ta-Hsia Gai Zheng. He imparted it to Gong Sun Yu. However Gong Sun Yu is dead. So he sends his men to sound out Gong Sun Li’s martial arts. Gong Sun Li doesn’t know where those gays come from. She decides to leave. However, the sliver hairpin which is given by her grandfather is disappeared when she walks on street. She goes the restaurant and find it. At this time, Jing Ke meets those men again. He isn’t strong enough. Fortunately, the sword addict Lu Goujian saves him.

After dealing with Lao Ai’s matter, Ying Zheng goes to the king of Wei’s palace and asks about what things the women like in Wei kingdom. After he is out of the palace, Ying Zheng is attacked by a group of assassins. Gong Sun Li is stabbed by a sword to save Ying Zheng. After he cradles her into Wei’s palace, he finds she is the girl that he has looked for. Because the jade pendant handing around in her neck is too familiar.