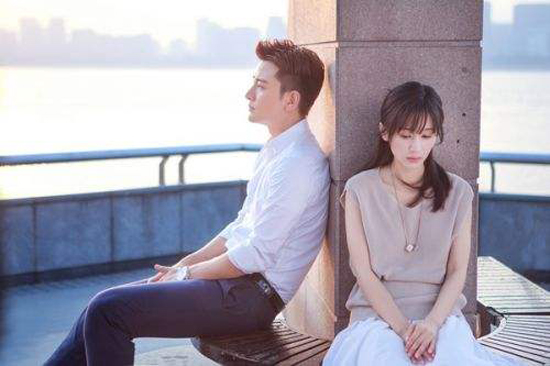 Where Winter is Warm, Where Summer is Cool Episode 4 Recap Part 1:

Xi Xi Chen and Ye Lin insist on transporting Jian An Jie (Olivia Wang). However, she don’t want to fall into their fighting. She leaves alone.

Yang Ya Li visits Ye Lin’s younger sister Xiao Xiao and meets Ye Lin. They are so embarrassed. Xiao Xiao asks for eating for giving them more time to getting along. Yang Ya Li doesn’t take offence anymore when she sees Ye Lin takes care of them well. Her loving flame is restarted.

SEE ALSO: Where Winter is Warm, Where Summer is Cool Episode 1 Slap

Jian An Jie receives welcome from Jian Yu Lin after she backs home. However she is still very cool and doesn’t care him. Jian Yu Lin slips and throw a tantrum. She has to comfort him when she doesn’t get responds from housemaid in the house. Jian An Jie takes off her cold mask when she sees her younger brother is so lovely.

Ye Lin is going to play out in the meeting of simple love apartment. When he is going to leave, Jian An Jie appears. Shen Qing Yu invites him to attends this project. However she screws her presentation because she is nervous. Xi Xi Chen asks Shen Qing Yu why she invite Jian An Jie. She says, “It’s an order from Jian Zhen Lin. I want to know An Jie more from this project.”

Where Winter is Warm, Where Summer is Cool Episode 4 Recap Part 2:

Xi Xi Chen is going to comfort An Jie initially, however he unreservedly points out her terrible performance when she ignores him.

Jian An Jie invites Jia Zhen to go out for talking. Meanwhile, she is attracted by two lovers. She reminds the happy hours she lived with Ives. She realizes Xi Xi Chen is correct, although it sounds really harsh.

SEE ALSO: Where Winter is Warm, Where Summer is Cool Episode 2 – Family

Xi Xi Chen sees Jian An Jie’s design while he enters her room. He originally intends to praise her. However, he wants to cry and laugh when she holds her laptop and stops him from glimpsing her design just like a little kid. He gives her some suggestions regarding her design.

Xi Xi Chen and Jian An Jie have a tea. He and Jian Yu Lin talks about their dream house. An Jie reminds Ives again. Ives once mentioned the house building by cookies and candies. He always stayed with her when she was in trouble. Ives imagined the most perfect house in the world for her. Now he is gone.

SEE ALSO: Where Winter is Warm, Where Summer is Cool Episode 3 – Jealousy

Ye Lin tells Pu Zheng that Jian An Jie joined the simple love apartment project. Pu Zheng thinks she strongly cares about her father, although she pretends indifference. Ye Lin still loves Jian An Jie. He tells Pu Zheng he broke up with her because he was poor and had a younger sister who was serious ill.

Jian An jie has fears for presentation because of previous failure. Xi Xi Chen tells her that she is a such a coward. This encourages her to do a great job on her presentation. Ye Lin thinks Jian An Jie still loves him. He wants to have a date with her. She don’t know how to reject him. At this time, Xi Xi Chen launches a party and invites everyone in the meeting to attend it.