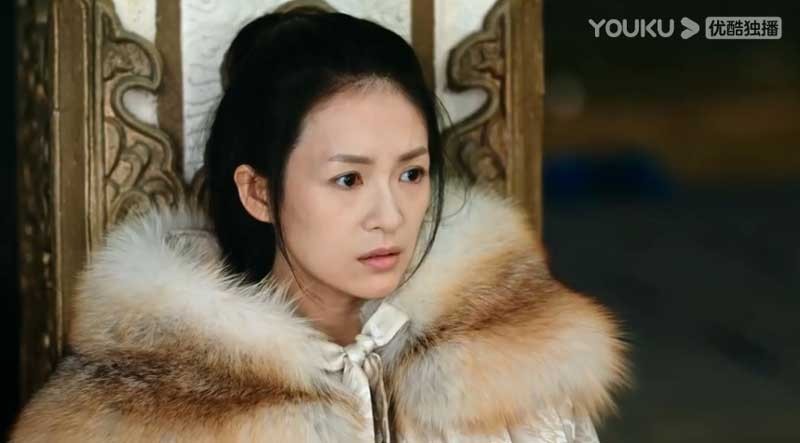 This is the recap for The Rebel Princess Chinese Drama: Episode 12. Xie Wanru wears the palace dress for Su Jiner and thinks she is a beauty. She adds that she is match for Princess. Su Jiner says that she knows she has low status. Xie Wanru smiles and tells Su Jiner to wear the perfume of Wang Xuan. She says that Zi Tan will like it.

Note: From here on out there are specific plot spoilers for The Rebel Princess Chinese Drama: Episode 12.

Su Jiner wears the earrings and takes a look at herself from the mirror. She walks to Zi Tan’s room and sees him sitting on the floor. She tells him to go to bed. He rejects it and mistakes her as Princess.

The maid tells the good news to Empress. Empress feels happy and wishes Wang Xuan to be the little A Wu all the time. Elder Princess reads the letter of Wang Xuan. She tears up because she notes that the handwriting of her daughter is so soft. She thinks she must get hurt.

Wang Xuan wakes up and wants to take a bath. But the maid tells her that they only take a bath each month, and Xiao Qi goes to take a shower in the river like other soldiers. Wang Xuan is surprised. Yu Xiao hands over the clothes to Wang Xuan. But Wang Xuan refuses to wear the clothes because she thinks the clothes is worn by maids. She wonders where Su Jiner is.

The servant reports to Zi Tan that Princess was saved by Yuzhang Prince. Zi Tan abandons Su Jiner and runs out. Wang Xuan tells Yu Xiu that the capital is very beautiful. Yu Xiu wants to take a look at the capital. Wang Xuan promises to take Yu Xiu there if she leaves Ning Shuo. Yu Xiu bows to Wang Xuan and thanks her.

Wang Xuan thinks Yu Xiu’s smiling is very beautiful, and tells her not to lower her head. Yu Xiu reveals Xing Er doesn’t allow her to smile. Xing Er is told that Wang Xuan rejected the clothes and jewelry. She wears the jewelry with Yi Er.

Princess knows that Xiao Qi doesn’t have a palace, and thinks Wang Su wouldn’t stand it. Wang Xuan encounters Xing Er. Xing Er smiles to greet Wang Xuan. Wang Xuan mentions Xing Er ordered not to smile. Xing Er points out that the rule is only for maids. Wang Xuan tells Xing Er to be the maid of Yu Xiu.

Xing Er tells Wang Xuan that she only serve the king. Wang Xuan learns that the rule is ordered by Xing Er. Yi Er asks Wang Xuan for her mercy. Wang Xuan tells Yi Er that she likes the girl who listens to her, and asks her to come with Xing Er.