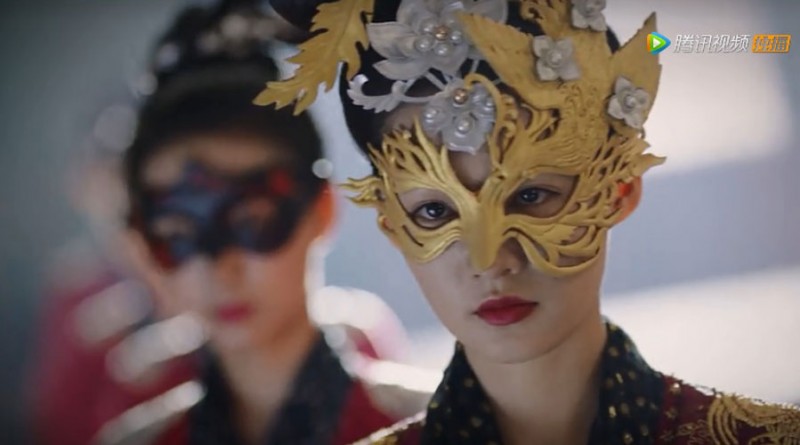 This is the Recap & Review for Chinese drama The Song of Glory: Episode 2. Li Ge tries to run to save A Nu, but Senior stabs her shoulder with a nail. She cannot move. Lu Yuan catches A Nu while cutting off her mask. He tells her that he can forgive her if she speaks out who asked her to assassinate. 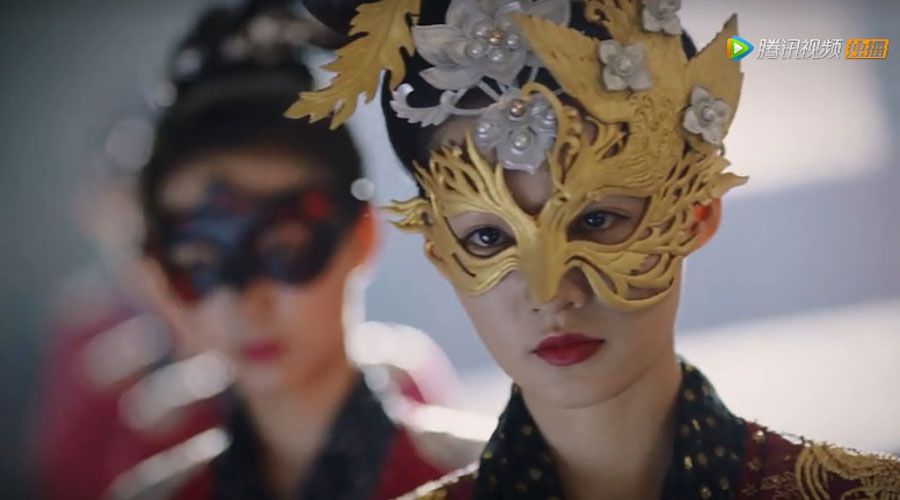 Note: From here on out there are specific plot spoilers for The Song of Glory: Episode 2.

A Nu rejects it. Lu Yuan stabs her neck with the sword. She looks at Li Ge and tells her to be alive. She takes her life with Lu Yuan’s sword. Lu Yuan leaves. Li Ge holds A Nu’s bracelet and passes out.

Shen Zhi tells Queen to take down Lu Yuan as he thinks it was because of him. Peng Prince shows up and remembers he broke the door and told Ji Shu to save San Bao.

Peng Prince asks to take down Lu Yuan. Lu Yuan claims that he is wronged. Yi Kang asks if there is a alive person. The general reveals Lu Yuan killed all of the assassin. Queen explains that she got Lu Yuan to invite the dancers, and tells Yi Kang to blame her.

Yi Kang holds Queen’s hand and says that he doesn’t have the intent. He thinks there is a leader in the assassins, and swears to catch her for Yi Xuan.

Lu Yuan plays the dagger and he doesn’t expect there were so many people taking part in it. Yue Fang thinks they’re on comrades since they want to kill Yi Kang as well.

Lu Yuan thinks he would be charged without Queen and Yi Kang isn’t simple. Yue Fang says that there is a person who is fleeing. Lu Yuan asks to catch her.

Yi Kang thinks there are many people wanting him to die. Xu Zhan points out that the emperor passes the buck to Yi Kang. Shen Zhi thinks Yi Kang is wronged because of Lu Yuan.

Senior carries Li Ge to visit Ms. Song, and tells her that Li Ge is injured. Ms. Song sees the bracelet Li Ge grabs. Senior remembers Master asked A Nu if she agrees. She said yes, and he gave her the bracelet.

Li Ge wakes up and gives Senior a slap. She grabs his clothes and asks who ordered A Nu to die. She wants to ask Master about it. He stops her and reveals the sisters prepared to die. Li Ge says that they cannot die for her.

Senior says that he wished to die at the phoenix stage, and many things cannot be controlled by him. He adds that he cannot ask why and has to obey when executing the assassination task of rosefinch sect. Li Ge cries and thinks she shouldn’t be alive with the lives of her sisters.

Senior holds Li Ge’s arms and tells her not to waste their sacrificing. He says that she can only let the sisters up when she kills Yi Kang. Li Ge is in tears and thinks Senior is so cruel when A Nu wants to visit his hometown plum state. He tells her not to let A Nu down, and she isn’t the only one who is sad.

Li Ge remembers she played the the eagle snaps at the chicken game with A Nu. She picked up the bread and asked who it’s given to. A Nu told Li Ge that it’s given to her. Li Ge pretended to eat it but put it into Senior’s mouth. She asked him how he got it, and pinched A Nu’s face.

Little Girl brings the bread to Li Ge, and notes that she is crying. Li Ge tells Little Girl that the bread made by her sister is delicious. Little Girl asks Li Ge’s sister to come to cook the bread for her. Li Ge is in tears and tells that she cannot come.

Ms. Song tells Little Girl to leave, and asks Li Ge if her parents are still alive. Li Ge says that she is an orphan, and Ms. Song asks Li Ge if the bracelet belongs to her. The senior Shao Xun reports that the bodyguards come. Ms. Song gets Shao Xun and Li Ge to hide. Yue Fang asks Ms. Song if she saw an injured woman. She denies. He claims that he must find her to get her to be burnt with her sisters.

Li Ge arrives to burn her sister’s bodies before Lu Yuan insults them. Little Boy thinks A Nu will be free. Shao Xun pours the wine to pay his respect.

Li Ge returns. Madam Shen’s eyes are fixes on Li Ge, and she tries to touch her face. Li Ge avoids it. Madam Shen calls Li Ge as Jia Er, and she passes out after seeing the bracelet.

Madam Shen gets Li Ge to eat and drink. Shen Feng returns and Madam Shen gets him to call Li Ge older sister. He says that Li Ge is his 18th sister, and thinks her biological parents will come to catch her. Shen Zhi returns and tells Madam Shen to be cautious as he worries that she will mistake the person again.

Madam Shen breaks the bracelet and takes out the bangle. Shen Zhi recognizes the bangle and thinks Li Ge is her younger sister. Le Qing tells Shen Zhi not to startle Le Ge, and asks Li Ge if she remembers the person who kidnapped her. Li Ge denies and says that the world is her family.

Madam Shen pushes Le Qing away to stop her from asking Li Ge. Le Qing tells Li Ge to live with her as her room isn’t cleaned up.

The maid reports to Queen that Lu Yuan wants to see her. Queen rejects it as she has tried her best to help him in the prince palace. The follower reports to Lu Yuan that their spies in prince palace has been replaced. Lu Yuan asks the follower to tell Yue Fang not to be exposed.

Shen Zhi reports to Yi Kang that Lu Yuan got fooled. Yi Kang wonders what the face is under the mask. Shen Zhi thinks the killer is still in health city, and wants to look for her. Yi Kang comforts Shen Zhi that Lu Yuan is anxious than them.

It flashes back. Li Ge is surprised that A Nu came from Shen family. Ms. Song tells Li Ge that Madam Shen wouldn’t be so emotional if she isn’t her daughter. Shao Xun tells Li Ge to stay in Shen family since Shen Zhi didn’t recognize her. He tells her not to get the kids involved, and promises to help her go out of the city. He tells her that Lu Yuan doesn’t expect that she will live under his eyes. Madam Shen calls Li Ge. Shao Xun tells Li Ge not to make Madam Shen bear the pain of losing daughter again.

Le Qing brings the clothes to Li Ge and finds the scars on her body. Le Qing tells Li Ge to sleep with her. But Li Ge wants to sleep on the floor. Le Qing sleeps on the floor as she worries that Madam Shen will scold her.

Yi Xuan wakes up and tells Yi Kang to catch the chance to arrest Lu Yuan and his father. But Yi Kang tells his brother to take care of his body. San Bao wonders why Yi Kang didn’t accept Yi Xuan’s help since he has given his life to him. Yi Xuan says that he doesn’t want to get his brother involved.