Everybody in the party are not welcome Ye Lin. Jia Zhen(Sun Jia Yu) and Xiao Di(Chen Mong Xi) fight for Jian An Jie(Olivia Wang). They judge him so harshly. Jian An Jie doesn’t want to say a single word to the man. So she goes to washroom. When Jia Zhen notices her friend is very nervous and dis-comfortable, she tells her Ye Lin didn’t live very well after she left. Jia Zhen thinks An Jie still love Ye Lin. But she says their relationship is end. It hurts the man.

Where Winter is Warm, Where Summer is Cool Episode 2 Recap Part 1: 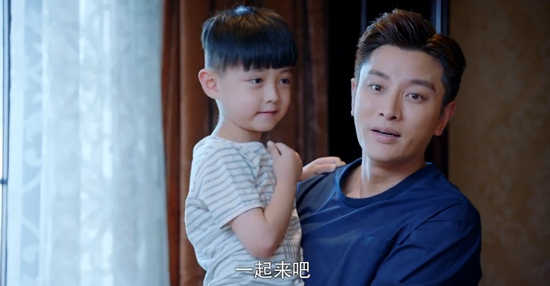 An Jie wants to say good-bye to everybody because she isn’t comfortable. But, Ye lin lets her stay and charge her glasses rudely. At this time, Pu Zheng(Chen Xiao Dong) explains she cannot drink. However, Ye Lin doesn’t compromise. Jian An Jie drinks it and faints at the end. Xi Xi Chen refuses charity party and joins An Jie’s party. He sits on the sofa not far away from Jian An Jie. He rushes forward when he notices his love is fainted.

Jian An Jie lies in bed with weakly. She calls to Ives in the dream and wakes up. She says sorry to Pu Zheng when she notices he is very nerves. Pu Zheng blames her for her pretending roughness. She is warm for his words. After he left, she sleeps and is visited by Ives again. At this time, Xi Xi Chen closes to her. He takes care of her silently. His eyes are full of tenderness and painful.

Xi Xi Chen(Jia Nai Liang) buys Jian An Jie breakfast next morning. But She refuses it and backs home. She looks at the group photo regarding her family on the wall. Although she hates father and misses mother, she doesn’t reject her young brother. When she sees her old father’s back, her eyes are full of desire and painful. Jian Zhen Lin(Tan Kai) feels sorry to his daughter. He knows he owns her too much. The man is self-accusations for many years. Jian An Jie knows about his feeling and wants to open her closed heart door. However, it closes again, when she hears her father mentions the divorce. When he notices her cold, he tells her he will leave her house with Shen Qing Yu and give her a sum of money for compensation. Jian An Jie agrees it.

Where Winter is Warm, Where Summer is Cool Episode 2 Recap Part 2:

At upstairs, Jian An Jie meets Shen Qing Yu. She recalls she pushes her downstairs and causes her miscarriage. So that, she had to leave for six years. Shen Qing Yu wants to clear the air, so she tries to contact her stepdaughter. However, she doesn’t know An Jie still hates her. They have a unhappy dinner. The family is strange to her. She cannot clear her old accounts.

Jian An Jie is waked up by unexpected enters. She is scared. Xi Xi Chen hears her shouting and comes to help her. He picks up Yu Lin Shun and invites her to have a breakfast. She doesn’t refuse it. He carries the little boy and goes downstairs with her.

Yu Lin Shun(He Yu Cheng) is curious that her old sister uses her left hand to eat. She tells him she lost her right hand in a accident in a freezing way. Xi Xi Chen thinks she always hates everybody. This makes Jian An Jie angry.

As an successful and outstanding man, Xi Xi Chen has great future. He fell in love with Jian An Jie in Jian Zhen Lin and Shen Qing Yu’s wedding. He takes pity on her when he sees her sorrow and strong. In her mother’s funeral, he deliveres a umbrella. Since he consoles her, he cannot give up.

Ye Lin invites Pu Zheng to have a drinking since he causes Jian An Jie’s hospitalized. He knows the real truth from Pu Zheng about her leaving.

Jian An Jie visits her mother in the cemetery. She meets Ye Lin in there. He apologizes to her and want ti restart their relationship. However, she cannot forgive his doing when she was in trouble. She missed and called him ever, however he was cheat on her. Her heart is dead because of his cheating.

Where Winter is Warm, Where Summer is Cool Episodes:

Where Winter is Warm, Where Summer is Cool Ep 1

Where Winter is Warm, Where Summer is Cool Ep 2

Where Winter is Warm, Where Summer is Cool Ep 3

Where Winter is Warm, Where Summer is Cool Ep 4