These are the Recap & Ending for Alchemy of Souls Season 2: Episode 4. Bu-Yeon tells Jang Uk that she knows they had feelings for each other. She mentions they exchanged the yin and yang jades. But he thinks she’s making up memories.

How Does Bu-Yeon Know the Stone Tower is Jang Uk’s Ex-Wife? 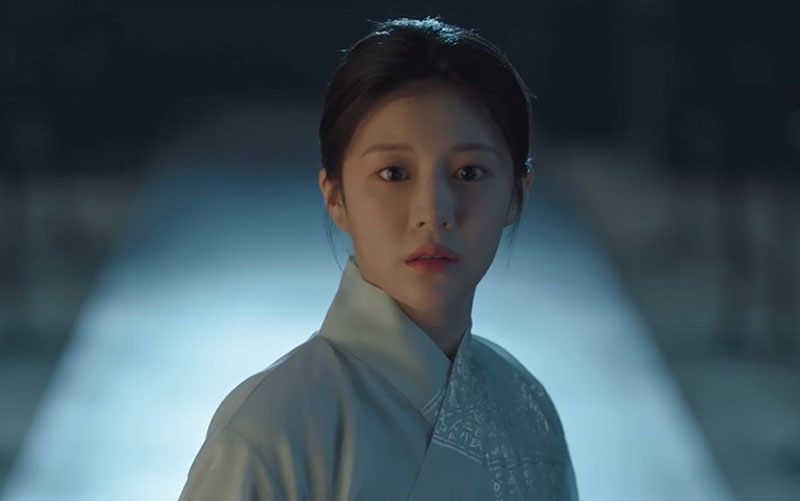 Note: From here on out there are specific plot spoilers for Alchemy of Souls Season 2: Episode 4.

Bu-Yeon reveals she had the mind when she held the jade. She thinks she did it because she’s the priestess who has holy power. She shakes off his hand. She thinks the memory doesn’t belong to her. She believes that she saw the jade if it came from Jinyowon.

Bu-Yeon leaks that she saw the memories when she held the jade. She believes that she’s a powerful priestess. She asks Jang Uk if he was disappointed when he saw her. He admits it. She tries to put the jade back to the stones. But the stones collapse.

Bu-Yeon explains that the stone tower collapses on its own. Jang Uk asks her if she didn’t use her magic to make him come. She tells him what she told him is true. She adds that she thought it was her memory when she saw the flashback.

Bu-Yeon tells Jang Uk that she would happy if he came for her. He blames her for possessing the memory. He asks her if she had other flashbacks. She denies it and reveals she felt uncomfortable when she saw someone else’s memories. She tries to return the blue jade to him. But he rejects it because he wants to know what Mu-Deok thought through her.

But Bu-Yeon tells Jang Uk that she cannot anything else. She shakes off his hand because it’s hurt. He tells her to keep the jade because he believes that she will see more when she gets her powers back. She realizes that he’s using her.

Jang Uk points out that Bu-Yeon summoned him through the jade. He thinks she’s very useful. He mentions he put the questions into the stone tower. He tells her that he wishes to get the answers from her. She tells him that she didn’t want him to come. She wonders why she was excited for her marriage.

Jang Uk points out that Bu-Yeon got what she wanted through the marriage. She admits it and tells him that she wants to build the stone tower because she knows the stone tower is his ex-wife. He agrees to her plan and he walks away.

Bu-Yeon walks in the woods. She finds out that she’s hungry. She worries that she will run into a beast. She believes that the beast will build the stone tower for her if he eats her. She sees the fireflies when she tears up.

The fireflies leave after Servant Lee joined Bu-Yeon. Servant Lee takes off his clothes. He wears the clothes on Bu-Yeon. He takes her away. Jang Uk sees Bu-Yeon off. Go Won asks Eunuch Oh to report what Queen does to him. Eunuch Oh wonders why Go Won took the tortoise to the palace.

Boatman wakes up from the boat. He finds out that others were killed by Naksu. She smiles at him. He’s scared to jump into the water. He tells the people to run away after he was saved. Seo Yul visits Jang Uk. He mentions someone is waiting for him at home.

Jang Uk realizes that Seo Yul ran into Do-Joo. He tells him that he hides in the place for avoiding the wedding. He asks him if he’s still sick. Seo Yul mentions the place is very cold. Jang Uk thinks he made the place cold because he has the ice stone.

Jang Uk tells Seo Yul not to pity him when he notes that he stares at him. He tells him that he wants to give him a hug. Seo Yul tries to give Jang Uk a hug. But Jang Uk rejects it. Dang-Gu shows up. Jang Uk tells Dang-Gu that Seo Yul is changed.

Seo-Yul thinks the person will be changed if he takes the death. He feels happy for coming back. But Dang-Gu tells Seo-Yul that his uncle prepared the breakfast for him. Seo-Yul asks Dang-Gu to report to his uncle that he left. He tries to leave with Jang Uk. Dang-Gu stops the two.

Dang-Gu reminds Seo-Yul and Jang Uk that he needs to eat up all of the food if they leave. He asks them if they’re friends. Seo-Yul and Jang Uk have to agree to go to see Park Jin. Park Jin hands over the rice cakes to the three. He tells them to enjoy them.

Dang-Gu thinks the rice cake will be an easy task because he’s ready for the whole meal. Park Jin tells the three that he spent two days and a night to make the fish sauce rich cakes. Dang-Gu believes that the fish sauce gives strong smell.

Park Jin comforts Dang-Gu that he used his power to drive the smell away. Seo-Yul chooses a rice cake. He tastes it and tells the people that it’s honey. Dang-Gu tastes another rice cake. He finds out that it’s honey as well. Jang Uk tries to take the rest rice cake. But Dang-Gu stops Jang Uk. He tells him to taste his honey rice cake before he eats the fish sauce rice cake.

Jang Uk tastes the rice cake. He finds out that it doesn’t contain fish sauce. He asks Park Jin why he lied to them. Park Jin tells the three young guys to accept their fate no matter what happens. He walks away. Seo-Yul asks Jang Uk what was inside the rice cake.

Jang Uk claims that only he knows it. Dang-Gu believes that Jang Uk ate the fish sauce. Sang-Ho shows up. He reports to Park Jin that Naksu appeared on the boat. The people sell the charms in the market. They tell the customers that it will help them not get killed by Naksu.

Episode 4 of Alchemy of Souls Season 2 ends with Heo Yeom asking his follower to tell him about the details of Naksu’s appearing. But he sees Lee Cheol. He’s happy to run to him. He asks him where he went. Lee Cheol reveals he treated Ho-Gyeong’s daughter. Jang Uk thinks of Mu-Deok when he drinks. Bu-Yeon shows up. She asks Jang Uk if he’s fine when she touches his face. He feels guilty for giving up Mu-Deok. He tears up. Bu-Yeon hugs Jang Uk. She sleeps with him. He holds her face and kisses her.