This is the recap for Eternal Love of Dream (Three Lives, Three Worlds, The Pillow Book): Episode 12. The man reports to Ying Prince that Xuan Ren put Xiao Jiu in an important position. Ying Prince orders to look into Xiao Jiu’s history. Xuan Ren intends to draw the girl he saw in the lake, but he cannot do it as he thinks the girl is a fairy. 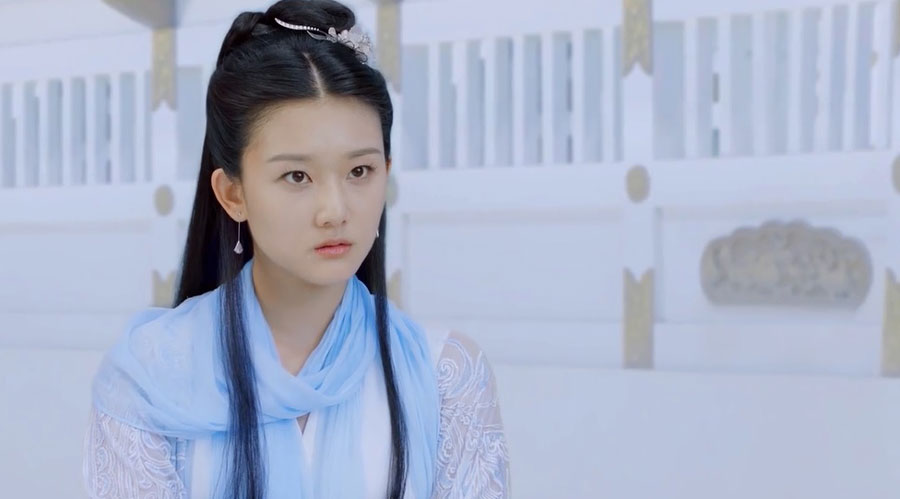 Note: From here on out there are specific plot spoilers for Eternal Love of Dream: Episode 12.

Cheng Yu rages that Si Ming didn’t take Feng Jiu back, and she goes to see Feng Jiu. Cheng Yu asks Feng Jiu if she forgot that she turned into a wild fox and fell into water.

Feng Jiu explains that she will go back when she finds Meng Xi, and Cheng Yu agrees to it. Feng Jiu reveals she saw Ji Heng. Cheng Yu tells Si Ming to ask Han Shan about it.

Ling Xiang reports to Zhu Wan that Xuan Ren is looking for a girl who fell into water with him. Zhu Wan tells Ji Heng not to get Chu Yin involved.

Cheng Yu tells Si Ming that she has confirmed that Ji Heng is Zhu Wan. But he points out that the fate book doesn’t record anything about Zhu Wan.

Cheng Yu claims that she won’t forgive Ji Heng if she gives Feng Jiu any hard time. Si Ming tells Cheng Yu not to step in for Dong Hua’s misfortune.

Cheng Yu tells Feng Jiu that Zhu Wan is Ji Heng, and Feng Jiu thinks Ji Heng regretted for running away from the wedding and accompanied Dong Hua to take the misfortune.

Cheng Yu tells Feng Jiu not to be silly. Feng Jiu disagrees and reveals she bit Ji Heng for the short knife drawing. Cheng Yu asks Feng Jiu if Ji Heng was harmful to her. Feng Jiu denies and thinks Ji Heng lost her memories. Because Ji Heng doesn’t have any reaction when Feng Jiu calls her name.

Feng Jiu finds the cotton rose and she is happy as the flower is a good medicine for Qing Ti’s scar.

Cheng Yu asks Lian Song for the short knife drawing. He rejects it as he thinks it won’t surprise her. Cheng Yu pretends to leave, and Lian Song asks her out for one time. She agrees to it and gets the drawing.

Cheng Yu brings the sorrowless flowers to Feng Jiu. Feng Jiu sighs and says that she has been missing the smell for so long.

Ji Heng brings lotus-nuts sweet soup to Xuan Ren, and asks to visit his study. He agrees to it.

Qing Ti tells Feng Jiu that Xuan Ren stopped looking for the girl fell into water, and thinks he fell for someone else. Feng Jiu feels happy, and gives the cotton rose ointment to him.

Feng Jiu brings the short knife drawing to Xuan Ren, and Feng Jiu notes that Zhu Wan doesn’t have any reaction after seeing the drawing. Xuan Ren tells Chief Eunuch not to let Zhu Wan walk in his study if she doesn’t have important thing to report.

Xuan Ren visits Feng Jiu and practices martial arts. He feels happy and gives the banquet to the troop. He tells them to thank Feng Jiu.

The man reports to Ying Prince that he didn’t get anything about Feng Jiu. The counsellor thinks there is a group against them.

Xuan Ren takes Feng Jiu to the cold palace which is with pain and desperation. He thinks the girl hides in the place, and finds out that Feng Jiu is timid.

Feng Jiu thinks she and Dong Hua aren’t meat to be together because he didn’t recognize her even if he loves her. Qing Ti tells Feng Jiu that Meng Xi died in the cold palace, and Feng Jiu thinks Meng Xi’s death is because of her.

Feng Jiu worships Meng Xi and feels sorry. But Si Ming points out that death is a good thing to Meng Xi as she would stay in the cage like a bird when she didn’t like Xuan Ren.

Feng Jiu asks Si Ming if Dong Hua’s misfortune failed. He says yes and tells her to make Xuan Ren not get his love. He adds that it’s the fate.

Feng Jiu throws out blood, and Si Ming intends to get the medicine for her. She stops him and asks him to teach her as she didn’t get love from Dong Hua even if she was being a pet. Si Ming tells Feng Jiu to stay by Xuan Ren’s side all the time.