This is the recap for Eternal Love of Dream (Three Lives, Three Worlds, The Pillow Book): Episode 11. Si Ming visits Feng Jiu and thinks she went to see Dong Hua. She admits it, and he tells her that Dong Hua wouldn’t regain his strength if she bothers him. Feng Jiu is shocked, and she thought Dong Hua went to understand the “seven suffering”. 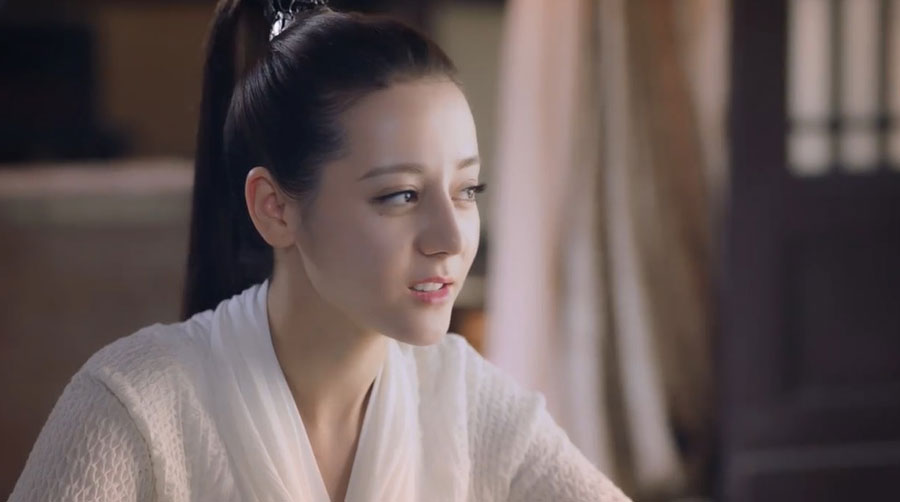 Note: From here on out there are specific plot spoilers for Eternal Love of Dream: Episode 11.

Si Ming tells Feng Jiu that he couldn’t advocate Dong Hua’s injury, and thinks she is muddled. Feng Jiu tells Si Ming that she saved Dong Hua. He asks her how Dong Hua fell for Meng Xi since he is planned to get injured and love Meng Xi.

Feng Jiu asks Si Ming what she should do, and he tells her to make Dong Hua and Meng Xi encounter. Feng Jiu wants to do so, and Si Ming warns her not to use magic.

Feng Jiu arrives at the restaurant and her birthmark on the forehead was covered by cosmetics. She asks the waiter to give her some dishes, and wonders how to get in the palace because Meng Xi stays there.

Feng Jiu finds out that the dishes are terrible, and thinks nobody can help her get in the palace. People run out to see the beauty, and the waiter tells Feng Jiu that the princess of Chongan came.

Feng Jiu sees Qing Ti and recognizes that he was the general who fought with Dong Hua. She thinks she can get in the palace to look for Meng Xi if she can be friend of him.

Ling Xiang thinks there will be a grand ceremony is waiting for Chu Wan. But Chu Wan reminds Ling Xiang that they cannot take action when people care for them.

The killers arrive, and Chu Wan stops Ling Xiang going outside. Because she thinks Qing Ti can handle it. Feng Jiu reminds Qing Ti to watch out when the archer targets him. Qing Ti kills the archer with his sword, and he recognizes Feng Jiu.

Qing Ti takes the spear to break the crossbow carts, and he fights with enemies. But more archers show up. Ling Xiang catches the arrow which shoots Chu Wan. Chu Wan tells Ling Xiang not to show her martial arts so that they can steal Lingbi stone.

Qing Ti catches the killer and asks him who sent them there. But the killer takes his life, and the rest killers run away. Qing Ti orders to take back the bodies to look into, and he asks Zhu Wan if she’s injured.

Xiao Jiu wonders why Zhu Wan looks like Ji Heng, and thinks she came to help Dong Hua go through his misfortunes. Xiao Jiu walks to Xuan Ren, and Qing Ti hints her to pay her respect to him.

Xuan Ren asks Xiao Jiu what reward she wants, and she says that she wants to stay with him as a bodyguard. Xuan Ren agrees to it.

Ling Xiang thinks the killers come from Chongan, but Zhu Wan points out that they won’t get any benefit from it. Ling Xiang thinks someone is jealous of Chu Yin, and Zhu Wan intends to remind Chu Yin to be careful.

Qing Ti brings his wine to Xiao Jiu, and she likes the wine. She asks him if he wants to remove the scar on his face, and he reveals the doctors had no way. Xiao Jiu knows the secret prescription, but she isn’t sure if the medicine is available or not.

Xiao Jiu asks Qing Ti if he knows a maid named Meng Xi. He denies and wants to look for the maid for Xiao Jiu.

Chief Eunuch walks Xuan Ren and wants to take care of Xuan Ren’s baby for him. Xiao Jiu is startled by the snake, and bumps Xuan Ren into lake. Xuan Ren orders to look for the girl he saw in the lake.

The next day, Xuan Ren asks Feng Jiu to look for the girl he fell for. She promises it. Qing Ti introduces Feng Jiu to his men, but those men want to see her talent first.

Xiao Jiu shocks the men with her martial arts, and they welcome her. Qing Ti tells Xiao Jiu that he didn’t find Meng Xi, and she asks him to take her when he goes out. Qing Ti agrees to it.