In the 21-22th episodes of Ever Night Chinese Drama Recap, Ning Que defeats Long Qing and becomes Fu Zi’s personal student. But Yan Se wants Ning Que to be his student as well and become a spell master. Fu Zi agrees it, but Ning Que must land the second floor first. 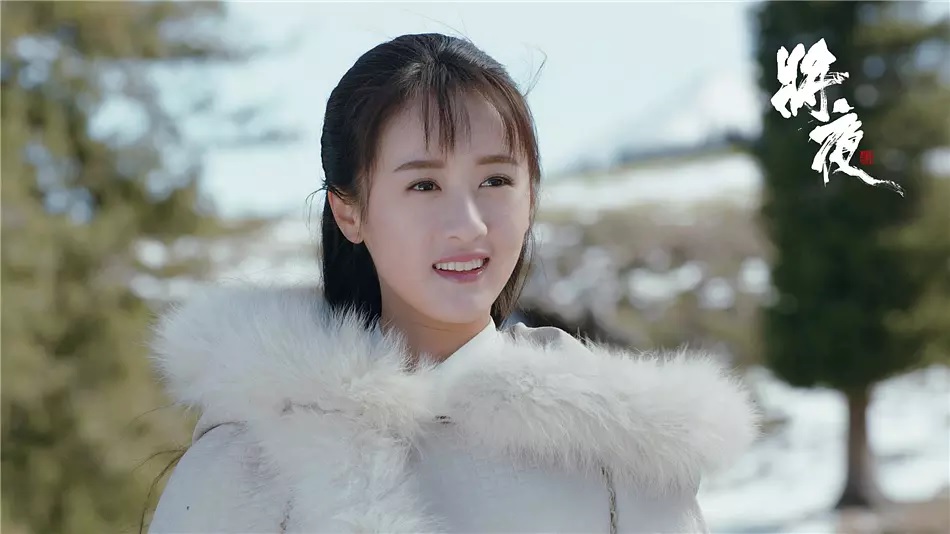 Note: From here on out there are specific plot spoilers for Ever Night Chinese Drama Episodes 21-22.

Long Qing passes the 12 stairs but he passes out. Ning Que steps on the stairs, his mind suffers ordeal. Chen Pipi prays Ning Que to open the the knots in his heart. Ning Que sees Xia Hou takes troop to kill all of people in general house. Fu Zi sits by the lake to wait Li Manman’s roast fish. Li Manman washes the fish many times but he still thinks the fish wasn’t cleaned enough.

Fu Zi is impatient and urges Li Manman to hurry up. He knows Ning Que’s soul is getting the interrogating, he wants him to hang in there. Ning Que arrives at mountaintop and sees Long Qing lies on the ground to be in a coma. He is pleased but he is in coma as well. Li Manman roasted the fish, Fu Zi begins to eat.

Li Manman wants to know how Fu Zi chooses between Long Qing and Ning Que. Fu Zi says he chose Ning Que fifteen years ago. Ning Que wakes up and sees Long Qing. Long Qing was waiting for Ning Que because he doesn’t want to win inequity. Yu Lian hands over the bamboo chips to them and suggests them to break the chip to give up if they feel discomfort. Long Qing and Ning Que catch the chips to start off.

Ning Que is envious of Long Qing’s family and background, because he only has Sang Sang. Long Qing says he likes Sang Sang again, and arrives at the palace. Fu Zi questions him, Long Qing says he is sons of light. Ning Que arrives at mountaintop, it’s dark. Fu Zi stands at the the highest mountain peak, asking him to choose between light and darkness. Ning Que chooses light. Fu Zi lets him return 15 years, Ning Que insists on Zhuo Er and Sang Sang.

Ning Que returns light world. Sang Sang shows up and asks him to reselect. He thinks the girl isn’t Sang Sang, as she never forces him to make choice. She is furious to rush to him with blade. He asks her who she is, but the girl disappear. Ning Que sees the gourd.

Lu Chenjia shows up to Long Qing, he kills her for victory. He kills Ye Hongyu then. He thinks he defeated himself and sees Wei Guangming. He is in a coma and wakes up, seeing Ning Que takes the gourd. Yu Lian announces Long Qing is out because Fu Zi chose Ning Que.

The teachers are happy for Ning Que, but he passes out because of excessive fatigue. Li Qingshan reports to Emperor Tang that Ning Que was the boy leaving calligraphy in his study, and wants Yan Se to train him to be spell master. Emperor Tang wants to see Ning Que.

The result is sent to academy. Yan Se wants to check it. But Huang He takes it and announces Ning Que is Fu Zi’s personal student. Li Yu thrills to report the good news to Emperor Tang. Cheng Lixue didn’t expect Ning Que wins Long Qing, and asks Li Peiyan to investigate it. Yan Se wants to take back Ning Que and disagrees Ning Que to the second floor.

Long Qing isn’t convinced to lose to Ning Que who doesn’t have any belief. He wants to see what hide in his heart. Li Peiyan offers to let Long Qing become Fu Zi’s personal student, and Ning Que become Yan Se’s student. Yan Se agrees and promises to teach Ning Que what he has. But Huang He doesn’t agree. Yan Se says Fu Zi isn’t at academy, so he goes to visit Jun Mo.

Ning Que wakes up and finds out he is at a strange place. He calls Sang Sang, and she tells him that he landed the second floor. Li Peiyan summons Ning Que and asks him to reselect, promise the national division to him. Ning Que recognizes Li Peiyan interrogated General Lin’s case, and restrains his revenge. He claims that he needs to obey Fu Zi’s order and leaves.

Ning Que doesn’t know how to choose and consults with Chen Pipi. Chen Pipi thinks he can choose to be Fu Zi and Yan Se’s student. The students congratulate Ning Que for landing the second floor and apologize to him. Xie Chengyun wants to return Nan Jin and is farewell to Ning Que.

Ning Que encourages everybody to keep arrogant character. Yan Se praises Ning Que’s words and asks him to visit him tomorrow. Ning Que has to agree since Yan Se is great kindness. Emperor Tang summons Ning Que. Ning Que drops off the calligraphy from wall and asks Sang Sang to keep them. He believes they will be exchanged to a lot of money.

Cheng Lixue asks Li Peiyan to get rid of Ning Que. Li Peiyan plans it. Ning Que wants to ask Emperor Tang to take revenge General Lin, but he doesn’t know how to visit Emperor Tang with what status. Mr. Lin tells him that Emperor Tang is very kindness.

Emperor Tang welcomes Ning Que and reveals he wanted to be Fu Zi’s personal student. But Fu Zi asked him to inherit the throne. Li Yu sees them getting along well, and says she thought Ning Que was different when they first met. She wants Ning Que to teach Li Hunyuan.