“Legend of Awakening” is a Chinese historical drama which tells a story about how Lu Ping and his buddies fight with the evil soul sect Mountain and Ocean Tower.

The drama is adapted from top wuxia novel “Legend of Awakening” which is written by Butterfly Blue. The author also wrote game novel “The King’s Avatar“.

Chinese drama “The King’s Avatar” is very hot, and it’s on Netflix.

Chen Feiyu and Xiong Ziqi are the lead actors.

Xiong Ziqi starred TV series “Another Me” with Shen Yue and Chen Duling in 2019. 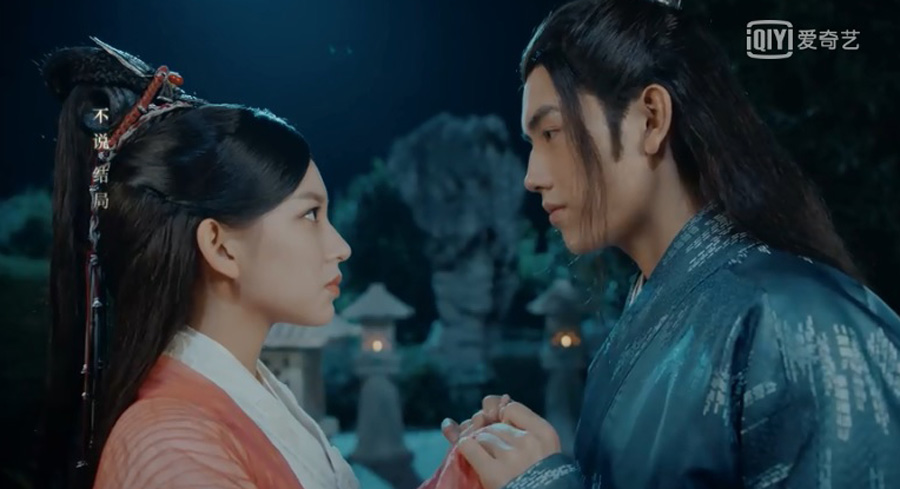 Lu Ping is locked up by Mountain and Ocean Tower many years ago. Because he masters six souls which nobody can achieve. But his power is limited by the happy chain.

Lu Ping begins his journey with his sister Su Tang for opening the chain. The two make many friends such as Yan Xifan, Mo Lin, and Qin Sang.

Lu Ping knows his background when he joins Big Dipper. But the chief of Mountain and Ocean Tower Liu Song doesn’t want to forgive Lu Ping, and he takes his followers to attack Big Dipper.

The disciple of Picking Wind Sect. He masters six souls but he likes to conceal his real power until he runs into Qin Sang.

The elder disciple of Picking Wind Sect. He thinks he has responsibility to protect everyone, but he lacks power.

The younger sister of general. She is a haughty girl, but gets bullied by Lu Ping while hunting the walking man. She falls for him after seeing his real power.

The disciple of Picking Wind Sect. She is Lu Ping’s sister, and alway protects her older brother. She masters the soul of strength.

A maid of Qin Sang. She always aids Qin Sang when she fights. She falls for Lu Ping after he saved her many times.

A assassin who’s asked to catch Lu Ping. He finds Lu Ping’s real power, and he falls for Su Tang. He masters the soul of vision.

The master of Big Dipper. She likes to drink and get angry, and she had love relationship with the chief of Mountain and Ocean Tower.

The chief of Picking Wind Sect. He’s the creditor of Lu Ping, and he likes money. But he saved his disciples.

Guo Youdao is the thief Lu Ping has looked for. But he dies after jumping off the cliff.