This is the recap for Legend of Fei Chinese Drama: Episode 17. Gu Tianxian grabs Li Sheng’s shoulder and suspects his identity. The follower reports to Gu Tianxian that he found many traps. He scolds the follower and leaves. Li Sheng tells Wu Chuchu to go out. She thanks him for his help, and asks about his injury. 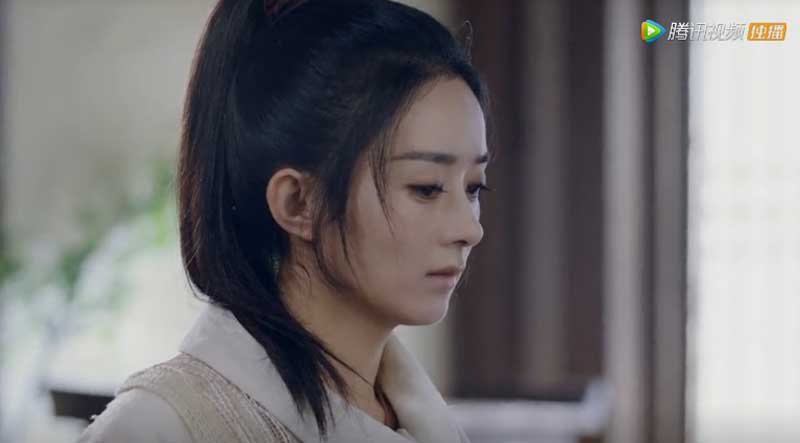 Note: From here on out there are specific plot spoilers for Legend of Fei Chinese Drama: Episode 17.

Wu Chuchu tells Wen Yu not to be nervous. She thinks Li Sheng is their friend because he knows the details. She returns the sword to him. Li Sheng reveals he came from 48 Villages and saw her portrait. She smiles and asks him if he knows Zhou Fei. He admits it and asks about Zhou Fei and other people.

Li Sheng tells Wen Yu that he and Wu Chuchu can go to 48 villages on their own. But Wen Yu is against it as he doesn’t want to make the two in danger. Li Sheng reminds Wen Yu that he should consider the people of Hengyang city first. Wu Chuchu agrees to what Li Sheng said, and hints Wen Yu that Zhou Fei is in the city. Wen Yu gives the dagger to Wu Chuchu.

Xie Yun dress up to be the old man Qian Suiyou, and visits Mr. Wang. He asks him about Feather and Clothes Theatrical Troupe. But Mr. Wang drives Qian Suiyou away. Blue Wolf asks the waiter about the theatrical troupe. The waiter says that he doesn’t know where they are, and complains that people keeps asking him about it. Shen Tianshu asks the waiter who asked about the theatrical troupe except them. The waiter has to confess when Blue Wolf threatens him.

Ling Yu finds out that her follower Lao Li was killed in the alley. She scolds the girl and tells her to report it to their master Ni Shang. Xie Yun goes to see Mr. Wang, and finds out that he was killed. Ling Yu shows up and sees the death of Mr. Wang.