This is the recap for Legend of Fei Chinese Drama: Episode 2. Li Jinrong whips Zhou Fei and blames her for releasing Xie Yun. She mentions her uncle Li Jinfeng died for protecting her. Zhou Yitang shows up and stops his wife Li Jinrong. He tells people what Zhou Fei said is right that they shouldn’t repay resentment since Xie Yun gave them the grace. 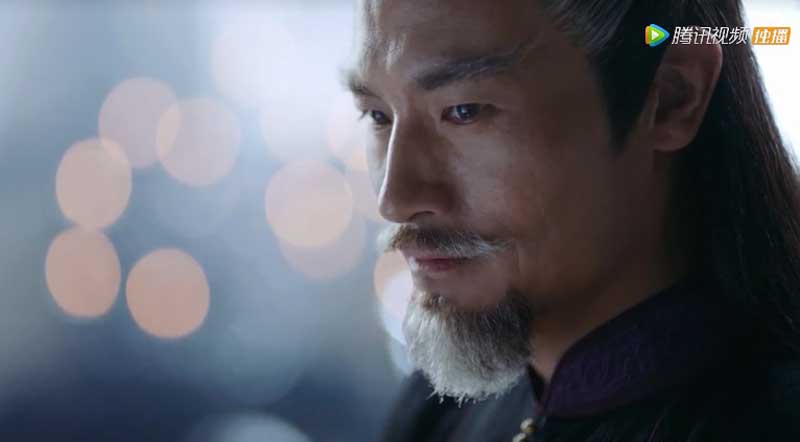 Note: From here on out there are specific plot spoilers for Legend of Fei Chinese Drama: Episode 2.

The old lady Madam Wang agrees to it and thinks Li Sheng and Zhou Fei wouldn’t collude with outsiders because they hadn’t left village. But Zhou Yitang thinks Zhou Fei is bias to think the thief doesn’t have evil intentions. He says that they need to catch the thief, and tells Li Jinrong to interrogate the thief after they catch him.

The follower reminds Li Jinrong that they should talk about how to catch the thief first. Li Jinrong releases Zhou Fei. Zhou Fei ignores her mother and walks away. Li Jinrong tells Zhou Yitang that her blade takes the duty of whole 48 villages. He asks her why she gives herself the hard time since there’re so many masters in the villages. He thinks she locks herself up.

The follower reports to Shen Tianshu that their men didn’t sneak into 48 villages. Shen Tianshu thinks it’s good that Xie Yun got into the villages. He thinks Zhou Yitang is going to go downhill, and asks the follower to inform Tong Tianyang to take action.

Zhou Yitang goes to see Zhou Fei and asks her if her ear is still in pain. She says that she won’t die. He thinks her temper is like her mom. She gets angry and thinks Li Jinrong gets used to beat her. He tells her to respect her mom. She thinks she should save the person because he saved them from Qianji battle array.

Zhou Fei complains that Li Jinrong only beat her since Li Sheng broke into Qianji battle array first. She thinks she was picked up from grave mound. Zhou Yitang tells Zhou Fei not to badmouth Li Sheng because he lost his parents. She says that she always takes the responsibility when Li Sheng is the mastermind.

Zhou Fei says that Li Jinrong praised Li Sheng to heaven when he just won her one time. She says that her mom never accepted her. Zhou Yitang tells Zhou Fei to tell it to him later, and thinks she will feel better after she speaks it out. She says that it’s nothing when she thinks of Li Jinfeng. She asks him what she did wrong to save Xie Yun.

Li Jinrong shows up and tries to take a look at the wound on Zhou Fei’s ear. But Zhou Fei cover her ear to make her mom not see it. Zhou Yitang tells Li Jinrong to leave with him.

Li Sheng tells Li Yan that he and Zhou Fei almost died in Ink River. She warns him that she will jump off the stairs if he dares to go downhill. He tries to drag her downstairs. She asks him for forgiving her. He comforts her that he will go downhill through taking part in the test of Xiushan sect.

Xie Yun spots Zhou Fei and thinks Li Jinrong beat her because she released him. Zhou Fei visits Xie Yun and tells him to come out. He shows up and gives her the wound medicine. She learns that he saw her mom beating her, and kicks him into the cave. She asks him about his goal of visiting 48 villages, and claims that she won’t let him leave if he doesn’t explain it.

But Xie Yun tells Zhou Fei that he doesn’t want to leave because the place is good. He asks her for some foods. She gives him a bag of chestnuts. He takes out one chestnut and tastes it. She tells him that it’s dog food, and asks him if he has revenge with her mom. He reveals her mom has revenge with Wang Lin.

Zhou Fei asks Xie Yun who is Gantang Duke. He laughs and doesn’t expect Gantang Duke’s daughter is so innocent. She is furious to take away the bag. She says that she doesn’t want to feed dog. She learns that Gantang Duke is her father, and asks who is Wang Lin. Xie Yun remembers Wang Lin set up a monument himself, and told him to hand over Anping badge to Zhou Yitang.

Xie Yun tells Zhou Fei that Wang Lin is just a pitiful old man. He says that Wang Lin is a hero, and tells her that he will worry about her if she’s aged. But she puts her blade on his neck because he doesn’t tell her why her mom didn’t want him to see her father. He asks her not to get angry no matter what he does. She promises it. But he flees.

Zhou Fei visits Zhou Yitang and tells him that she came to accompany him. He hears the song Xie Yun plays, and thinks he cannot avoid it. Li Sheng asks Zhou Yitang if he heard the song. Zhou Yitang reveals the song is called Anping Song. He adds that he is like to see old friend when hearing the song.

Zhou Yitang says that the song was composed by him when he followed Wang Lin to revolt. The men surround Xie Yun. Xie Yun feels sorry for making Lin Jinrong wait. She sneers at him and thinks it’s not faster than his music. He hangs the Anping badge on the tree, and tells her that he won’t risk himself for the badge because he just went to deliver the letter.

Li Jinrong tells Xie Yun that he cannot save his life even if he can play a song. He points out that she feared to make Gantang Duke listen to the little song. She intends to pull out her blade. But Zhou Yitang stops her. Xie Yun jumps down. Zhou Fei blames him for tailing her.