This is the recap for The Wolf Chinese Drama: Episode 5. Wolf Boy learns that Ma Zhaixing is the princess of Ma family. He realizes the reason why she betrayed him. Gu Qingping visits Ma family and wants to see Ma Zhaixing. But the fat guy tells him that Princess is charred body now. He adds that she is in the coffins. 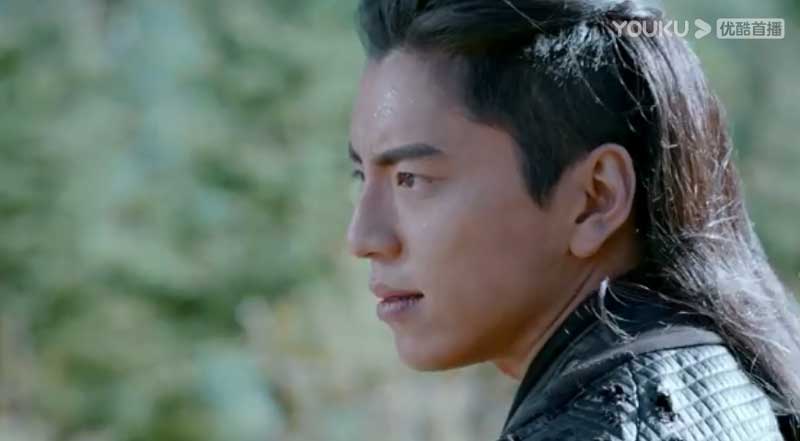 Note: From here on out there are specific plot spoilers for The Wolf Chinese Drama: Episode 5.

Gu Qingping asks if they found the copper bell of Princess. The guy says that he didn’t find it. Gu Qingping thinks Ma Zhaixing is alive, and offers to look for her. Wen Yan tells Bo King that Ma Zhaixing will wake up soon, and thinks he can ask her something.

Bo King takes a look at Ma Zhaixing. She opens her eyes. He thinks she isn’t Ma Zhaixing. Wen Yan says that Princess lost her memories, and thinks she will die if she doesn’t eat. Bo King tells Wen Yan to go to get water. The bodyguard reports to Ma Fengcheng that Ma Ying and his families were killed by Jin Kingdom. Ma Jing tells Ma Fengcheng to beg Emperor to attack Jin Kingdom.

Emperor says that he expected Ma Army would do that. Mr. Zhang reveals Ma Army wants to be sacrificed if Emperor attacks Jin Kingdom. Emperor thinks it was worth of killing Ma Ying. He tells the prime minister Jing Xiang to welcome Ma Army.

Bo King spots the Nvluo grass and tries to pick it up. But he is attacked by the tiger. The two tigers rush to Bo King and want to eat him. Bo King pulls out his dagger.

Gu Qingping thanks Wen Yan for keeping Princess’s life. Wen Yan asks Gu Qingping if he knows Princess. Gu Qingping tells Wen Yan that he was a friend of Princess. Wen Yan reveals Princess lost her memories because her head was hit. He thinks it’s good for her illness if Gu Qingping talks with her. He wishes him to wake Princess up.

Gu Qingping asks Wen Yan to let him stay with Princess alone. He promises to accompany her until she wakes up. Wen Yan leaves. Gu Qingping takes care of Princess and mentions what he said to take her to leave the sad place. Bo King returns and asks Wen Yan about Gu Qingping. Wen Yan reveals the person is an old friend of Princess.

Bo King drops the mint into the porridge, and tells Wen Yan to give it to Gu Qingping. Gu Qingping feeds Princess the porridge. She eats it and calls her father. He wants to escort her home because she asked for returning to Ma family. But Bo King rejects it. Gu Qingping claims that Princess wouldn’t eat without him.

Mr. Zhang tells Emperor that Ma Army said that he will believe it was done by Jin Kingdom if he writes the blood letter and swears. Emperor is furious and asks if he needs to swear to anyone later. Hai Die visits Emperor and tells him that Bo King is going to take Ma Zhaixing to go back to the city. He tells her to help Bo King.

Gu Qingping laughs and thinks Ma Zhaixing is the chip he joins Jin Kingdom. The follower reports that Bo King went to Ma family. Gu Qingping takes a look at Ma Zhaixing and tells her that he is the real wolf. He intends to kiss her. But Bo King stops Gu Qingping.

Gu Qingping says that he thought Bo King went to Ma family. Bo King smiles and says that he couldn’t see his heart if he didn’t lie to him. Gu Qingping tells his followers to take away Ma Zhaixing.