This is the recap for Legend of Fei Chinese Drama: Episode 5. Zhou Fei wants to save the people in the Black Jail. But Xie Yun stops her and draws the map of the jail. She wonders how he knew the details. He reveals he unlocked the door and went out many times. 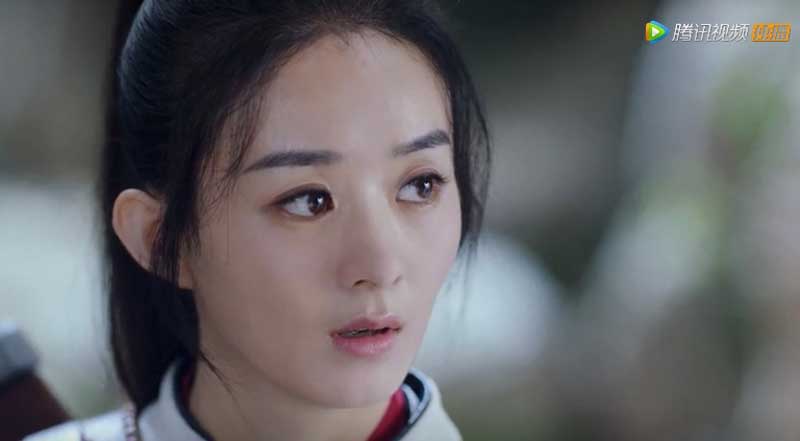 Note: From here on out there are specific plot spoilers for Legend of Fei Chinese Drama: Episode 5.

Zhou Fei wonders why Xie Yun didn’t save the people since he could leave the cell. He mentions what he said that he’s poisoning. She jumps out of the cave and visits him. She gets him to unlock the door and takes a look at the map. She decides to leave. But he stops her and tells her to be careful of a person who wears red clothes.

Xie Yun tells Zhou Fei to go home and report it to Li Jinrong. He thinks Huo Liantao will release Zhang Chenfei if Li Jinrong visits him. Zhou Fei asks Xie Yun what he will do. He tells her to pretend not to know the thing. She stares at him. He claims that he is a man who has principle. He adds that he won’t get little beauty to do dangerous things.

Xie Yun says that he didn’t find good materials, and gives Zhou Fei a wood blade. He tells her that he will give her a real blade. She accepts the wood blade, and asks him if he really doesn’t want to leave. He tells her to save herself first. She wishes him to be alive well because he owes her debts.

Zhou Fei encounters Shen Tianshu when she avoids the guards. He asks her if the guards are looking for her. She reveals she has to look for her brother because he was caught. She notes that he’s coughing, and asks him if he’s sick. She reveals her father coughed when he caught cold.

Shen Tianshu says that it’s just an old injury. Zhou Fei gives the bread she took from the lookout post, and tells him not to eat the foods which are given by guards because it contains poison. He asks her if she knows where her older brother is locked up. She denies. He tells her that the master of the place is Mu Xiaoqiu who challenged three elders of Tai Mountain Sect.

Zhou Fei learns that Mu Xiaoqiu is a strong person, and decides to look for the antidote. She follows the chef and stuns him. She finds some medicines. The follower gives clothes to Shen Tianshu, and tells him that Mu Xiaoqiao is in the Black Jail. Shen Tianshu orders to kill Mu Xiaoqiao after Tong Tianyang arrives. He takes a look at the bread and tells the follower not to hurt Zhou Fei.

Zhou Fei goes to see Xie Yun and asks him to find the antidote from the medicines. But he finds out that there isn’t any antidote in the medicines. The guard yells that someone broke through the place. Zhou Fei and Xie Yun take a look. The guard says that Di Sha attacked them.

Xie Yun tells Zhou Fei to go to the room of Mu Xiaoqiao because he thinks he’s fighting with the enemies. Xie Yun finds the antidote from the room, and steps on the stone. He finds the explosive inside, and thinks Huo Liantao wants to blast Black Jail.

Zhou Fei breaks the cells. Xie Yun gets the people to smell the antidote after they left the cells. Zhou Fei goes to save Li Sheng and Zhang Chenfei. She spots Tong Tianyang stepping on the guard. Xie Yun is surprised that Zhou Fei knows Tong Tianyang, and tells her to leave because he thinks Di Sha will kills the people there.

But Zhou Fei rejects to leave because her mom will kill her if she doesn’t save Zhang Chenfei and Li Sheng. The follower reports to Huo Liantao that Tong Tianyang came to look for him. Huo Liantao decides to avoid Tong Tianyang.

Tong Tianyang encounters Huo Liantao and tells him to hand over the Water Ripple to him. Huo Liantao denies and gets his followers to block Tong Tianyang’s way. Zhou Fei and Xie Yun try to save the people from the cells. Taoist Chong Xiao hints the two that the guards are attacking them.

Zhou Fei fights with the guards. But she cannot defeat them. Chong Xiao teaches her to kill all of the guards. She finds Zhang Chenfei and asks him if Li Sheng is there. He denies. Xie Yun gives the antidote to Zhang Chenfei. Zhang Chenfei introduces Wu Chuchu to Zhou Fei. Zhou Fei tells them to leave because the Black Jail is dangerous.

Wu Chuchu asks Zhou Fei if she is scared. Zhou Fei brags that she will ruin the mountain after ten years. She hears the song and asks Xie Yun about it. He reveals the song “Crying Makeup” is sung by Rose Sparrow Master Mu Xiaoqiao. Mu Xiaoqiao shows up and asks Shen Tianshu wants he wants. Shen Tianshu tells Mu Xiaoqiao to give his hand to him.

Shen Tianshu defeats Mu Xiaoqiao. Tong Tianyang reports to Shen Tianshu that Huo Liantao lighted up the explosive. He tells him to leave. Zhou Fei encounters the guards. She fights with the guards for protect her friends. Chong Xiao teaches her how to walk while fighting. Xie Yun learns that Chong Xiao comes from Qi Sect.