This is the recap for Legend of Fei Chinese Drama: Episode 6. Mu Xiaoqiao learns what he sang is wrong. He is insane to leave. Shen Tianshu tells Tong Tianyang to visit Huo family himself, and asks him to report it to him in Hua Rong. 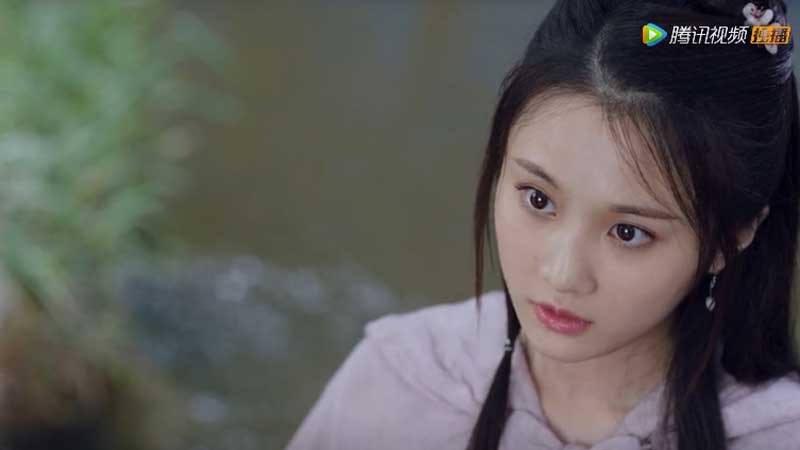 Note: From here on out there are specific plot spoilers for Legend of Fei Chinese Drama: Episode 6.

Zhou Fei goes to see Zhang Chenfei, and tells him that he’s fine. He complains that he cannot explain it to Li Jinrong if she’s hurt. Xie Yun tells Zhang Chenfei to take a break and go to Hua Rong. Zhang Chenfei thinks it’s a good idea, and asks Zhou Fei to follow him because he wants to talk with her about Li Sheng.

Zhou Fei tells Zhang Chenfei that it wasn’t her fault. She reveals Li Sheng has wanted to leave. He tells her to accompany Wu Chuchu because he thinks she’s sad. He finds the wood blade she drops, and promises to give her a real blade in Hua Rong. She rejects it and gives him the sachet.

Zhou Fei goes to see Wu Chuchu and asks about her brother. Wu Chuchu reveals Xie Yun helped her brother get a place to rest. She wants Zhou Fei to thank him. But Zhou Fei rejects it and thinks Xie Yun likes to help people. Wu Chuchu asks Zhou Fei if she is familiar with Xie Yun. Zhou Fei reveals it’s her second time to see him. She spots the necklace Wu Chuchu wears.

Zhang Chenfei spots Xie Yun flirting with Zhou Fei, and tells her to come to eat. Xie Yun gives Zhou Fei the grilled fish after they joined Zhang Chenfei. Zhang Chenfei parts the two and asks Xie Yun about his master. Xie Yun says that he is a sword maker. He reveals he was a composer when Zhou Fei questions him.

Zhou Fei tells Xie Yun that she wants to fight with Mu Xiaoqiao like her mom. He comforts her that she can do that one day because she’s the successor of South Blade. She tells him not to mock her, and mentions her mom’s Breaking Snow Blade can resist thousands of soldiers. She thinks she can do nothing.

Xie Yun thinks Zhou Fei needs some time because she just went downhill. He asks her if she thinks she was mess in the fight. She says that she knew what is the real sword master after seeing the fight of Shen Tianshu and Mu Xiaoqiao.

Chong Xiao casts the branch to Zhou Fei. She avoids it and asks him what he wants to do. He asks her if she read a book. She admits it. So he gives his book to her. Zhang Chenfei wonders why Chong Xiao was caught into Black Jail because his martial art is very high. Xie Yun thinks Chong Xiao intended to be caught to know the secret behind the case.

The follower reports to Li Jinrong about Zhou Fei and Li Sheng’s fault. She’s furious and regrets for letting the two go downhill. Ma Jili comforts her that Madam Wang maybe find the two kids. She swears to break their legs after they come back.

Madam Wang finds Li Sheng and thinks he wants to win Zhou Fei. She asks him if he would flee if the one who chased him was someone else. Li Sheng says that he doesn’t hate Zhou Fei. But he cannot stand that she looks down on him. He adds that Li Jinrong didn’t teach him Breaking Snow blade. Madam Wang tells Li Sheng that Li Jinrong will teach it to him one day. She scolds him for being jealous of his younger sister.

Zhang Chenfei takes Xie Yun to arrive at the hotel. He tells him that the hotel belongs to 48 Villages. The guy bullies Wu Chuchu. Zhou Fei catches the guy. The servants show up and tell her not to hurt the person. The hotel owner reveals the young master is the son of Lord Zhu.