This is the Recap & Ending for Master of My Own Chinese Drama: Episode 5. Ning Meng asks Ms. Feng about the thermos project. But Ms. Feng tells Ning Meng that she forgets it. Ning Meng buys many thermoses. She tells Yang Xiaoyang to give the thermoses to the colleagues. 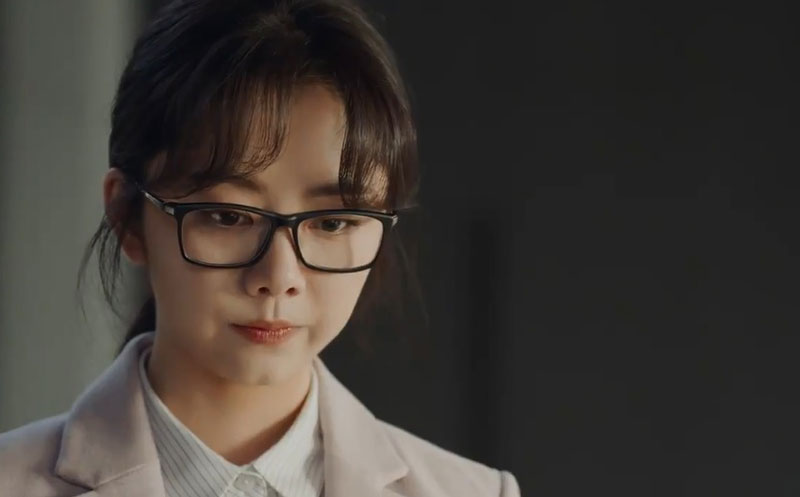 Note: From here on out there are specific plot spoilers for Master of My Own Chinese Drama: Episode 5.

Ning Meng goes to Locke Technology. She runs into Max. She gives him some advice regarding the thermos. He invites her to design the thermos with them. Ning Meng hands over the thermos project report to Qiu Junlin who’s paying attention to his stock.

Qiu Junlin promises to take a look at the report. But he tosses the report aside after Ning Meng left. Lu Jiming scolds Yang Xiaoyang for not making the coffee well. She tells him to hire a new secretary since President Xu resigned. He realizes that she’s teaching him what to do. He asks her if she wants to take his seat.

Ning Meng laughs. She mentions what Lu Jiming did to her. Yang Xiaoyang agrees to what Ning Meng said. She reveals she mistook that she would have a love relationship with Lu Jiming when she joined the company. She thinks the handsome president can only be seen from a distance.

Max calls Ning Meng. He tells her that his boss wants to work with her company. She goes to see Lu Jiming with the thermos. But he tells her to talk about it with Qiu Junlin. She hands over the thermos to him, asking him to take a look at it. But he pushes the thermos away.

Lu Jiming claims that he’s very busy. He tells Ning Meng that only his secretary can get into his office. He asks her who she is. He reminds her that he can give everything to her if she’s his secretary. But she tells him that she doesn’t have any idea. So he tells her to leave. She gives the thermoses to him. She tells him to use it.

Ning Meng tries to leave. Lu Jiming stops her. He mentions what he said that she’s not good at doing investment. She talks back that she has worked for him for three years even if she thought she wouldn’t do the secretary well. He laughs because he thinks secretary doesn’t require any skill.

Master of My Own Chinese Drama: Episode 5 Ending

Ning Meng tells Lu Jiming that she decides to resign. She asks him to be nice to Locke’s project. Because she thinks it’s a good project. She’s furious to leave his office. Yang Xiaoyang follows Ning Meng. She persuades her when she’s packing her stuff.

Master of My Own Chinese Drama: Episode 5 stars Tan Songyun and Lin Gengxin.