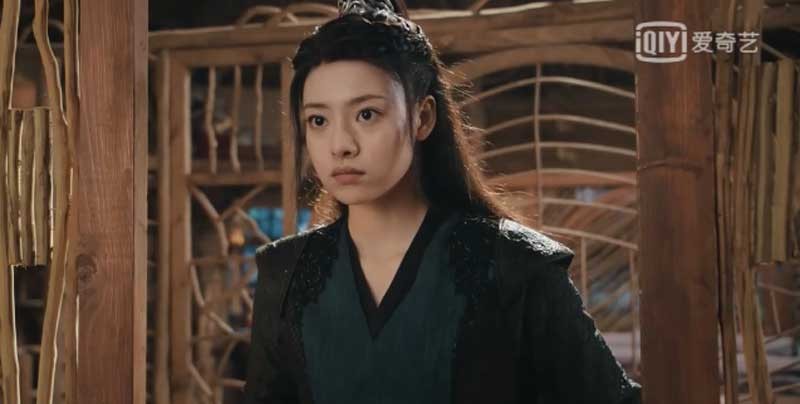 “No Boundary” is a new Chinese historical drama which comes out in 2021. The drama tells a story about a goddess Duanmu Cui who goes to mortal world to get rid of evil spirits. But the cop Zhan Yan mistakes her to be the murderer. He arrests her and takes her to police station.

No Boundary is adapted from Wei Yu’s novel “The Storm of the World“.

Zhang Yishang and Guan Hong are the lead actors. 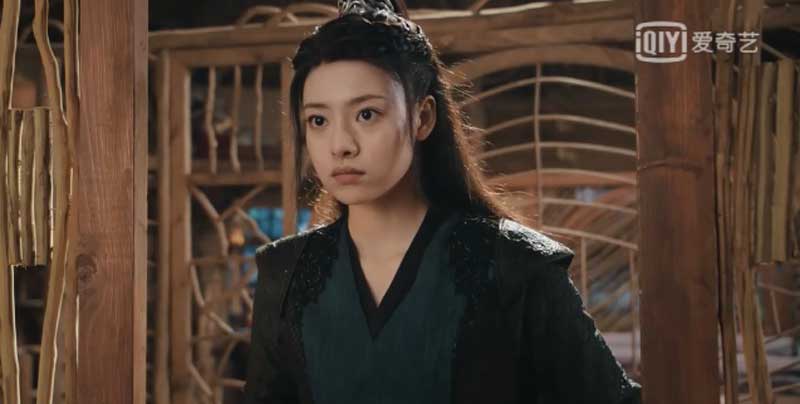 The follower reports to Zhan Yan that something happened in Baiwen bookstore. Zhan Yan goes to the bookstore and looks into the place. He thinks the culprit was a cat, and tells the bookstore owner that he will get the master of the cat to compensate him.

Zhan Yan follows the cat and arrives in Xihua Sect. He thinks the master of the cat is in Xihua Sect. The follower tells Zhan Yan that they cannot get into Xihua Sect without permission. He reminds him the chief Jiang Yi told him not to care for Xihua Sect’s business.

The girl reports to Zhan Yan that there’s a murder case in Liu village. He goes to Liu village and learns that the beauty Cui Yu is related to the case. He decides to go to Baihua club.

The butterfly reports to Duanmu Cui that the men of Qifeng sect went to Liu village. She thinks they wouldn’t think about Baihua club. Duanmu Cui thinks the cop in mortal world cannot look into the case. She says that she will wait for the beauty while eating.

The guy pushes Hong Nuan over when he asks for seeing Cui Yu. Zhan Yan saves Hong Duan. She recognizes him and tells him each girl in Baihua club knows him. The club owner complains to Zhan Yan that those men bullied her. She asks him to touch her heart to prove it. But he wants to see Cui Yu.

Duanmu Cui startles Cui Yu. She asks her if her lover Mr. Zhang knows her real face. She adds that those poor men lost their lives for her face. She tells her to get back with her. Cui Yu attacks Duanmu Cui and asks her who she is. Duanmu Cui blames Cui Yu for killing people in the place of Xihua Sect.

Cui Yu recognizes Duanmu Cui. Duanmu Cui mentions Cui Yu broke her rules and catches her. Cui Yu flees with Hong Duan when Zhan Yan knocks at the door. Duanmu Cui tries to chase Cui Yu. But Zhan Yan grabs Duanmu Cui’s hand because he worries that she will fall. She lets his hand go. But he hugs her and falls to the ground with her.

Zhan Yan calls Duan Mucui big sister. She is furious to scold him. He recognizes her earring and thinks she’s the murderer. He wants to catch her. She uses the leaf to make him leave. She recognizes him after the girl called him.

She was a female general one thousand years ago. She got killed in the big war. Her father gave his god qualification to her. She became a goddess.

He’s cop who has the duty to catch culprits. But the culprits are evil spirits. He doesn’t have the ability to catch them. So he needs Duanmu Cui to assist him.

She pretends to be a weak spirit in front of Duanmu Cui. She’s actually the agent of demon realm. She likes Wengu Weiyu.

He’s dragon king’s son. He’s also the young master of demon realm. He loves Duanmu Cui deeply. He gave up his dragon horn to become the god. Because he wanted to get together with her.