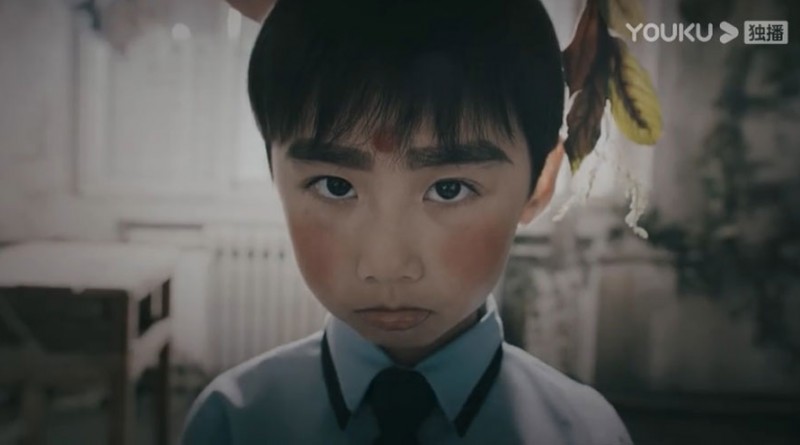 This is the recap for Skate Into Love: Episode 2. Tang Xue reminds Yu Bing that she was his classmate in elementary school, and treats him like before. But he avoids her enthusiasm, and says that he didn’t spend any money because of her. She agrees to it and says that he spent all of money on her. 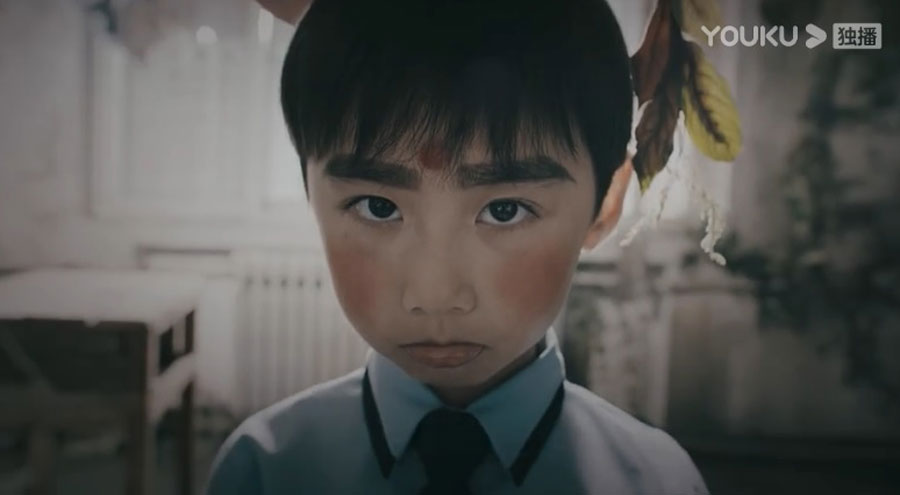 Note: From here on out there are specific plot spoilers for Skate Into Love: Episode 2.

Tang Xue is surprised that Yu Bing became ice god even if he just got in university. He brags that he is learning astronomy. She thinks he is the study bully like before.

Yu Bing asks Tang Xue what discipline she’s studying. She says that it’s animal medicine. He mentions it’s beast medicine, and thinks what she studies isn’t important as his assistant.

Tang Xue puts her hand on Yu Bing’s shoulder and reminds him that she took care of him when she was his boss. She thinks he hired was to repay her grace. But he tells her to do what he asks her to do.

It flashes back. Tang Xue threatens Yu Bing not to take full mark with caterpillar, and he is startled to wipe off the answer.

Tang Xue tells Meng Huan that she will become skating woman once she learns skating. Meng Huan says that there are many people envying Tang Xue for joining ice hockey club.

Tang Xue dresses Yu Bing to be a little girl, and gives him a goodbye kiss. Yu Bing wakes up from the nightmare, and thinks it’s Tang Xue’s turn to have nightmare.

The next day, Yu Bing introduces Tang Xue as the team assistant to the members of ice hockey team. He tells them that she will wipe the equipment for them.

Yu Bing tells Tang Xue to take out her note to record the dishes, but he tells her that the dishes he doesn’t want to eat. Tang Xue is surprised that Yu Bing has her class schedule, and he tells her to buy the meal in 15 minutes.

Da Jiang asks Yu Bing to go to eat with him, but Yu Bing tells Da Jiang that he has eaten. Da Jiang thinks Yu Bing abandoned him.

Tang Xue runs to bring the dishes to Yu Bing, and picks the dishes for him. He reminds her that she forgot the soup, so that she has to buy him soup.

Yu Bing tells Tang Xue to carry the boxes, and asks her if she knows what to do when she is tired. She doesn’t know.

It flashes back. Yu Bing sweats to carry Tang Xue’s schoolbag. She asks him if it’s heavy. He’s weak to say yes. But she tells him to switch his shoulders.

Yu Bing wakes Tang Xue up and reminds her that it will be closed up. She complains that she still didn’t practice skating. We find out that she is dressed up to be ugly.

Yu Bing invites Tang Xue to ride his bicycle, but trips her to the ground. She returns home and her looks makes the roommates laugh. Tang Xue looks at the mirror and rages to yell that Yu Bing is a dog.

Meng Huan comforts Tang Xue that Yu Bing just made fun of her while eating in the bathroom. She tells her that foods can solve most of pain. Tang Xue says that she eats noodles on the toilet for the first time.

Liu Ying drops the chicken powder in the noodles, and Tang Xue yells that it’s delicious.

Tang Xue hits Yu Bing’s head and tells him to fire her. But he tells her to pay 100,000 yuan according to the contract.

Tang Xue is furious to take the class, and Meng Huan asks Tang Xue if she resigned. Tang Xue says that she was bitten by a dog.

Zhen Yu thinks Yu Bing wouldn’t bully Tang Xue if she has a boyfriend. He tells Meng Huan that he is a good boyfriend to her.

Tang Xue mistakes Yu Yan as Zhen Yu, and hits his back. The soup is turned over, and Tang Xue asks Zhen Yu to buy Yu Yan a can of soy milk.

Zhen Yu laughs and says that he sees someone making friends with soy milk for the first time. Tang Xue explains that she just expressed her apology.

Zhen Yu is surprised that someone bullied Tang Xue. She thinks Yu Bing is enjoying the pleasure as ice god. Meng Huan and Zhen Yu comfort Tang Xue that they will take revenge after graduation.

Tang Xue reveals she needs to pay Yu Bing 100,000 yuan, and Zhen Yu asks how they can rip the contract.

Tang Xue sneaks in the club, and finds her contract. But she flees to the locker room for avoiding Manager Ma. Yu Bing catches Tang Xue and takes the contract away.

Yu Bing texts Tang Xue and asks her to study at the library with her. He gives her a simple question, and she gets the answer 2,190. He tells her that he prepared a gift for her, and it’s distance 2,190 meters from her.

Tang Xue arrives at the lab and finds her personal stuff from the box. She is furious to return to the library, and warns Yu Bing not to tell others what happened in the bathroom.