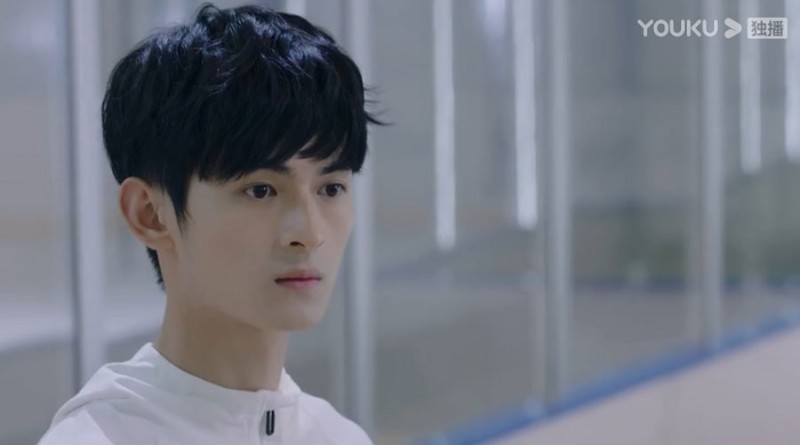 This is the recap for Skate Into Love: Episode 3. Tang Xue intends to tell classmates what happened on her and Yu Bing that day. Yu Bing is startled to take Tang Xue away, and she rages to kick his bicycle. 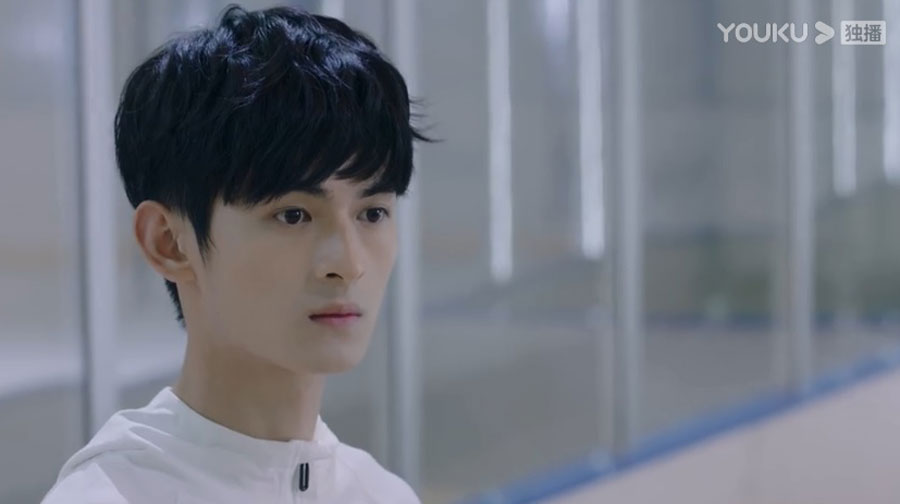 Note: From here on out there are specific plot spoilers for Skate Into Love: Episode 3.

Meng Huan tells a good news to Tang Xue that she joined the fan group of Yu Bing, and Tang Xue sees the photos of her and Yu Bing.

The fans think Yu Bing wouldn’t fall for Tang Xue. Tang Xue leaks the news that Yu Bing fell for her and asked her to buy him breakfast. The fans volunteer to buy Yu Bing breakfast.

Tang Xue says that the one who bids highest will get the job, and the money will donate to the persecutee association.

Meng Huan asks what organization is the persecutee association. Tang Xue says that she just created the organization, and the subject of salvage is her.

Tang Xue thinks she should get praised. Meng Huan thinks Tang Xue did a great job, and reveals her view of life got refreshed since she followed her.

Yu Bing calls Tang Xue and reminds her it’s time to send breakfast to him. She tells him that it will come soon when she’s sleeping.

The fan Qiu Qiu hands over the breakfast to Yu Bing and tells him that Tang Xue has something urgent. Yu Bing asks Qiu Qiu to tell him the truth, and promises to watch movie with her.

Qiu Qiu tells the truth to Yu Bing, and asks him if he loves Tang Xue irresistibly.

Meng Huan tells Tang Xue that there is a person asking for sending breakfast for a month, and the person is Zhou Ran. Tang Xue rejects it.

Zhou Ran walks to Tang Xue and thinks veterinarian discipline is suitable for her. Tang Xue talks back that it’s free to treat her if Zhou Ran gets sick.

Zhou Ran waits for Yu Bing and gives the breakfast to him. She introduces herself as Tang Xue’s cousin, and says that Tang Xue thought he is a nice person.

Yu Bing asks Tang Xue to throw away the garbage for him, and she gives the garbage to Zhen Yu. Yu Bing thinks Zhou Ran is better than Tang Xue, and lets her take his bag.

Yu Yan’s skill of figure skating stuns Tang Xue, and she thinks the song is very suitable for him. So Yu Yan asks Coach Jin to allow him to use the song. But Coach Jin thinks the judges won’t like the song, and he goes to look for songs.

Tang Xue thinks she affected Yu Yan, but he tells her that he likes the song as well.

Yu Bing shows up with his team members, but they’re stopped by the man. The man tells them that they have national champion Yu Yan, and offers to get Yu Yan to challenge Yu Bing.

Tang Xue encourages Yu Yan to show his skills to people, and Da Jiang asks her whose assistant she is. The man thinks only Tang Xue is reasonable in the ice hockey team. The team members rage to take clubs to point at the man.

The man promises to do handstand to skate if any person of ice hockey team defeats Yu Yan. Da Jiang fails and tells Yu Bing that he wants to see the man to do handstand skating.

Yu Bing fails because he wears hockey skate. Tang Xue smiles at him, and feels happy.

Tang Xue mistakes that Yu Yan is poor and gives her chicken leg to him. But he rejects it and claims that he cannot eat high-calorie food.

Yu Bing reminds Yu Yan to stay away from Tang Xue, and thinks she will bully him. But Yu Yan thinks Tang Xue is very nice. Yu Bing thinks Yu Yan’s brainwashed by Tang Xue, and he’s taken away by Da Jiang.

Tang Xue remembers what Yu Bing and Yu Yan skated, and regrets for giving up skating.