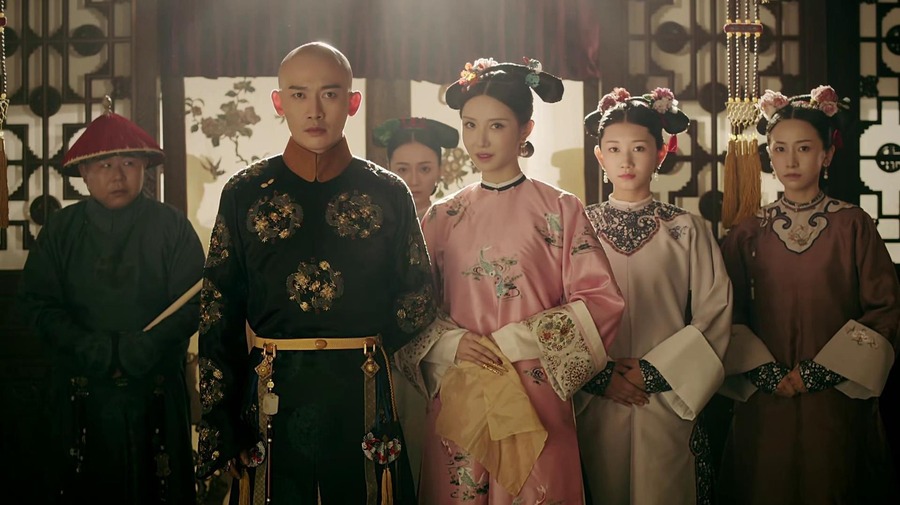 Note: From here on out there are specific plot spoilers for Story of Yanxi Palace Chinese Drama Episodes 15-16.

Wei Yingluo reports to emperor that somebody dropped sauce into the meat of sacrifice. He is furious, and fires Hong Xiao as she dropped salt in his meat. He even investigates everybody. To her surprise, Fu Heng didn’t add the salt she gave him. So she takes off her camouflage, and claims she didn’t regret to frame him as her sister was dead because of him.

He takes out a knife, and asks her to kill him proving his innocent. But she didn’t do it, and flees with sadness. She thinks he must be telling empress about what she did, and doesn’t know what should she do. But he didn’t tell his sister, and covered for her.

Wei Yingluo’s inside is on Fu Heng’s side, and forces him to tell her about her sister. He admits that he didn’t know her sister, and the jade plate is dropped by mistake. She believes his explanation. He confesses that he knew she had evil intention to her, but he cheated himself. He grasps her hand later.

The kind-hearted Imperial Concubine Xian doesn’t exist anymore after her mother committed suicide, she is just a revenger now. She plays with the 4th Prince, and becomes his only mother, as if nothing happened.

Empress checks Wei Yingluo’s handwriting, and finds out the only word she wrote is “bearing”. She persuades her to give up her revenge, and be nice to others. Er Qing fears empress cannot keep her position since she doesn’t have son, and persuades her to get pregnant. But empress scolds her, and calls Imperial Concubine Chun to her house, but asks others to wait outside. Wei Yingluo thinks there some matters between them.

Emperor lost his temper, and breaks into empress’s palace. But they’re prepare his birthday gift, and he says he likes it no matter what gift she gives to him.

Empress explains to Wei Yingluo that she has cold body after giving birth to the 3th Prince, so she looks weird.