In the 21-22th episodes of Story of Yanxi Palace Chinese Drama 2018 Recap, Imperial Concubine Gao tells Wei Yingluo that Fu Heng killed her sister Ying Ning, and offers her the poison to take her revenge. Fu Heng is sad after knowing she wanted to kill him. 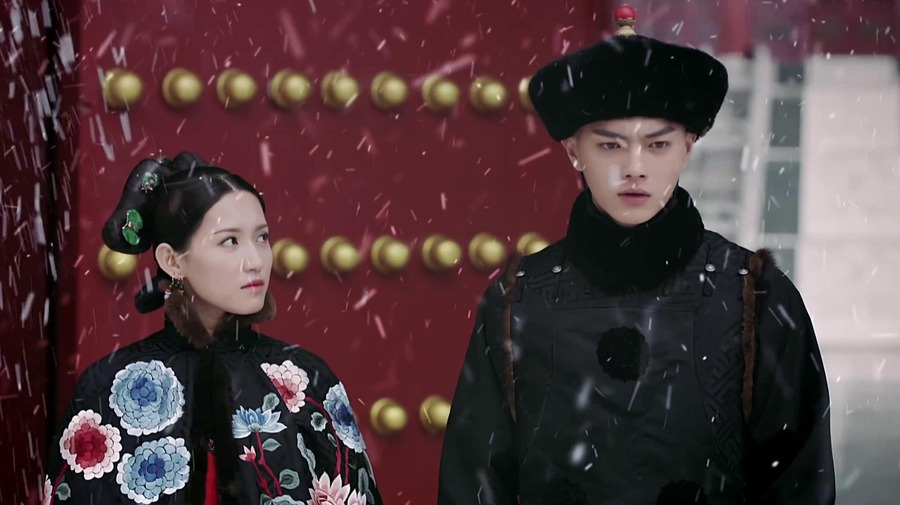 Note: From here on out there are specific plot spoilers for Story of Yanxi Palace Chinese Drama Episodes 21-22.

Nalan Chunxue gives Imperial Concubine Gao a gesture to hint her that she got it. Ming Yu tells empress that the relics of Buddha was stolen, and asks her to get the change to perform at the end of the party. Empress doesn’t what she means, but follows Wei Yingluo’s indicating.

Wei Yingluo claims she will perform getting stuff through remote. People finds out the relics of Buddha disappears when she takes out the tower of Buddha. She goes to take it from Nalan Chuxue. People thinks it’s just a performing, only Nalan Chuxue knows her plan fails.

Queen wants to see Nalan Chunxue since she found the relics of Buddha for her, and Nalan Chunxue takes Queen to enjoy peony. Just then a maid jumps off from tall building, and kills herself. Queen asks another maid who knows the detail, the maid replies that she committed suicide because of acting goddess of the Luo River. But Wei Yingluo interrupts her, and says she acted Imperial Concubine Yang.

Fu Heng goes to give amulet to empress next day, she mentions his marriage. He rejects it, but peeks at Wei Yingluo. Meanwhile Wei Yingluo drops the poison into tea.